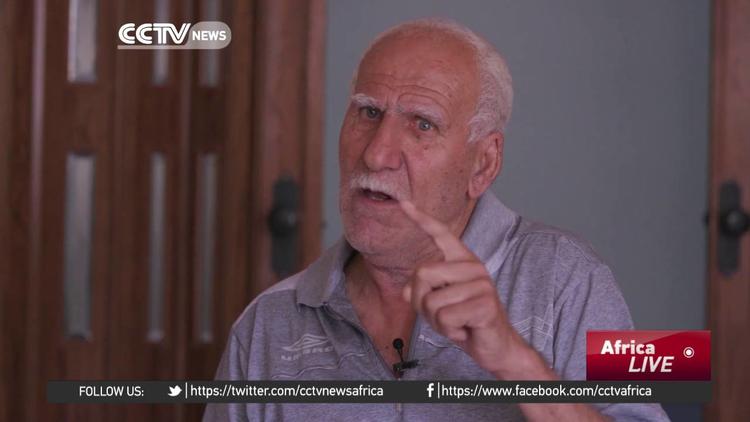 It is slowly becoming clear that the extremist Islamic State group is returning to its roots, setting off bombs to kill innocents in crowded places, to cause chaos. Then it plans to take advantage of the unrest.

The extremist group known as the Islamic State has lost major amounts of territory over the past six months and in terms of its stated goal of creating an actual state that “will remain and expand”, it is certainly failing. However, this has also meant a change of tactics. Rather than acting like an army that fights other armies, the Islamic State, or IS, group is returning to the tactics of the organisation from which it was born, Al Qaeda in Iraq.

Since February 2016 the number of terrorist-style bombings per day has increased quickly, says senior Baghdad police officer, Karim al-Muhamadawi. “Over the past year the number of suicide bombings and detonations of improvised explosive devices had been decreasing,” he told NIQASH; analysts think it was because the IS group was busy running its own areas. “There was only one or two explosions every day. But now things have changed.”

There are around six to ten explosions every day at the moment, al-Muhamadawi says, and even that number is going up, especially after the IS group were pushed out of Fallujah, their main stronghold near Baghdad.

Locals in Baghdad say they are worried about even going to the market now; just this week, there was another bombing at a busy Baghdad market.

Reports by the Iraqi Ministry of the Interior also indicate an increase in the number of roadside bombings targeting army and police. There had been a hope that once the IS group had been weakened in the cities it was holding, it would no longer be able to carry out these kinds of attacks.

The question for most Iraqis now is this: Who is carrying out these attacks in areas populated mostly by Shiite Muslims? After all, the IS group is a Sunni Muslim organization and many neighbourhoods in cities like Baghdad became dominated by one sect or another, for safety’s sake, after the conflict in the mid to late 2000s.

“Our investigations have found that there are sleeper cells inside cities,” al-Muhamadawi explains. “They are composed of ordinary people who do ordinary jobs – like construction or carpentry. Some of them are even government employees.”

These cells work to gather intelligence about suitable targets.

“They collect information on residents in different areas and make sure they know what size security forces are in the area, then they help the IS group choose targets and timing,” al-Muhamadawi says. The spies don’t actually do any of the military work.

As an example, al-Muhamadawi says that two weeks ago police arrested a senior member of the IS group in the southern Baghdad neighbourhood of Dora. He was a 26-year-old who pretended he was Shiite Muslim, hanging pictures of Shiite Muslim religious figures around his house, so as not to cause suspicions.

The tactics now being used by the IS group are almost certainly deliberate, sewing sectarian discord and weakening the political system in Iraq.

The terrible bombing in the bustling Baghdad district of Karrada recently, that claimed 292 lives in the truck bomb blast and the ensuing fire, saw almost the whole city in mourning over the Eid holiday. An attack in a multi-sectarian area like Karrada cannot help but cause neighbours to become suspicious of neighbours. Iraqi social media has seen a greater exchange of accusations and sectarian slurs too.

More recently an attempted suicide bomb attack at a Shiite Muslim shrine in Balad, in Salahaddin, north of Baghdad, has been compared to the Al Qaeda attack on Shiite shrines in Samarra in 2006. This attack was seen as a major driver of the Shiite-on-Sunni sectarian violence that plagued Iraq between 2006 and 2008.

Before mid-2014 when the IS group were able to take over whole cities, Al Qaeda in Iraq had used precisely these tactics to cause chaos they could then exploit. Certainly, the political mess and long standing differences in Mosul helped the IS group to take over there in 2014.

Today there are other issues the extremist group can exploit. These include continuing abuses of the Sunni Muslim population in areas that the IS group has been pushed out of, hundreds of thousands of displaced Sunni Muslims living in difficult conditions, political conflicts between the ruling Shiite Muslim alliance, lack of reform, a change of government and fear of the Shiite Muslim militias fighting the IS group.

“There is certainly a plan to ignite sectarian violence in Iraq,” argues Kazem al-Shammari, an MP who is part of a cross-sectarian bloc in Parliament. “And there are groups who participate in this plan just by doing what they do, creating sectarian trouble and sectarian fighting, just as happened in 2006. The Karrada bombing, the attack in Balad and the targeting of displaced people’s camps in the Dora area as well as the controversial statements being made by some politicians are all frightening indicators about the future of this country,” he concludes.

Both the Iraqi President, Iraqi Kurdish politician, Fuad Masum, and the Speaker of Parliament, Sunni Muslim politician, Salim al-Jibouri, have issued statements along the lines that they too believe the aim of the recent attacks is to ignite another sectarian war in Iraq.

It is clear to everyone now that, although the Iraqi military’s ability to defeat the extremists has been proven, the ongoing fight against the Islamic State group is going to be different. It will be more political and related to the quality of intelligence that can be gathered.

The political issues will be related to transitional justice, security and service-related problems and how quickly the displaced can return to their homes. The intelligence-gathering issues lie at the heart of the matter though; the weakness of security forces in this area due to administrative corruption has resulted in a lack of ability to detect these so-called sleeper cells.

CCTV: ” Life under the rule of ISIL”