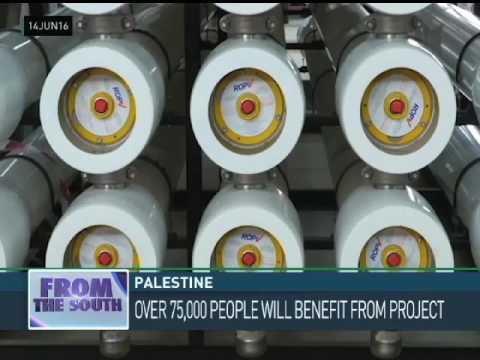 The Turkish Minister of Forestry and Water Affairs announced, Tuesday, that Turkey is to establish a seawater desalination plant to solve water crisis, estimating the coast of the project to $300,000,000 USD.

The minister noted, according to Al Ray, that the project is big-ticket, noting that some countries announced that they will contribute to the project.

Gaza water infrastructure has shuddered under the burden of an almost decade-long Israeli-Egyptian siege. Three major Israeli wars on Gaza since 2008 have only exacerbated the problem, with jets bombing every square kilometre of the strip, inflicting damage onto reservoirs above and pipelines below the ground.

The director of Coastal Municipalities Water Utility in Gaza explained that the proportion of groundwater that is unfit for drinking is more than 97%.

He added that the amount of chloride in the groundwater is higher than the normal average according to the Palestinian specification and the standards of World Health Organization which estimated the chloride in the water up to 1.500 milligrams per liter.

However, the standards of World Health organization warns of the increasing of chloride in water to more than 400 milligrams per liter.