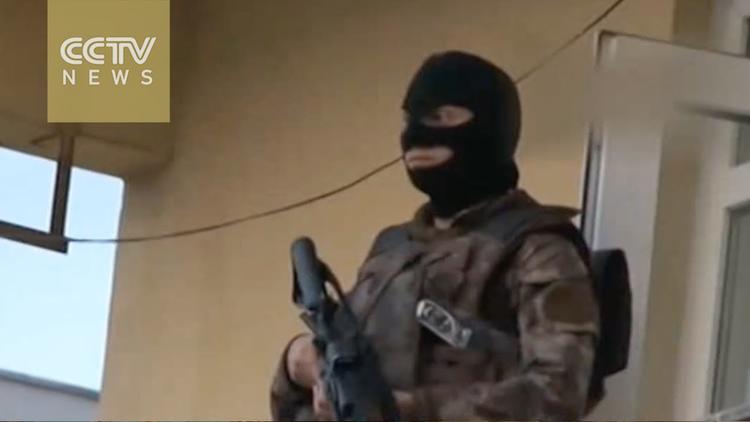 You don’t have to be an avid follower of international news to have heard about the terror attack at Istanbul’s Ataturk airport – Turkey’s biggest and Europe’s third largest hub for air travel. Most likely carried out by ISIS, the attack killed 42 people and wounded hundreds of others on June 28.

The attack overshadowed two major headline events. Both these events, ironically, had to do with Turkey attempting to change course on policies that may well have opened the door to the airport bombing.

As a scholar who focuses on foreign policy analysis and political leadership in Europe and the Middle East, I’d like to explain how all of these events can be seen in the broader context of what I call Turkey’s six foreign policy sins.

Turkish President Tayyip Erdogan recently sent a letter of apology to Russian President Vladimir Putin, expressing his regrets for downing a Russian jet in late 2015 near the Turkey-Syria border.

The news surprised many. Since the onset of the Syrian civil war in 2012, Turkey emphasized its right to take any necessary measures against airspace violations. Erdogan’s apology suggests either an admission of negligent behavior – Russia has denied allegations of violation – or an indirect confession of how badly Turkey needs Russia. It may be both. A plunge in the number of Russian tourists visiting Turkey might explain Erdogan’s apology, not to mention Moscow’s embargo on Turkish agricultural products or the constraints that Turkish businesses face in Russia.

Erdogan’s apology to Putin came amid a recent deal between Israel and Turkey. The two countries have been in a rift since May 2010. That’s when the Israeli navy intercepted a humanitarian aid flotilla headed to Gaza. The shipment was sent by Turkish charity organizations. In stopping it, Israeli soldiers killed nine Turkish citizens. The parties agreed yesterday to restore diplomatic ties. Turkey accepted Israel’s blockade of Gaza and its authority to monitor Turkish aid to Gaza. In return, Israel agreed to allocate US$20 million to compensate the families involved and agreed to allow Turkish businesses to develop water and energy infrastructure in Gaza. Israel is also expected to work with Turkey to transport natural gas to Europe.

Both of these developments now pale in the face of yesterday’s horrific attacks. Those following Turkish foreign policy say the country is “paying for its sins of the past.”

What are Turkey’s past sins?

Turkish foreign policy has experienced tectonic shifts over the last decade. Whereas the AKP’s initial foreign policy playbook was dubbed “soft Euro-Asianism,” emphasizing Turkey’s southern and eastern neighborhood including Russia, it later morphed into “zero problems with neighbors”. Under this new approach, Turkey would use its rich historical and cultural capital in the Middle East, the Balkans, and the Caucasus to create a zone of political and economic influence. Championed by its architect Ahmet Davutoglu, the “zero problem” policy was meant to forge new economic and security ties across the region, generating peace and stability.

Sadly, things did not go as planned. As Piotr Zalewski explains, the “zero problems with neighbors’ policy” soon turned into “zero neighbors without problems.”

Erdogan walked out on Israeli President Shimon Peres at the World Economic Forum in 2009. The fragile detente with Armenia fell apart in 2010. Friction with Azerbaijan and Israel followed. Against the backdrop of the Arab Spring revolutions, relations with Egypt deteriorated.

The last and biggest domino to fall was Turkey’s Syria policy. Although Turkish-Syrian relations were turbulent throughout the 1990s, the AKP government managed to rebuild ties. They opened their borders to each other. The Erdogans even cultivated family relations with the Assads, inviting them to join them on vacation. This ended when Assad began to brutally repress civilian revolts in Syria. Erdogan and the AKP government pledged to remove Assad from power. “His days are numbered,” Erdogan said in 2011.

That’s when Turkey committed what I see as its first sin. The country began to provide support to moderate Syrian rebels like the Free Syrian Army to topple Assad. It was later revealed that Turkey also supported more radical groups such as Jabhat al-Nusra and transferred weapons to others to oust Assad.

Meanwhile a new radical movement was maturing in Iraq. It was known as Al-Qaeda in Iraq, before rolling out in Syria and becoming ISIS. As ISIS got stronger, elements from the Free Syrian Army joined its ranks as well as those of others such as al-Nusra. Ahmet Davutoglu, the architect of “zero problems” foreign policy, called it “a group of angry young men” in 2014, spectacularly discounting their cause and capabilities — committing the second sin. ISIS had occupied the Turkish Consulate in Mosul, Iraq that same year, taking 49 consulate staff hostage and not releasing them until 101 days later. A Turkish daily revealed in 2015 that Turkey had transferred arms to ISIS.

Third, Turkey did not tighten border controls on its southern border until late 2015. By that time ISIS had already established itself in Syria and in southeastern Turkey. The city of Adiyaman became a well-known hub for ISIS militants. The reports suggest that at least two terror attacks that took place in Turkey last year can be traced back to this hub.

By August 2014, the international community had realized the severity of the power vacuum in Syria and how it facilitated the reincarnation of Islamic terrorism. Although the United States was initially reluctant to lead the global effort to curb ISIS, it later decided to take initiative only to find out that Turkey’s preferences were simply misaligned with the Obama administration’s. Thanks to the power vacuum, the Kurds living in the northeast provinces of Syria not only declared their autonomy, but also proved to be the most effective element in the region to fight against ISIS. They took Kobane back from ISIS, demonstrating their ability to engage in armed resistance. The United States therefore thought Kurds would make a powerful proxy to fight against ISIS, while Turkey saw them as the top threat against its own national security. The wave of sympathy that the Syrian Kurds received became a concern for Ankara, which later committed the fourth sin: engaging in airstrikes against the Kurds in northern Syria in October 2014.

The rest is history. Turkey’s aggression toward the Kurds disappointed the United States and others in the West. While the West was counting on Turkey’s commitment to eradicate ISIS, Turkey chose to go after the Kurds and Assad instead. Eventually, Turkey’s behavior raised questions about its willingness to curb the terrorist group at all, undermining its credibility in NATO as well as in Washington. (That’s sin #5.)

By the time Russia intervened to cushion the Syrian regime, Turkey was fighting allegations of giving material support to ISIS, including by purchasing oil from the organization. When Turkey downed the Russian jet (sin #6), the country was already on the blacklist of the international community for turning a blind eye to Islamic radicalism brewing in its backyard. Indeed, ISIS committed four other heinous attacks in Istanbul, Ankara and the southeastern city of Sanliurfa in the last 12 months.

So this week Turkey proposes a clean slate to both Israel and Russia. It attempts to bounce back from the depths of its foreign policy fiascoes. Turkey’s tarnished membership in NATO will likely improve now that it has agreed to lift its veto against Israel to align with NATO’s wishes. Relations with Russia should also normalize soon.

More importantly, Turkey’s attempts to bridge the rifts with Russia and Israel signal more substantive changes in its foreign policy. Turkey might finally give tacit support to Russian activity in Syria, even if it means leaving Assad in power for now. Rebuilding ties with Israel will lead to intelligence sharing between Turkish and Israeli agencies, which should help Turkey strengthen its increasingly disappointing security apparatus.

The efforts to normalize relations with Israel and Russia are bold initiatives from the Turkish leadership, which had become much less flexible and more aggressive in its foreign policy rhetoric in recent years. Burying the hatchets with Russia and Israel might make Turkey more secure in the region, and signal to the rest of the international community that more substantive positive changes in Turkish foreign policy are yet to come. Only time will tell if they would include a more resolved Turkish response against ISIS.