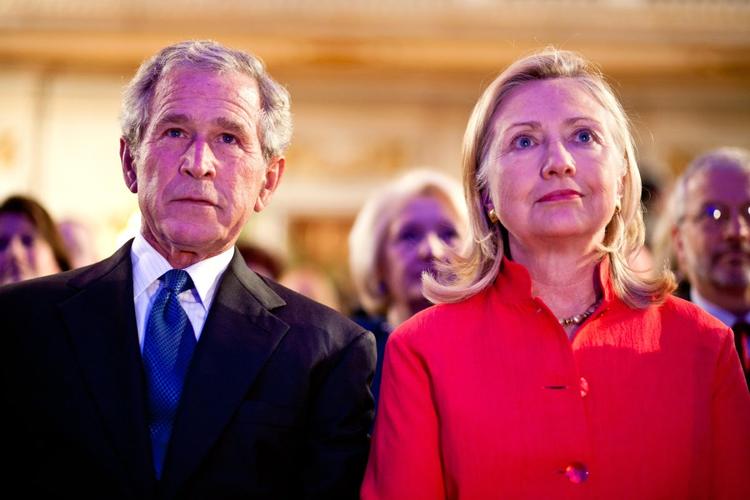 Following Debbie Wasserman-Schultz’s exit as chair of the Democratic Party after the release of emails revealing efforts to undermine Bernie Sanders’s campaign, political analyst Donna Brazile will take the reins of the party.

Brazile will be tasked with leading the Democrats through the rest of the election cycle. On stage in Philadelphia, the message pushed by speakers was party unity. On the issue of U.S. policy towards Israel/Palestine, however, this appointment will not likely have the desired effect.

Donna Brazile has long had a close relationship with the far-right wing of the Israel lobby. A long-time friend of AIPAC, Brazile spoke at AIPAC’s annual policy conference several times, including in 2012, 2014, and 2015. She also traveled to Israel in 2013 with an AIPAC-affiliated group. Until 2008, she sat on the board of the Foundation for Defense of Democracies.

As John Judis noted in Slate in August 2015, the FDD is specifically dedicated to defending one particular democracy: Israel. A neoconservative think tank whose positions on the Israel/Palestine conflict align most with the far-right Israeli Likud party, the FDD was also one of the loudest opponents of the Iran deal. Brazile left the board of advisors, along with other Democrats in 2008, following partisan ads by its 501 (c) 4 spin-off targeting Democrats to support the Senate version of the “Terror Surveillance Bill,” which provided retroactive immunity to telecommunications companies that had cooperated with the Bush administration’s warrantless surveillance programs.

Outgoing Democratic chair Debbie Wasserman-Schultz is also known for being a key pillar of support for the pro-Israel lobby in Congress and in the party. Although it was Wasserman-Schultz whose leaked emails expressed concern over Sanders’s effort to call out Israel’s occupation and settlements in the platform, the entire DNC and party leadership, including Brazile and Clinton herself, was implicated.

Wendy Sherman, a Clinton adviser and member of the platform drafting committee, told the crowd at an American Jewish Committee event recently that the presidential candidate personally instructed her to make sure the platform remained uncritically pro-Israel. The platform’s final language neither references Israel’s occupation nor expresses opposition to continued settlement building, putting the platform to the right of decades of U.S. policy.

The Brookings Institute’s Shibley Telhami released a new poll comparing perspectives on Israel/Palestine among Clinton, Sanders, and Trump supporters. He found widespread support for taking an even-handed approach on Israel/Palestine and punitive measures for continued settlement building among both Clinton and Sanders supporters. Despite the nearly negligible differences between their supporters’ opinions, however, Sanders’s rhetoric and policies align with Democratic majorities while Clinton has been far to the right.

Clinton has gone out of her way during the campaign to say that she will make strengthening the U.S.-Israel alliance one of her top priorities. In an op-ed in the Jewish Daily Forward in November, she committed to doing “everything I can to enhance our strategic partnership and strengthen America’s security commitment to Israel.” (Given U.S. preparations to sign a new memorandum of understanding to provide Israel $47 billion in military aid over the next 10 years, it’s worth asking how much stronger it could be). When Sanders challenged Clinton during a debate in March to declare Israel’s use of force in Gaza in 2014 disproportionate, she refused.

During the Democratic National Convention, Hillary Clinton’s close relationship with Israel was highlighted several times. In his speech, Bill Clinton included a story about Hillary’s early work starting a preschool in Israel. A DNC video about her time as secretary of state opened with praise for brokering a ceasefire between Israel and Hamas—a cease-fire that Israel broke repeatedly under her watch before the situation devolved into a full bombardment and ground campaign just 18 months later. Hillary herself threw in a mention of supporting Israel’s security in her acceptance speech. The Washington Post’s Dave Weigel cheekily tweeted: “Pitches from 2017: A profile of DWS, who after losing her primary became President Clinton’s ambassador to Israel.”

At the same time, Hillary Clinton’s new running mate may be the most likely ally for those advocating for change on U.S. policy towards Israel. Tim Kaine was one of eight senators who skipped Netanyahu’s speech in March 2015.

A J Street endorsee who has traveled to the West Bank, Kaine listens to Palestinian voices and seems willing to rethink U.S. policy approaches. He asked a Senate Armed Services Committee in March 2015: “Given that the stated position of both the prime minister and the president of Israel at this point are contrary to what has been U.S. policy supporting two states, what if anything should the United States do now that there is that gulf in policy between our two nations. Should the U.S. change our policy or should we keep the policy we have?”

Daniel Seidemann, an American-Israeli lawyer and expert on settlement expansion in Jerusalem, tweeted: “I’m honor-bound to say. Having met world leaders in Jslm. briefings/geo-political tours none better informed, engaged than Tim Kaine. None.”

The growing split between the grassroots and the establishment leaders on Israel/Palestine was on full display on the Democratic Party convention floor. Hundreds of delegates sported buttons reading “I support Palestinian human rights” and “Palestinians should be free,” an echo of Cornel West’s speech at the platform committee meeting. During the adoption of the platform, delegates from Florida raised the Palestinian flag on the floor of the convention.

On the sidelines of the convention, conversations about new policy approaches began that took as a starting point the need for the U.S. to take some kind of action to recognize Palestinian rights. These conversations included a policy discussion on “The Untenable Status Quo: U.S. Policy Options for Palestine/Israel” between James Zogby of the Arab American Institute, Debra DeLee of Americans for Peace Now, columnist and author Peter Beinart, and Sam Bahour, chairman of Americans for a Vibrant Palestinian Economy.

Key constituencies of the party, including its grassroots base and those mobilized by the Sanders campaign, are ready for the U.S. to take stronger action on ending Israel’s impunity. Under Hillary Clinton’s leadership, however, it will take a lot of agitation to make the Democracy Party catch up with its progressive base.

Naomi Dann is the media coordinator at Jewish Voice for Peace, and a writer focusing on U.S.-Israel relations, the American Jewish community, and the movement for Palestinian rights. She wrote this piece in her personal capacity. Jewish Voice for Peace is a non-partisan 501 (c) 3 organization and does not support or endorse candidates or parties.

Secular Talk: “Is Hillary Clinton To The Right Of George W Bush On Israel?”