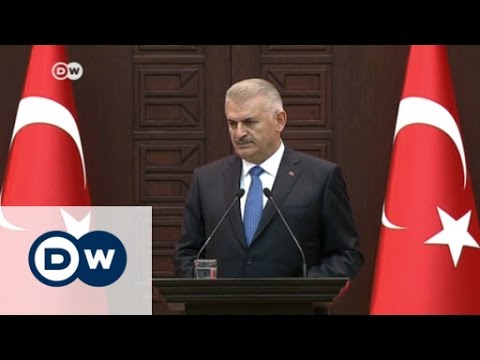 Turkey and coalition allies launch air strikes Wednesday morning against the Daesh (ISIS, ISIL) stronghold of Jarabulus, on the Syrian side near the Turkish border. At the same time, Turkish artillery on the ground pounded the town. With Manbij in the hands of the Kurdish-led Syrian Democratic Forces, Jarabulus is the last town affording a smuggling route for men and arms from Turkey into Syria’s al-Raqqa, the HQ of Daesh in the country. Turkey has left Jarabulus alone for years and winked at the Daesh smugglers. Why is it acting now?

1. There was a danger that if Turkey did not help Syrian Arab fundamentalists in the remnants of the Free Syrian Army take Jarabulus, it would also fall to the Syrian Democratic Forces over time. The core of the US-backed SDF is the leftwing Kurdish nationalist YPG militia, which Turkey fears is a violent separatist movement linked to the PKK or Kurdistan Workers Party, a notorious terrorist group. If the YPG took Jarabulus, it would be in a position to close the gap between two Kurdish cantons in the north of Syria and create a united strip of Kurdish control along the Turkish border, which Syrian Kurds refer to as Rojava. Turkey is desperate to halt that attempt at Syrian Kurdish consolidation of territory. And, indeed, there are reports that Turkey also shelled Syrian Kurds even as it finally went after Daesh.

2. The bombing on Sunday in Gaziantep was probably an Daesh operation, but in any case there have been a string of Daesh bombings, in Ankara and elsewhere, over the past year. Turkey’s tourism industry has been deeply hurt, and the government risks public opprobrium if it can’t provide security. The Justice and Development (AKP) government’s earlier insouciance toward Daesh is no longer viable as a policy.

3. President Tayyib Erdogan’s outreach to Russia requires that Ankara step up to take on Daesh, which has a strong Chechen contingent of which the government of Vladimir Putin is deeply afraid.

4. Vice President Joe Biden is in Ankara bearing several messages for Erdogan. They include assurances that the Obama administration was not behind the July 15 coup attempt and a plea to cease the massive government crackdown and purge that has put tens of thousands of people in jail or out of work. But they also involve a continued request that Turkey step up to do its part against Daesh, a group that seemed to worry Ankara not at all even as the Turkish air force concentrated on bombing PKK and YPG positions. The latter airstrikes were considered especially unhelpful by Washington, since the YPG is a US ally against Daesh.

5. Turkey is likely eager to take advantage of the renunciation of al-Qaeda by the Nusra Front, now rebranded the Syrian Army of Conquest, to encourage the fundamentalist Sunni militias to unite and try to hold territory in northern Syria. Turkey seems to have given up on trying directly to overthrow the Syrian government, but it does want to keep the pressure up against secular strong man Bashar al-Assad, whom the Turks want to force out of office. Establishing a Turkey-backed FSA enclave at Jarabulus that is teflon against Western criticism because it is also anti-Daesh is a way to kill a dozen birds with one stone.