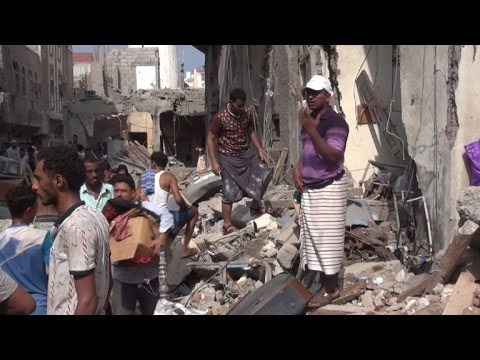 In a rare move, U.N. Secretary-General Ban Ki-Moon called out Saudi Arabia on Thursday for airstrikes in Yemen that killed dozens of civilians, including women and children.

On Wednesday the U.S.- and U.K.-backed Saudi coalition that has been bombing Yemen since 2015 struck a house in a residential area in western Yemen Wednesday, killing 26 people, according to medics and residents.

“The secretary-general condemns the multiple airstrikes by the Saudi Arabia-led coalition on 21 September in the Red Sea port city of Hudaydah, Yemen, which killed and injured dozens of people, including children and women,” U.N. spokesperson Stephane Dujarric told the Inner City Press.

“The secretary-general once again reminds all parties to the conflict that they must fully respect their obligations under international humanitarian law, in particular the fundamental rules of distinction, proportionality and precaution,” Dujarric said. “He reiterates his call for urgent measures to protect civilians and civilian infrastructure.”

Ban also urged the belligerent parties to reinstate a cease-fire and to come to the table for peace negotiations, since a “political settlement that addresses the legitimate concerns of all parties remains the only viable solution to the conflict.”

Hundreds have been killed in airstrikes that have hit schools, hospitals, markets and private homes, and nearly half of Yemen’s 22 provinces are on the verge of famine, according to the U.N. World Food Program.