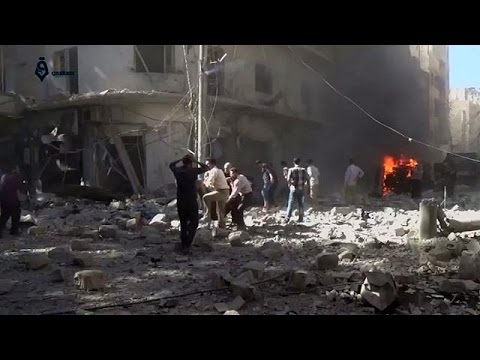 Western media reports that the airstrikes were conducted by Syrian or Russian aircraft as part of an offensive launched by President Bashar al-Assad.

At least six people were killed in airstrikes on two hospitals in rebel-controlled [East] Aleppo, Reuters reported Wednesday, and the World Health Organization confirmed that both Syrian facilities are now out of service.

Western media has reported that the airstrikes were conducted by Syrian or Russian aircraft as part of a major offensive launched last week by President Bashar al-Assad. . . .

Euronews: “Aleppo is worse than a slaughterhouse” – Ban Ki-moon