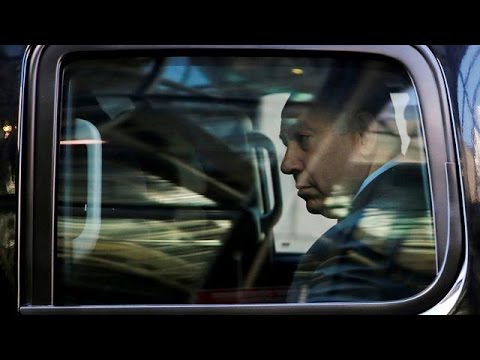 In Trump’s gaudy, gold penthouse in New York, the two discussed Israel’s apartheid wall at length, with Trump hailing it as inspiration for his own proposal to build a wall made of concrete and rebar as high as 55 feet along the nearly 2,000-mile border between the United States and Mexico.

Israel’s 440-mile wall, touted as necessary for “security” reasons, cuts deep into the West Bank and isolates Palestinians in the region into ghettos and “military zones.” Along with its vast expanse, it is decked out with electric fences, trenches, cameras, sensors, razor wire and military patrols.

And in following suit with the covenants of past U.S. presidents, Trump confirmed his intentions to move the U.S. embassy from Tel Aviv to Jerusalem, a disputed territory, once elected President.

“Mr. Trump acknowledged that Jerusalem has been the eternal capital of the Jewish People for over 3,000 years and that the United States, under a Trump administration, will finally accept the long-standing Congressional mandate to recognize Jerusalem as the undivided capital of the State of Israel,” a statement by his campaign communications team, posted on his Facebook page, read.

Hillary Clinton, too, has established her pro-occupation bona fides, saying in a speech at AIPAC in March, “I feel so strongly that America can’t ever be neutral when it comes to Israel’s security or survival.” Last summer, she publicly denounced the Boycott, Divestment and Sanctions (BDS) movement last summer.

In planning her itinerary on Sunday, Clinton chose to meet Netanyahu in lieu of heading to Charlotte, the scene of city-wide protests after the police killing of a Black man last week, Keith Lamont Scott.