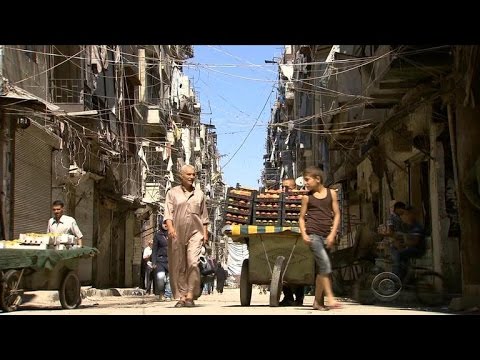 In a massive intelligence failure, the US Air Force hit a Syrian military installation in Deir al-Zor that it thought was Daesh (ISIS, ISIL). But it turned out to be the Syrian Arab Army position at Deir al-Zor military airport. The strike killed 80 soldiers and wounded another 100. Deir al-Zor is one of two provinces significantly controlled by Daesh in Syria, the other being its home base of al-Raqqa. The mistaken strike wily-nilly strengthened Daesh.

Russia immediately took propaganda advantage of the error, suggesting archly that the United States must covertly be supporting Daesh. That’s pretty low. In fact, Russia had done very little against Daesh itself, while the US has expended a good deal of effort against it.

Samantha Power, the US ambassador to the United Nations, stormed out of a UN session where Russia made these charges and where Russia called for an emergency meeting of the UN Security Council. Power accused the Syrian government of continuing to hold and to deploy chemical weapons.

The error did reflect not on American intentions but on the tactics it is using to intervene in Syria. Air strikes from 30,000 feet are always open to being inexact, and to producing civilian casualties and destruction of infrastructure. Moreover, the US is hostage to local informants for information on targets, and sometimes they turn out to be double agents or mentally fragile or have other reasons for delivering false intel to the US military.

The problem with a mistake of this Himalayan proportions is that it will be extremely difficult in the aftermath to convince Syria that the US did not intentionally aid Daesh.