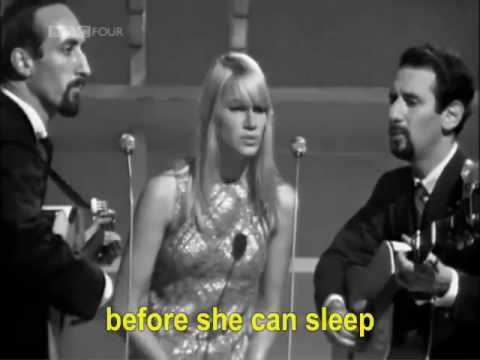 Bob Dylan would no doubt be as distressed as the American corporate media to see an ideological interpretation of his 1960s anthems that helped win him the Nobel Prize in Literature. Especially after his 1966 motorcycle accident and retreat to Woodstock and domesticity, Dylan turned inward, exploring an internal life of ethical values and love and rejection of political cynicism (as with “ All along the Watchtower“). But the early ’60s were a different matter.

Since the mass media won’t tell you Dylan was in his youth a leftist or that some of his greatest work came out of a critique of our corporation-dominated, unequal, militaristic and racist society, it is important to underline it lest the celebration of his masterpieces become merely maudlin and sentimental (and he would hate that outcome, too).

After a brief stint at the University of Minnesota, the small town Midwestern youth arrived in NYC’s East Village in 1960 and joined the coffeehouse scene. That scene had been the incubator of the Beats (Jack Kerouac’s post-War “Beatitude” movement influenced by Be-Bop and jazz and Omar Khayyam). It was also a scene for jazz. But in the late ’50s coffeehouse performers began turning to folk, and Dylan arrived in New York during that transition. As Brian Lloyd* has argued, he brought with him a blues and rockabilly sensibility gained from listening to music drifting up from the Delta. (Elvis was a much bigger influence than most observers realize).

Lloyd writes that in Greenwich Village, living with his leftist girlfriend Suze Rotolo, Dylan came under her influence and came in contact with organic intellectuals who turned him on to books. He says, “Suze Rotolo, his lover during this period, introduced him to art galleries, off-Broadway plays, New Wave films, Living Theater productions, Brecht and Rimbaud — and to the world of civil rights and ban-the-bomb activism (Rotolo 199 – 213, 233 – 35; Dylan, Chronicles 268 – 70).” It is important to underline Rotolo as his intellectual guide in this period. It wasn’t just guys who made the counterculture.

The profound influence on him of the Left (Bertolt Brecht and Kurt Weill’s “Pirate Jenny” was a revelation to him) and of the American Left (Woody Guthrie had strong Communist ties even if he wasn’t a Party member and his song “This Land is My Land, This Land is Your Land” is a Marxist hymn) cannot be disregarded. Pirate Jenny from the Threepenny Opera is about a maid’s imaginary revenge on the class system that oppresses her. Other influences were Pete Seeger, who was hauled before the House Un-American Activities Committee and Dave von Ronk, a Trotskyite. Ron Radosh+ has argued that when Dylan went electric at the Newport Folk Festival in 1965, Seeger was distressed because he interpreted it as a bid to enter the market of capitalist consumerism. But he was hurt precisely because Dylan had been his protegé. Anti-war beat poet Allen Ginsburg on hearing Dylan is said to have been satisfied that the counterculture would continue into the next generation.

Dylan, being on the left, attacked the far Right John Birch Society in a song (the Society was an incubator for the Goldwater campaign and then the rise of the New Right). In 1963 he was booked to appear on the enormously influential Ed Sullivan Show (“The Voice” of its day), but when he was forbidden to sing “Talkin’ John Birch Paranoid Blues,” he walked out rather than accept censorship.

Now I am going to do a riff on one of Dylan’s more radical songs, “Blowin’ in the Wind,” updating it for 2016. Because I don’t think it can be read by this generation as it was intended– the context has changed too much. The US had demobilized after the Korean War, and the looming Vietnam War was not viewed by the Left and by youth as normal (we now have a set of standing wars, so 60s anti-war sentiment–as an insistence on return to normalcy– can’t even be imagined anymore). African-Americans still lived under Jim Crow and people were arrested for sitting at “white” lunch counters. Dylan’s strong sense of social justice, imbibed in part from his close-knit Midwestern Jewish community (ancestors came from Odessa and Turkey) and from the Hebrew Bible, and in part from the influence on him of the New York Left intellectuals, spoke to my generation viscerally, because we could read his poetic metaphors as allusions to a real set of crises. I know the below is too on the nose, and you shouldn’t mess with a classic, but just hear me out and maybe weep a little for how far backward we went from Dylan’s youthful vision of a better future.

“Blown in the Wind” (with apologies to Bob Dylan):

You get the idea.

Peter, Paul and Mary – Blowing in the Wind