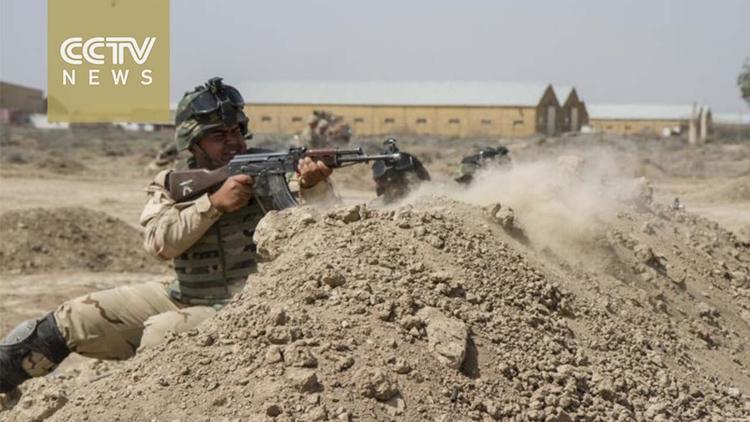 Most military analysts believe it’s only a matter of time before Mosul falls.

Mosul is Iraq’s third largest city. The Islamic State captured it in June 2014 during a campaign that left it in control of territory the size of the United Kingdom. But on Oct. 16, 2016, a coalition of the Iraqi army, military forces from Iraq’s autonomous Kurdish region and paramilitary units, began an attack to recapture the city.

Military prowess does not explain IS’ initial success in Iraq. Rather, it depended on the collapse of the Iraqi army and Sunni disaffection with the Shi’i-dominated Iraqi government.

But, then, between 2015 and 2016, IS territory in Iraq shrank by an estimated 50 percent. IS has lost major population centers, including the cities of Tikrit, Ramadi, Kobani, Fallujah and Palmyra.

The next target on the coalition’s agenda is Raqqa, Syria, the capital of IS. It may only be a matter of time before IS’ territorial “caliphate” is no more.

What then will be the fate of IS? Can the group survive without controlling any territory? Will it rebound? Or will it disappear?

Scenario #1: IS goes underground, only to emerge in the future.

This scenario is not very likely. It ignores the unique circumstances that gave rise to IS and enabled it to win victory after victory in 2014: the political and military vacuum created by the Syrian civil war, the dysfunction of the Iraqi government of Nuri al-Maliki, the collapse of the Iraqi army and the indifference of much of the world to the group’s ambitions until it was too late. A similar set of circumstances is unlikely in the future.

Scenario #2: IS will simply set up shop elsewhere.

Over the years, IS has established franchises in West and North Africa, Libya, Yemen, the Sinai and other locations. In some places, such as Libya, IS deployed fighters from Syria and Iraq to establish its franchises. In others, preexisting groups pledged allegiance to the caliphate. Boko Haram in West Africa is one such group.

IS assumed that each of its franchises would expand the territory under its control until it met up with other franchises and, eventually, with the caliphate based in Syria and Iraq. Observers call this an “ink spot” strategy because each affiliate would widen like an ink spot on blotting paper.

This scenario, too, is unlikely. None of IS’ franchises is doing well, and those that have not already failed are on the verge of failing. Internal conflicts tore some apart, including those in Yemen and West Africa. External enemies have rolled back others, such as those in Libya and Algeria.

IS franchises have not been able to forge alliances with similar-minded groups because IS doesn’t play well with others. Rather than building partnerships, IS insists on unconditional loyalty to its caliphate project and organizational uniformity. It has thus turned potential collaborators into enemies.

Scenario #3: IS fighters continue to wage an insurgency in Syria or Iraq, or both.

IS fighters might continue the struggle. Revenge is a powerful motivator. But IS would no longer be IS were its fighters to limit their vision to waging a guerilla-style campaign. It would be indistinguishable from Jabhat al-Nusra, for example, the former al-Qaida affiliate and IS spin-off fighting the Syrian government. Jabhat al-Nusra’s goal of overthrowing the government of Syria – less grandiose than reestablishing a territorial caliphate that would unite all Muslims – was one of the reasons the split between the two groups occurred.

What if IS fighters just give up, or move on to other criminal enterprises? For true believers, the defeat of their caliphate might persuade them that their goal is unobtainable. It might therefore be extraordinarily dispiriting. Those who signed on for the thrill might find their kicks elsewhere, or merely fade back into the woodwork.

This too is a strong possibility, particularly if other nations besides Denmark offer their citizens who have joined IS incentives for returning home. Similar groups, such as al-Qaida, have experienced defections in their ranks as members became disillusioned or discouraged or isolated.

Scenario #5: Former fighters and freelancers continue their attacks globally with or without organizational backing.

This too is a possibility, if only for a while. After all, a number of attacks outside of IS-held territory – including the attack in San Bernardino, California – occurred without the knowledge and assistance of IS.

The destruction of IS’ caliphate could reduce its capacity to produce and disseminate propaganda. This would diminish IS’ ability to capture the imagination of would-be followers in the future. Nevertheless, in the short term, the world is not lacking in gullible and disturbed individuals.

Whatever the case, history provides lessons on how to effectively deal with movements and individuals who wage war against the international order.

During the 19th and early 20th centuries, anarchists struck out at rulers and symbols of capitalism throughout the world. Anarchists assassinated the presidents of France and the United States, an empress of Austria, a king of Italy and numerous government ministers in Russia. They also bombed symbols of oppression, from the haunts of the bourgeoisie to Wall Street itself.

Then, suddenly, the wave of anarchist violence ceased. By the onset of the Great Depression, anarchist activity was limited to a few isolated pockets. Historians point to a number of reasons the anarchist moment passed. Anarchism competed for hearts and minds with other dissident groups. Nations undertook political and social reforms that addressed the grievances of potential anarchists. They adopted new methods of policing and surveillance. Police agencies cooperated across borders.

But perhaps most important was the fact that high-risk movements that attempt to realize the unrealizable have a short shelf life. Such might be the case for IS.