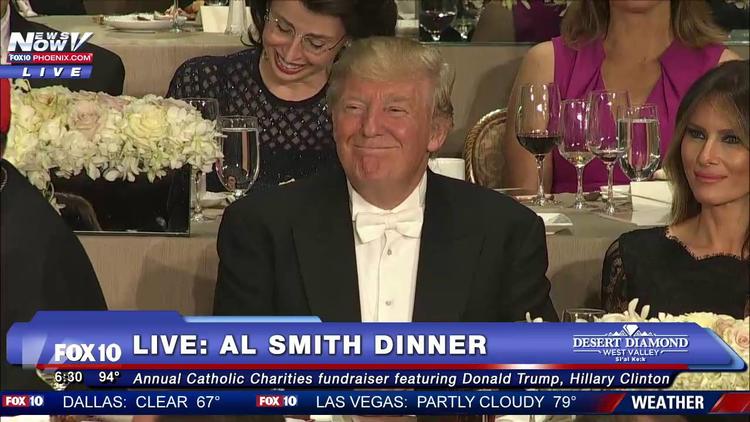 “Hillary Clinton isn’t holding back against Donald Trump at the annual Al Smith dinner in New York. Clinton joked that if Trump didn’t like what she was saying, then he could “shout `wrong.”‘ She added that she was surprised Trump let her go second because “I didn’t think he’d be OK with a peaceful transition of power.” And she said Trump “looks at the Statue of Liberty and sees a four.” During Trump’s remarks, he drew boos from the crowd as he described Clinton as “crooked.” Clinton joked, “After listening to your speech, I will also look forward to listening to Mike Pence deny that you ever said it.” Clinton also took some shots at herself. She opened by saying she had taken “a break from my rigorous nap schedule to be here.”