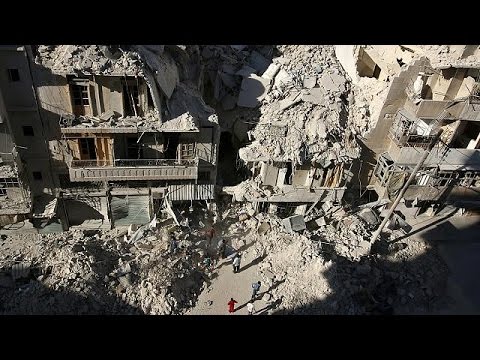 ABC News reports that Foreign Ministry spokeswoman Maria Zakharova warned that a U.S. attack on the Syrian army “will lead to terrible, tectonic consequences not only on the territory of this country but also in the region on the whole.” She maintained that if the regime were overthrown, it would create a vacuum within which “quickly filled” by “terrorists of all stripes.”

The incident a couple of weeks ago wherein the US military killed dozens of Syrian Arab Army troops, mistaking their base for an ISIL one, either spooked Putin or presented him with a pretext.

The Russians and the Syrian regime are all up on their high horses about what was likely friendly fire and a simple mistake.

Now they’re accusing the US of contemplating an attack on al-Assad himself. I don’t buy it.

But Zakharova is right that a precipitous overthrown of the Syrian government at this juncture could have unintended consequences.

If the US-, Saudi- and Turkey-backed fundamentalist militias swept into Damascus and took over Syria, there would likely be immediate reprisals against Alawite Shiites, the backbone of the regime. Moreover, Christians (5% of the population), would probably be targeted, just as they were in Iraq.

Iran would lose its land bridge to south Lebanon and perhaps ability to resupply Hizbullah. If Hizbullah really was weakened by this step it would risk losing territory and positions to hard line Salafis, provoking a grave crisis in multicultural Lebanon.

The ascendancy of fundamentalist Sunni Arabs (“Salafis”) throughout the Middle East would be the biggest threat to Iran and to Iraq.

I think the subtext here is that the Putin government is afraid of a new wave of fundamentalist violence in places like Chechnya inside the Russian Federation if the secular government of Syria falls to Salafi jihadis.

But what is really remarkable here is the tone of voice she used against the US. Given the diplomacy pursued by Secretary of State John Kerry and his Russian counterpart, Sergei Lavrov, it seems awfully shrill.

If Moscow really fears that Obama in his last months will move on al-Assad and produce a tectonic shift, they don’t know Obama very well. He’s far too cautious for that. Moreover, people in Washington are understandably upset that the Russians are openly saying they think the US has sloughed off in the fight against Syria’s al-Qaeda, or are secretly allied with it.

Russia should dial down the rhetoric! Kerry and Lavrov need to put back together the ceasefire– the only sure way out of this mess.

Euronews: Syria: US on verge of ending peace talks with Russia