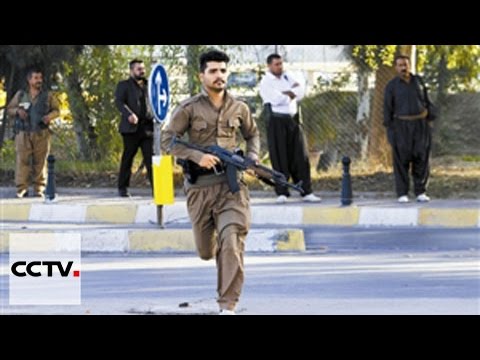 Aside from the slow, steady advances being made by the Iraqi army and its allies against Daesh (ISIS, ISIL) in Mosul, the two big stories on Friday and Saturday morning were a diversionary attack on Kirkuk by the fundamentalist organization, and CNN’s discovery that Daesh killed nearly 300 civilians in Mosul, including children.

The attack on Kirkuk by 30 fighters of Daesh was defeated by security forces in Kirkuk, including the Peshmerga or Kurdistan paramilitary. They had attempted to take over the governor’s mansion in the city. Elsewhere in the city three suicide bombers targeted civilians. At least 19 residents of Kirkuk were caught in the fighting and killed.

Some observers believe that the attack was intended to draw away forces of the Peshmerga from the Mosul front.

Meanwhile, Daesh killed nearly 300 civilians in Mosul as its enemies surrounded and besieged it. They appear originally to have been rounded up to be used as human shields in the face of the advances of the Iraqi army and the Peshmerga, but perhaps Daesh decided that feeding and watching these prisoners, some of them children, was too much trouble, as the Iraqi Army and its allies approached.

Also in Mosul news: US Secretary of Defense Ashton Carter announced that an agreement in principle had been reached between Iraqi PM Haydar al-Abadi and Turkish president Tayyip Erdogan that would allow a role in the push for the Turkish-trained troops at Bashiqa in the conquest of Mosul.

Erdogan appears to be laying down a marker that Turkey has an interest in what happens in Mosul. Previously, Iraqi officials had called on the Turks to withdraw. Some Iraqi sources disputed Carter’s story.

CCTV: “At least 24 killed amid ISIL attacks on Kirkuk”