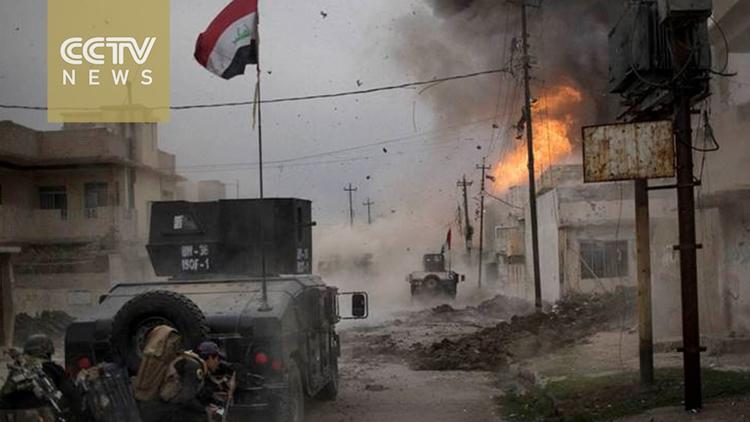 The fight against the [so-called] Islamic State [group, or IS] has united Iraqis. Details of a new Shiite-sponsored plan that will try and make that unity last leaked in Baghdad last week.

If the extremist group that caused Iraq’s current security crisis starting mid-2014, have done just one good thing, it would be to engender a feeling of national unity among Iraqis – something that is extremely unusual outside of a football game featuring the Iraqi team. A common enemy appears to have brought the country together as no other force has been able to for 13 years.

The question that is being posed now by so many, both inside and outside the country, is this: Can it last?

The different demographic sectors of Iraq have been engaged in conflict for years – firstly, exacerbated by the divide-and-conquer tactics used by former Iraqi leader Saddam Hussein, then split again as oppressed locals took revenge on those they considered their oppressors after 2003 and finally, over the past few years, the different sectarian and ethnic groups have been fighting over power and money.

But now there are moves afoot to try and ensure that, somehow, some way, this unity lasts.

Everyone has lost something and this new treaty is a necessity, not an option.

Over the past week details of an historic plan for reconciliation were leaked to the local media. Iraqi media affiliated with the Shiite Muslim leader heading the project were the first to let details slip, saying that the United Nations would also be involved. The plan is apparently being supported by the United Nations envoy in Iraq, Jan Kubis, and tries to establish a roadmap for Iraq’s future after the IS group have been defeated. Since then the Al Mada newspaper has published the proposal in full.

Work around the plan – which would see Sunni Muslim factions unite with the Shiite Muslim parties who have been running the country for over 10 years now – is apparently being led by Shiite Muslim cleric, Ammar al-Hakim, who is generally considered a moderate among the Shiite political leaders. He is supported in his work by another cleric, Muqtada al-Sadr, who tends to be more outspoken but who has always stressed Iraqi unity and the undesirability of external influencers, whether they are from Iran or the US. Since the plan was leaked there have been reports about a number of meetings between al-Hakim and Kurdish and Sunni politicians.

The treaty also contained many other marvellous items, such as: rejecting any division of the country along ethnic or sectarian lines, abiding by the Iraqi Constitution, commitment to a free market and equitable distribution of wealth to different provinces depending on population, the abolition of any armed groups that were not controlled by the state and an ongoing commitment to fight against any illegally armed group.

Which all sounds wonderful. And – unfortunately – also a little bit like wishful thinking. None of these commitments are new to Iraqi politicians. Nor is the idea of holding a conference for reconciliation. There have been more than 30 similar conferences held over the past 10 years; each of these cost a lot of money, none achieved the stated goals.

For some years Iraq even had a Ministry for National Reconciliation. This eventually lost its ministerial status before evolving into a government body. This organization would post hundreds of pictures showing Sunni, Shiite and Kurdish politicians holding hands or praying together at various meetings. Despite the pretty pictures, none of these meetings ever produced the declared goals.

The first problem with trying to achieve anything of this kind is the division in each of the three main demographic groups in Iraq. Under current conditions it would be hard to say that the Shiite Muslim forces, both political and military, are united in Iraq. The same problem applies to the Sunni Muslims and Iraq’s Kurds. Probably the most fractured group though, are the Sunnis – the . . . IS, group has wrought havoc on any alliances that existed, causing the destruction and isolation of areas with a mostly Sunni population.

The different Sunni political groups compete with one another for power and influence and act more like enemies than allies. For example, the party led by Salim al-Jibouri, the Speaker of the Iraqi Parliament, competes with Osama al-Nujaifi’s party for influence in Ninawa and its capital, Mosul. Other Sunni Muslim parties joust for influence in Anbar and Salahaddin.

Before the Sunni Muslims of Iraq can enter into any negotiations, to sign onto a treaty of reconciliation, they need to choose a leader. This would entail lengthy haggling and most likely require interference from external powers, such as those in Saudi Arabia or Turkey.

“The Sunnis need to unite and take one stand together,” suggests Abbas al-Bayati, a Turkmen MP, close to the Iraq’s Shiite Muslim Prime Minister Haider al-Abadi. “They should select a leadership group that can sign onto this settlement. It is true,” he adds, “the Kurds and the Shiites don’t have as much of a problem in this area as the Sunnis do.”

The Sunni Muslims of Iraq need to think hard about the future, al-Bayati says. “After the IS group has been expelled, reconstruction won’t be possible if they do not put aside their differences,” he argues.

One of the major problems for Iraq’s Sunnis with any past plans for reconciliation has been the issue of another political party, the Baath party to which former leader Saddam Hussein belonged and with which he ruled the country. Hundreds of thousands of Iraqis joined the Baath party during Hussein’s time in power, often simply because they wanted a job; in Iraq, the government, funded by oil money, provides most of the jobs due to the lack of a robust private sector.

After Hussein’s regime was toppled by a US-led invasion in 2003, his Baath party was outlawed. Shiite Muslims, who had spent years being victimized and marginalized by Hussein, a Sunni, and his Sunni Muslim party, took their revenge. Baathists lost their jobs, whether they were university professors, cleaners or colonels in the army. There were most definitely some criminals among the Baath party members, who deserved harsh punishment, but these most likely numbered in the hundreds rather than the hundreds of thousands.

To this day, the Baath party and how to deal with it remains a problem. However, the new reconciliation initiative attempts to deal with this thorny issue. The outline of the project confirms that the Baath party will never be able to return to power and that there will be no real dialogue with any dedicated Baathists. However, there are also some major concessions, a Shiite Muslim politician who had to remain anonymous as he was not supposed to comment on the leaked details, told NIQASH.

“The new project rules out dialogue with the Baath party as an organization,” he said, “But it does allow for negotiations with senior Baath party members who have promised to abandon the party.”

Additionally, the new project involves plans to close down an ongoing de-Baathification program, meant to purge official organisations of members of the Baath party. This program has been run by Shiite Muslim officials for years and now it is to be handed over to the supposedly more neutral Iraqi judiciary. In the past, accusations of belonging to the Baath party have led to Sunni Muslim candidates being banned from standing for public office, which in turn has seen Sunni Muslims complain they are being marginalized and prevented from taking part in national politics.

This has been one of the major sticking points, and one of the reasons for the level of Sunni dissatisfaction that the IS group were able to exploit at first.

The senior Shiite politician also says that dialogues will be entered into with senior Sunni politicians, some of whom have left Iraq – for example, former Minister of Finance Rafi al-Issawi, who is a prominent Sunni leader from Anbar. Major protests broke out in 2012 when former prime minister, Nouri al-Maliki, issued a warrant for al-Issawi’s arrest.

Other prominent figures who might benefit from this reconciliation project include Iraqi business mogul, Khamis Khanjar, who supports Sunni Muslim parties in Iraq financially, and former MP, Mohammed al-Dayni, who was accused of a terrorist act in 2007 and then fled the country.

And reconciliation won’t just be with individuals. Opportunities for dialogue will also be open to groups of all kinds, even armed groups like Ansar al-Sunna, and the many influential Sunni tribal leaders.

It is hard to know whether this reconciliation attempt will succeed, even given the circumstances that have united Iraqis against the IS group. At least one MP remains confident though.

“This time it is different,” Salim Shawki, an MP for the Islamic Supreme Council of Iraq, a Shiite Muslim political party, told NIQASH. “Because all Iraqis are united against the extremists who targeted them all, whether they were Shiite, Sunni or Kurd. Everyone has lost something and this new treaty is a necessity, not an option. It focuses on truly trying to end conflicts in Iraq, rather than just on coming up with more slogans. Everybody agrees that we should be thinking about the future of Iraq after the IS group has been destroyed.”

CCTV: “Iraqi troops face stiff resistance from ISIL as they push into Mosul”