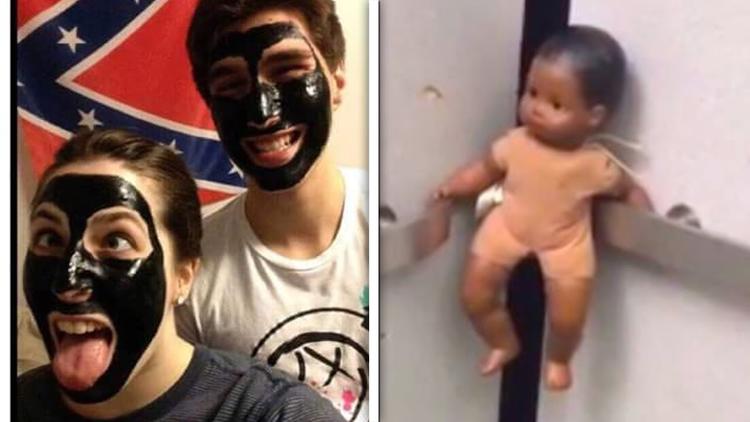 Trump’s core supporters were so anxious about the changing face of America, they were willing to vote alongside the Klan.

An election that might have marked the ascension of America’s first woman president has instead proven historic for an altogether different reason. Namely, that Americans voted for the unabashedly anti-democratic alternative offered by her rival.

And they did it despite his almost cartoonish shortcomings.

Trump didn’t just offend pious liberals with his hard line on immigration, disdain for democratic norms, and disinterest in policy. He transgressed standards of decency across all political persuasions.

He bragged about sexually assaulting women. He disparaged injured war veterans. He was endorsed by the KKK. And now he’s America’s voice on the world stage.

How could that happen? Here’s one theory you might’ve heard:

After years of seeing their jobs outsourced, their incomes slashed, and their suffering ignored, the white working class threw in their lot with the candidate who cast aside political niceties and vowed to make their communities great again.

It’s a nice story — I even used to buy a version of it myself. But while Trump surely did clean up with white voters, the evidence simply doesn’t support the idea that they were as hard-up as the story goes.

For instance, Pollster Nate Silver found during the GOP primary that Trump supporters pulled in a median income of $72,000 a year — some $10,000 more than the national median for white households. And while many did come from areas with lower social mobility, they were less likely to live in the stricken manufacturing communities Trump liked to use as backdrops for his rallies.

So if it wasn’t the economy, was it Hillary?

Clinton was clearly unpopular, in many cases for defensible reasons. She was cozy with Wall Street. She backed poorly chosen wars. Apparently people didn’t like the way she emailed.

But when you consider that we chose to give the nuclear codes to a man whose own aides refused to trust with a Twitter account over a former secretary of state, it hardly seems like Trump voters were soberly comparing the two candidates.

Instead, Vox writers Zach Beauchamp and Dylan Matthews poured through scores of studies and found a much more robust explanation — and it isn’t pretty.

That is, Trump’s core supporters were far more likely than other Republicans to hold negative views of African Americans, Latinos, and Muslims. They overwhelmingly favored the mass deportation of immigrants. And they were the most likely Republicans to agree that it would be “bad for the country” if whites comprised a smaller share of the population.

What’s more, another study found, racially resentful voters flocked to the GOP candidate regardless of their views about the economy. Their views on race drew them to Trump, not their job prospects.

Scores of other data back this up. Despite years of job growth and the biggest one-year bump in middle-class incomes in modern history, another researcher found, Republicans’ views of both African Americans and Latinos nosedived during the Obama years.

Not even a slowdown in immigration itself staunched the venom. Net migration between the U.S. and Mexico fell to 0 during the Obama years, yet Trump still launched his campaign with an infamous tirade against Mexican “rapists” and “murderers.”

None of that is to accuse all Trump voters of racism. But even if the bulk of them were just Republicans following their nominee, the social science strongly suggests that one of our major parties has been captured by whites so anxious about the changing face of America that they were willing to vote alongside the Klan.

That fringe has turned mainstream. The Trump years to come may herald any number of horrors, but the scariest part may be what we’ve learned about ourselves.

Via The Young Turks “Racists Emboldened By Trump Victory “