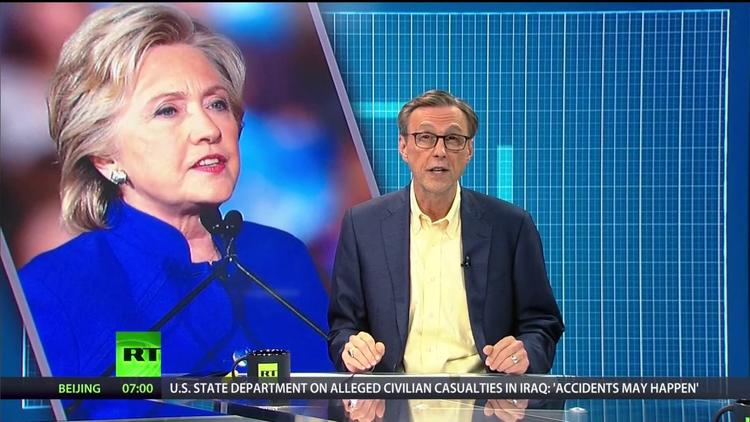 Current FBI agents have told outlets that there are elements within the agency leaking info in order to favor Donald Trump.

FBI Director James Comey was driven in part by a fear of leaks from within his agency when he decided to tell Congress the FBI was investigating newly discovered emails related to Hillary Clinton, law enforcement sources said on Thursday.

There is now mounting evidence to suggest that a group within the FBI may been acting out of an interest to cause harm to the Clinton campaign.

Two law enforcement sources familiar with the FBI’s New York Field Office, which initially discovered the emails, said a faction of investigators based in the office is known to be hostile to Hillary Clinton. A spokeswoman for the FBI’s New York office said she had no knowledge about this.

A report from the Guardian also indicated that there is hostility toward the U.S Democratic presidential candidate.

“The FBI is Trumpland,” one current agent told the Guardian, referring to Republican nominee Donald Trump.

The agent added that “the reason why they’re leaking is they’re pro-Trump.”

Democratic Party sources also said such a faction was likely responsible for a recent surge in media leaks on alleged details of an ongoing FBI investigation of the Clinton Foundation.

According to various media reports, the anger toward Clinton hit a fever pitch when Comey decided in July not to recommend an indictment for Clinton’s use of the unauthorized server at her home in Chappaqua, New York – rather than the State Department system – after classified government secrets were found in some of her emails.

That controversy was revived when Comey disclosed in a letter to senior lawmakers that the FBI was looking at new emails as part of a probe into Clinton’s use of a private email system while secretary of state.

Further complicating matters, the actions of FBI Director Comey may have broken the law.

On Sunday, U.S. Senate Democratic Leader Harry Reid wrote to Comey to accuse him of partisan actions that may have been contrary to the 1939 Hatch Act.

The Hatch Act bars government employees from taking part in political activities that include soliciting or accepting donations from a political party and using official authority to interfere with the outcome of an election.

A Hatch Act investigation is an administrative, not a criminal, matter. Penalties may include removal from office, a demotion or temporary suspension, or a civil penalty no higher than $1,000. In cases of high-level officials, the disciplinary decisions on OSC actions are made by the president.

It is unclear if the FBI inquiry has upset the balance in the race, though 62 percent of likely voters yet to vote said the FBI review would make no difference to their vote, while 57 percent of Republican supporters said that they were less likely to vote for Clinton after the FBI review.

The race has tightened with several swing states that Republican Donald Trump must win shifting from favoring Democrat Hillary Clinton to being toss-ups, according to polling conducted by the Reuters/Ipsos States of the Nation project.

The two presidential candidates are now tied in Florida and North Carolina, and Clinton’s lead in Michigan has narrowed so much that the state is too close to call. Ohio remains a dead heat and Pennsylvania is now tilting to Clinton.

Florida and North Carolina are both must-win states for Trump as he tries to piece together the 270 electoral votes needed to capture the White House. Clinton, who has comfortable leads in big states such as California and New York, could more easily reach 270 votes without winning either Florida or North Carolina.