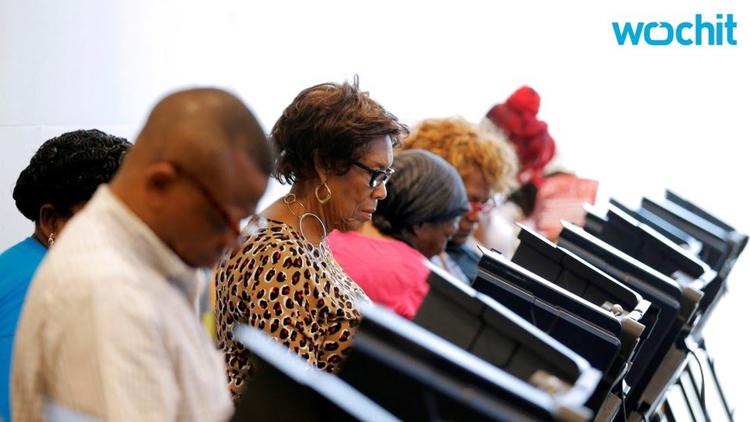 ‘Injunction will help make sure not a single voters’ voice is unlawfully taken away,’ says Rev. William Barber II of the NC NAACP.

“The NAACP is defending rights of all North Carolinians to participate in this election and we will not back down and allow this suppression to continue”
—Rev. William Barber II, NC NAACP

The ruling by U.S. District Judge Loretta Biggs followed from a lawsuit filed by the North Carolina NAACP which charged that officials in three counties—Beaufort, Moore and Cumberland—had cancelled registrations of thousands of voters solely on the basis of a challenge process triggered by individuals (like this guy) who produced single mailings returned as undeliverable, purporting to show a change in residence. The lawsuit challenged the procedure, arguing the removals were done without written confirmation from the affected voters and in violation of federal voter registration laws, including the National Voter Registration Act (NRVA).

“The Court finds that a narrowly tailored injunction is warranted to ensure that eligible voters are not deprived of their right to participate in the upcoming election due to a flawed process engaged in by the State and County Boards, which this Court has determined likely violates the NVRA,” Biggs said in her decision.

During the hearing of lawsuit on Wednesday, Biggs indicated her sympathy with the plaintiff’s challenge when she called the process by which officials were removing registered voters as “insane.” Such voter disenfranchisement, Biggs said in her Friday ruling, “cannot be sacrificed when citizens through no fault of their own have been removed from the voter rolls.”

“This emergency injunction will help make sure not a single voters’ voice is unlawfully taken away,” Barber said in a statement. “The NAACP is defending rights of all North Carolinians to participate in this election and we will not back down and allow this suppression to continue. This is our Selma.”

The NAACP and other voting rights advocates charge that the process was an intentional effort—an example of a troubling national trend—by Republican lawmakers and county officials to suppress voter participation in minority communities and among vulnerable voters such as the poor and elderly.

“The voter purges have a long history of being racially-motivated and terribly inaccurate,” said Penda Hair, an attorney for the NAACP. “It’s a timeworn GOP strategy to suppress the black vote that is being recycled in the run-up to Election Day.”

For example, noted the NAACP, the en masse voter challenges in Beaufort County have disproportionately targeted African American voters, who comprise only 25.9 percent of the Beaufort County population, but accounted for more than 65 percent (91 of 138) of the challenges.
Among those was Grace Bell Hardison, a 100-year-old African American woman from Beaufort County who has voted regularly for 24 straight years. Ms. Hardison, whose registration was upheld following outcry when her story was publicized and supported by the NC NAACP, was among the plaintiffs in the suit.
Also a plaintiff in the suit after his registration was challenged by officials, James Edward Arthur Sr., an African American and lifelong resident of Beaufort County, has voted in at least 14 elections since 2011. He was also planning to vote in the upcoming Nov. 8 election, but found out the Beaufort County Board of Elections, on or after Oct. 24, 2016, purged him from the rolls following a third-party challenge based solely on an undeliverable mass mailing.
“I did not receive notice from the State or Beaufort County that my voter registration had been challenged, or that a hearing had been set to determine whether I would remain on the State’s list of eligible voters,” Arthur said. “If I knew my right to vote was in jeopardy, I would do whatever I could to protect it. I want and plan to vote in the upcoming election, but I am concerned that since my registration has been canceled I will not be able to cast a ballot or it will not be counted.”
This work is licensed under a Creative Commons Attribution-Share Alike 3.0 License

Wochit News: “North Carolina Must Restore Voters Who Had Been Purged”