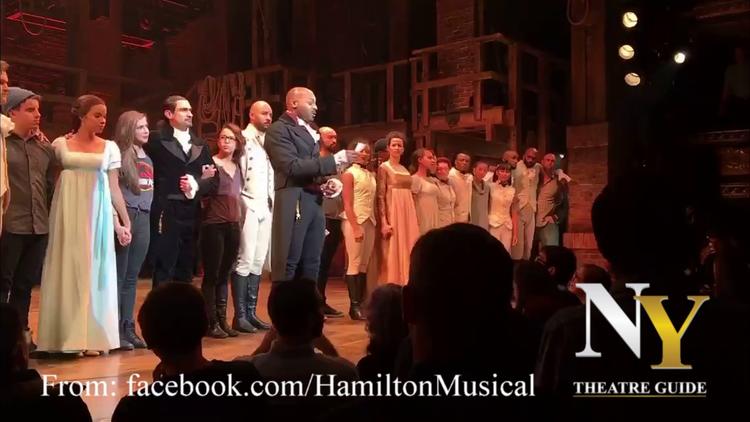 Trump is the master of misdirection, the techniques magicians use to get you to look elsewhere while they perform their sleight of hand. This weekend on social media was taken up with his slamming matches with the cast of the play “Hamilton,” who addressed a respectful appeal to vice president-elect Mike Pence to honor the country’s diversity as he was leaving the playhouse. Trump also slammed Saturday Night Live for its satire of him.

The Hamilton story was actually placed above the fold at the New York Times, while the news that broke Friday that Trump had settled the student lawsuits against him over the fraudulent “Trump University” for $25 million was placed below the fold.

1. Trump charged some students as much as $30,000 a year for tuition at his so-called university, in return for which they got nothing of value. The Better Business Bureau gave the “university” a D-minus rating.

As George Takei of Star Trek fame tweeted, Trump probably made $150 million with this educational fraud, even after paying the settlement.

What Mr. Takei did not say is that even the $25 mn. settlement can be taken off Trump’s taxes! This is the man who ran on lowering student debt— but who created debt for 5,000 students, and useless debt (many indebted students at least do have a real degree).

2. A Neo-Nazi conference was held in Washington this weekend to celebrate Trump’s win, in which there were actually “Heils” shouted out from the audience and anti-Jewish statements were made. These white supremacists go by the name alternative right or alt-right by which they mean that they are to the right of the conservatives. The corporate media, in accordance with the project of normalizing Trumpism, has been willing to refer to them by this term that they themselves chose for propaganda purposes. But they are just white supremacists with a nostalgia for 1930s Germany.

3. Senator John McCain (R-AZ) threatened to take the incoming Trump administration to court if they engaged in waterboarding, which is included in international law as a form of torture. Trump ran on a platform of using torture, and at one point promised to bring back waterboarding. His nominee as head of the Central Intelligence Agency, Rep. Mike Pompeo (R-KS), has said he does not consider waterboarding to be torture, and affirmed that it is constitutional. (The Bill of Rights forbids cruel and unusual punishment, and the US is signatory to treaties and instruments that ban torture).

5. Members of the Israeli cabinet are coming out in favor of white supremacist Steve Bannon, the new White House propagandist under Trump. Bannon’s Breitbart.com and the Neofascist tendency it represents have often engaged openly in bashing Jews. (Bannons says that Breitbart is an organ of the “alt-right,” the Neofascist strain referenced in “2” above). Like many white nationalists, however, they support Israeli squatters against brown Palestinians, and this is the basis on which PM Binyamin Netanyahu’s extremist cabinet is willing to give them a pass. The term “Antisemite” is now reserved by the Zionist right wing only for human rights critics of the theft of Palestinian land and resources, and is not applied to actual bigots who are prejudiced against, you know, like . . . Jews. This development is not exactly shocking, since the Likud Party’s “revisionist” Zionist has roots in the 1930s mass political movements and is influenced by fascist thinking of that era.