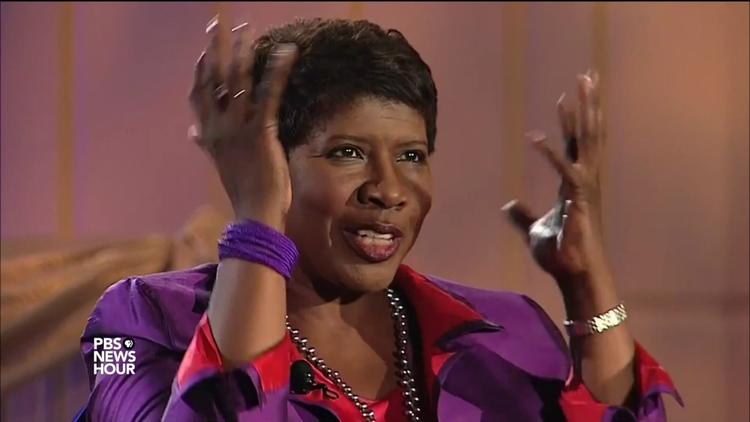 Gwen Ifill, long-time co-anchor of the PBS Newshour, is dead at 61, after a battle with cancer. She was an expert interviewer, and she discussed Iraq with me many times on the NewsHour. I was so lucky to have been on with her. Ifill was the daughter of an NYC preacher and her parents were from Panama and Barbados, respectively. She became host of Washington Week in Review in 1999, becoming the first African-American to head up a significant political discussion show on television.

Here is one of our many discussions, this one about former Iraqi prime minister Nouri al-Maliki’s demand in summer of 2008 that US troops leave Iraq, part of the politics around the Status of Forces Agreement then being negotiated by the Bush administration. Bush afterwards committed to leave Iraq in December of 2011, a task he bequeathed to Barack Obama, who carried out Bush’s agreement and took some blame for it that actually rests with Bush. I’ve edited the exchange down to Ifill and myself for the most part. Gwen, RIP.

For the first time this week, Iraqi President Nouri al-Maliki said that he expects a pending troop deal with the U.S. to include a timetable for withdrawal. Two Iraq analysts weigh the state of U.S.-Iraqi relations.

GWEN IFILL: The debate over when and how U.S. troops withdraw from Iraq has become central to the U.S. presidential campaign, as well as to the political future of the Iraqi prime minister, Nouri al-Maliki.

For the first time, Maliki this week has begun calling for timetables for pullout, a position that puts him at odds with the U.S., but could help him at home. What’s going on?

For that, we turn to two veteran Iraq analysts. Rend al-Rahim Francke is a senior fellow at the U.S. Institute for Peace. She also served briefly as Iraqi ambassador to the United States. And Juan Cole is a professor of history at the University of Michigan.

GWEN IFILL: Juan Cole, is this a balancing act or is this a significant shift in approach?

JUAN COLE, University of Michigan: Well, it’s certainly a significant shift in rhetoric. Maliki has never before called for a timetable for U.S. withdrawal.

His national security council adviser today made an even stronger statement that any memorandum of agreement between the United States and Iraq on the status of U.S. forces in that country would have to include a timetable.

He said that right after meeting with Grand Ayatollah Ali Sistani of Najaf, the spiritual leader of Iraq’s Shiites. There were big demonstrations, thousands strong, on Friday organized by the Sadr movement, which is still a vital political force, against the Status of Forces Agreement.

And the deputy speaker of parliament today said that he can’t imagine the parliament agreeing to a Status of Forces Agreement that allows the U.S. troops in Iraq to function with immunity from prosecution in Iraqi courts. So al-Maliki is…

JUAN COLE: It’s frustration over the status-of-forces agreement. The U.S. and Iraq were supposed to sign those by the end of July. There are still many issues that have not been resolved in the negotiations.

Iraq is very eager to come out from under Chapter 7 of the United Nations charter. It wants to regain its sovereignty, but it doesn’t want to do so at the cost of giving up sovereignty to the United States.

GWEN IFILL: Professor Cole, it seems a year ago, probably we were talking to you, when we talked about Nouri al-Maliki, we talked about how weak he seemed and how there was so much speculation about whether he would survive as prime minister. What has happened? He seems to be in a much stronger position now.

JUAN COLE: Well, he’s certainly grown into the job. He came to be prime minister from a background, really, in conspiratorial politics in Damascus for 20 years.

And I think initially he just didn’t understand what it meant to be a prime minister. He wasn’t meeting with the Sunnis in his government. He alienated a lot of people. And he was running interference for the Mahdi Army. Initially, he came to power backed by the Sadr movement.

So as he broke with the Sadrists, as he made a closer alliance with the Islamic Supreme Council of Iraq, he gained a source of local support that wasn’t quite so rejectionist. And he was able to move forward.

I think his military also has improved in its capabilities. He’s gained in confidence. So a lot of things have come together. I think also the decline in — relative decline in violence has given him more room to operate.

GWEN IFILL: Let’s talk about the decline in violence. To what degree is he responsible for that? And does that mean that, now that Iraq has the capability to step in, should the U.S. decide to step back? . . .

REND AL-RAHIM FRANCKE: The people around Maliki have said repeatedly that they believe that the army and the police have the capability to step in, perhaps not immediately, but gradually, over a short period of time, they can take over. . .

GWEN IFILL: Let me quickly ask Juan Cole that same question. Briefly, do you believe that they’re ready to step in should this withdrawal threat or promise be serious?

JUAN COLE: Well, they’re increasingly ready. It should be remembered that the United States military has all but withdrawn from large numbers of provinces in Iraq and that Iraqi police and military are doing the day-to-day security details in places like Najaf and Karbala, even now in Diwaniya.

There are still some very troubled provinces, Diyala province, Salah ad Din, and even Mosul itself, where I think the Iraqi military is untried.

PBS NewsHour: “Gwen Ifill on being a little girl transfixed by news”