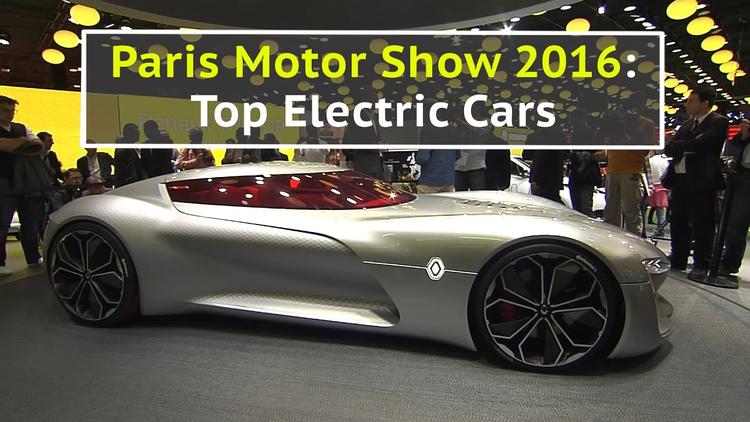 As fossil fuels fight loud and clumsy battles for continued dominance in countries such as the US, UK, and Australia, a renewable revolution as quiet as the electric cars it powers continues apace everywhere that people care about air and noise pollution, prosperity, and the global environment.

After a decade of underestimating clean energy, the International Energy Agency (IEA) has stunningly revised its renewable growth forecasts, while batteries have become a trillion dollar threat to credit markets due to their looming disruption of electricity and automotive industries. We are unstoppably accelerating towards a future where energy is more distributed and democratic, and where electric vehicles and 21st century battery storage systems clean up the mess fossils created, as they revolutionise life as we know it.

The clean energy revolution is happening faster than anyone imagined, and batteries and electric vehicles are further accelerating the transition away from fossil fuels. The Paris Agreement triggered a new race, with countries such as China, the EU and the US all taking strong legislative steps to accelerate EV growth. Every new home across the EU will have to include an EV charging point from 2019, while the US alone expects more than 11 million EVs by 2025. This revolution in transportation is taking place as renewable energy reaches record-breaking levels of growth – further greening the grid to make EV’s even cleaner.

Clean energy has already beaten fossils, and the booming battery storage and electric vehicle markets are finishing the job. Battery powered homes, grids, and vehicles are a trillion dollar threat to credit markets saturated with fossil investments, with death spirals beginning to manifest for utilities and automotive businesses that fail to move with the times or, worse, get busted scandalously greenwashing.

The end of fossil fuels means a better quality of life for all. Fossil fuels do not help alleviate poverty, they worsen it. Renewable energy benefits all through massive reductions on the premature deaths attributed to air pollution each year, greater community control over power needs, and greater energy security in a world of increasingly extreme and destructive weather events. Electric vehicles further improve air quality, while simultaneously driving dramatic reductions to noise pollution that will make the cities far more liveable.

The renewable energy revolution is now well underway, but many continue to underestimate just how fast and transformative it is going to be.

Despite a conservative approach to energy markets, the International Energy Agency (IEA) has just announced that ‘we are witnessing a transformation of global power markets led by renewables’. A bold statement that comes in the wake of new data showing that more than half of new power capacity added last year came from renewable energy sources like wind and solar power – beating fossil fuels for the first time.

The expansion of renewable capacity reflects impressive cost reductions for onshore wind and solar panels that would have been ‘unthinkable just five years ago’ according to the IEA, who fully expect the trend of declining costs to continue.

If rapid improvements continue in renewable energy and innovative technologies like electric vehicles, petroleum consumption will peak in 2030 and decline thereafter, according to a report from the World Energy Council. The plunging cost of renewable energy, with solar-module costs falling 50 percent since 2009, is already upending the business model of utilities.

Disruption could swiftly spread to the oil industry as electric vehicles become more economical than gasoline or diesel cars – potentially displacing millions of barrels of daily fuel use by the late 2020s.

We are already approaching a tipping point in the electric vehicle revolution according to industry experts. Technological advances in battery storage, vehicle design and interconnectivity are increasingly standing electric vehicles up as serious competition for fossil fuel-burning vehicles – even when it comes to performance and affordability.

Many governments can see the writing on the wall and several countries are competing to be the first to go beyond fuel-burning cars – including Germany, India, the Netherlands and Norway. China, the largest market in the world for electric vehicles, is aiming for a 10-fold increase in sales by 2025 and is offering up generous subsidies to support this drive.

As new and retrofitted electric vehicles become the norm, the whole soundscape of our cities is going to change. Alongside dramatic improvements to air quality, this has the potential to completely revolutionise modern life, but to fully realise the major benefits of switching to a clean transportation system other key sectors – in particular shipping and aviation – need to up their game. The current deadlock that is delaying an effective global deal to cut pollution from shipping, and attempts to expand major airports in the UK, France and Turkey, put these sectors behind vehicular transport in the race for adequate 21st century systems.