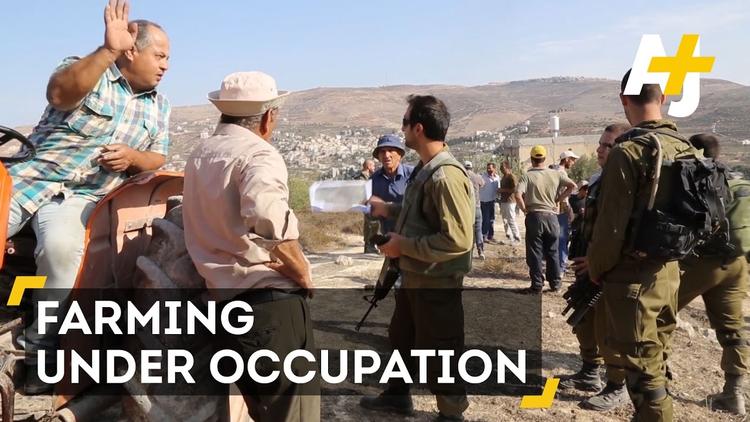 Jimmy Carter wrote and NYT op-ed yesterday in which he called on Barack Obama to arrange for the UN Security Council to recognize Palestine and pass resolutions reaffirming the illegality of Israeli squatting on Palestinian land in the West Bank.

Carter points out that there are 600,000 such Israeli squatters on stolen Palestinian land. He knows that likely Trump’s election marks the end of the US cover story that it is working toward a two-state solution.

With all due respect to Carter, who deserves a lot of respect, there is no evidence whatsoever that the US has done anything at all to implement a two-state solution. Washington has occasionally hosted Israeli-Palestinian negotiations, but when the Israeli side insulted the US Secretary of State and the president and refused to cease aggressively colonizing Palestine even while they supposedly were parlaying over it, the US just acquiesced in Israeli intransigence. The Wikileaks cables from 2006 and 2007 show US embassy officials slavishly following Israeli policy initiatives like the boycott on Gaza.

Carter is speaking out because a Trump policy on Israel-Palestine puts in doubt the legacy of his Camp David accords of 1978-79. Indeed, if the occupied Palestinians end up living in the hell of a decades-long Apartheid under the Israeli jackboot, then Camp David looks more and more like just a separate peace in which Egypt extricated itself from further confrontations with expansionist Israel, receiving back the Sinai, and leaving the poor weak Palestinians and Lebanese to their oppressive fate.

Not only is it right to rescue millions of Palestinians from statelessness, but resolving this issue would resolve 70% of America’s terrorism problem in the region.

So how plausible is Carter’s proposal to Obama? Oh, it could easily be done. The other members besides the US of the UN Security Council (Britain, France, Russia, and China) would be perfectly happy to pass a resolution condemning the Israeli squatting on Palestinian territory, if they were sure the US would not simply veto it, as it almost always does. The US itself could present a resolution, and I’ve heard that Obama’s team have crafted one as a contingency.

The trick is political will. The US would have to avoid exercising its veto. It always vetoes resolutions sanctioning or criticizing Israeli aggression and colonization.

Each president behaves in this way because the Israel lobbies have traditionaly helped fund political campaigns (John Mearsheimer and Stephen Walt estimated that these lobbies provide as much as a third of the campaign funding for the Democratic Party.) You wonder if all this will change with the new Bernie Sanders and Donald Trump models– crowdfunding a campaign on the one hand and just having a billionaire buy the presidency with his own money. Sanders could take a more even-handed stance on the occupation of the stateless Palestinians precisely because he did not owe any big donors anything. In contrast, Hillary Clinton was deeply indebted to fanatical Israel-firsters like Haim Saban, and her speeches on the Mideast might as well have just been written by the Netanyahu government of Israel. Trump took a little money from Sheldon Adelson toward the end but not much, I think it was like $3 mn., which presumably did not buy much.

So the danger is that if Obama lifts his standing veto on UNSC resolutions on the occupied Palestinian West Bank and Israeli colonization policy, single-issue pro-Israel lobbies will decline to support the Democratic Party in 2020. Obama, as the leader of the Democratic Party, can’t very well chase away a third of the party’s funding for the next presidential race. (Even though, as I said, Sanders and Trump have introduced new models that could allow the sidestepping of single-issue lobbies like AIPAC).

But this juncture is special, and Carter is right that Obama could take the lead here. First of all, where are the pro-Israel donors going to go? To Trump? Can they really trust someone who is openly appointing known Neofascists and white supremacists?

So this is the one time where Obama could probably cross the Likud Party without harming Democratic Party fundraising down the line. Of course there is also the issue of the pro-Israel vote in Florida and elsewhere, but they couldn’t stop Trump in Florida or Pennsylvania so they are not as crucial as AIPAC keeps proclaiming.

So it seems to me that Obama can indeed act, and what I hear is that he is actively contemplating this step. Trump would not easily be able to reverse a UN Security Council resolution that imposed sanctions on Israel for breaking international law by its galactic theft of Palestinian territory and its demotion of the Palestinian people to stateless objects of foreign military rule. He could go back to vetoing new resolutions, but was done would be done.

In fact, if Obama does not do what Carter is calling for, he could end up having no legacy at all. The Iran deal is fragile, as is Obamacare, and those were his only real achievements aside from a slew of executive orders that can be reversed by the incoming administration.

But of course the fate of 12 million Palestinians is rather more important than whether one politician is remembered for anything in the history books.

AJ+: “The Struggle Of Palestinian Farmers Under Occupation”