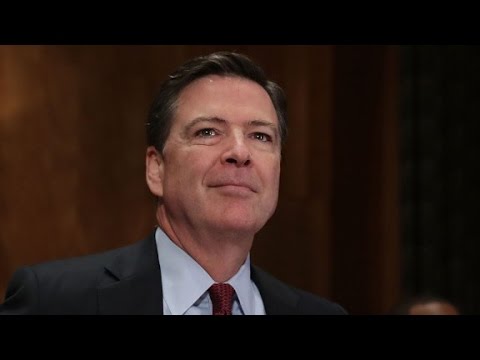 What is unusual about the FBI’s intervention in the 2016 election is not the intervention. The FBI tries to shape US politics every day. They actually used hashtags to put supporters of Black Lives Matter under surveillance. It is that they are doing it openly and at the level of a presidential election campaign. That is, Hillary Clinton is being treated like Black Lives Matter members. Even in the 1940s the FBI hated Democrats and saw them as “socialists,” i.e. crypto-Communists. (FBI director Edgar J. Hoover denied this allegation publicly but the documentation on all this is by now quite clear).

So here are some other heavy duty FBI interventions in US politics:

1. In 1946, the FBI started whisper campaigns in the media against progressive Democrats as being secret Communists, throwing Congress into the hands of the Republicans for the first time since 1930.

2. In the 1950s, Kenneth O’Reilly argues, the FBI fed secret smears on leftists to the House Un-American Activities Committee and played a big role in McCarthyism. J. Edgar Hoover may not have liked McCarthy and may have felt some of his charges were lacking in evidence, but the agency worked hand in glove with McCarthy’s committee.

3. In the 1960s the FBI used its covert COINTELPRO program to infiltrate and disrupt Civil Rights organizations such as the Southern Christian Leadership Conference. They even tried to destroy Rev. Martin Luther King, Jr., whom they called “the most dangerous Negro,” with illegal electronic surveillance.

4. COINTELPRO was also deployed against groups organizing to protest the Vietnam War. Note that the US Constitution gives people the right to protest, so the FBI was acting unconstitutionally. In 1971 activists broke into an FBI office and found the documents on COINTELPRO and began leaking them to the press, which got pressure from Nixon not to publish them. They did anyway. The FBI immediately cancelled COINTELPRO.

5. After the Native American Movement occupied Wounded Knee (site of a late 19th century massacre) for three months in 1973, the protesters were acquitted on the grounds that the FBI manipulated key witnesses.

Given this history, it is extremely irresponsible of the Bush and Obama administrations to have given the FBI vast new powers of secret security letters to by-pass warrants, and vast new unwarranted surveillance tools.

CNN: “Comey: FBI has not changed conclusions on Clinton”