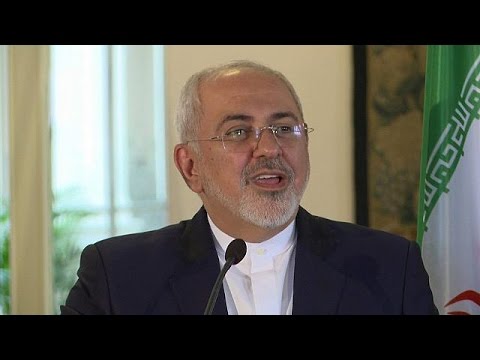 For all his bluster about renegotiating the Joint Plan for Collective Action regarding Iran’s nuclear enrichment program, which the members of the UN Security Council plus Germany signed off on in summer of 2015, Donald Trump didn’t menace Iran itself during his campaign. He lamented Iranian influence in Iraq, but seemed to feel that the pro-Iranian government of Bashar al-Assad in Syria was better than a the Sunni fundamentalist regime likely to be erected by the country’s rebels.

Now we are hearing that Trump may choose Rudi Giuliani or John Bolton for secretary of state. Giuliani has taken money from the shadowy Mojahedin-e Khalq (People’s jihadis) or MEK, a Marxist Muslim group dedicated to using terrorist tactics to overthrowing the ayatollahs in Tehran. Bolton, one of the advocates for Bush’s Iraq War, urged bombing Iran’s nuclear enrichment facilities (which would have released massive amounts of radioactive material on the major city of Isfahan).

So as usual with Trump, he is all over the place. The National Iranian American Council, which represents many Iranian-Americans, has some advice for him in a new report signed by 76 national security experts (I am among them).

NIAC argues that the nuclear deal with Iran was a positive, and reduced tensions in the Gulf. After all, instead of dickering, Dick Cheney and his crew had wanted a war on Iran.

Moreover, despite the skeptics, every evidence is that the agreement is a success. Iran has met all of its obligations. It concreted in its planned heavy water reactor at Arak, which could have been used as a breeder reactor to produce fissile material. It got rid of its stock of uranium enriched to 19.5%. It greatly reduced the number of centrifuges it runs. It accepted thoroughgoing inspections by the UN International Atomic Energy Agency.

NIAC observes that the deal had the added benefit of demonstrating that diplomacy can work with Iran, despite the inevitable attempts of Iranian hardliners to sabotage any improvement of Iran’s relations with the West and despite the deep suspicions of Iran’s clerical Leader, Ali Khamenei.

What that means is that a President Trump can also resolve further outstanding issues with Iran by using diplomacy. He says he is all about the art of the deal, so the biggest deals to be made are with Iran.

Moreover, despite the severe disagreements between Washington and Tehran on some issues, there are other matters where their interests overlap. The US frankly needs Iran to defeat ISIL, and if Trump wants to crush what is left of that organization, he’ll have no choice but to cooperate with Iran (just as Obama has, behind the scenes).

The new NIAC report looks at US-Iran relations with regard to the regional concerns such as the Syrian civil war, rebuilding a viable Iraqi state, stabilizing Afghanistan, the issue of the Saudi-Iran cold war, and energy security. It also covers human rights in Iran and the continued unilateral sanctions imposed by the United States (which are now costing American companies billions of dollars in lost business, and allowing European competitors to clean up.)

One area of urgent cooperation between a Trump administration and Iran will be putting Iraq back together again. Iraqi elites need to realize that they need constitutional reform to reconfigure political parties away from an ethnic basis, which divides the country rather than uniting it. Iraq’s army needs to be rebuilt with mixed units of Sunnis and Shiites. After ISIL is defeated, the pro-Iran Shiite militias need to be demobilized. If they remain standing forces beholden to Iran, it could destabilize Iraq again in ways that will disadvantage Iran.

NIAC is the most effective of the lobbies of Americans of Middle Eastern heritage. Its positions are judicious. They will be disregarded by the Giulianis and the Boltons. But those two don’t want to do a deal. Maybe Trump does. If so, he’d get a better backgrounder from NIAC on how to accomplish that than he would from anyone on his current team.

Euronews: “What will Trump’s presidency mean for the Iran nuclear deal?”