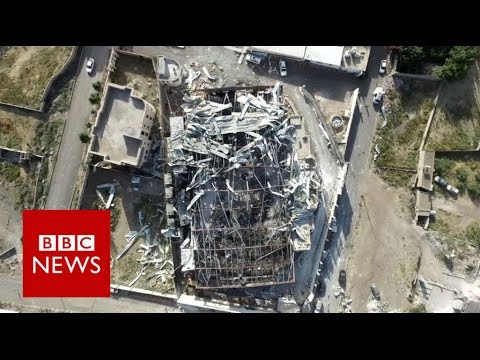 “If Saudi forces are prepared to use cluster bombs, then why is the U.K. continuing to arm and support the regime?” a campaigner asked.

Saudi Arabia admitted Monday it used illegal U.K.-made cluster bombs in Yemen as the Gulf state continues its aggressive air campaign there, backed with the help of arms sales from Western governments. According to The Guardian, Ahmed Asiri, a spokesman for the Saudi-led, Western-backed assault against Yemen, “It has become apparent that there was limited use by the coalition of the U.K.-manufactured BL755 cluster munition in Yemen.”

Following the admission, Saudi Arabia said it would cease to use the bombs and had informed the U.K. of its decision.

When U.K. Prime Minister Theresa May was questioned by the Scottish National party in the House of Commons about the cluster bombs, she refused to answer, and the government’s line until last week remained that there was no confirmation of the bombs being used.

Saudi Arabia used the munitions between December 2015 and January 2016, near Khadra in Yemen.

In a press release published in Al Arabiya newspaper, Asiri defended the state’s use of the bomb.

“This munition was used against legitimate military targets to defend Saudi towns and villages against continuous attacks by Houthi militia, which resulted in Saudi civilian casualties,” he said.

The U.K. is a signatory to an international treaty that bans the use of cluster bombs.

Andrew Smith, a spokesman for the Campaign Against Arms Trade, told The Guardian, “The use of U.K. cluster bombs by Saudi Arabia is characteristic of a brutal war and a brutal regime. If Saudi forces are prepared to use cluster bombs, then why is the U.K. continuing to arm and support the regime?

“Once a weapon has left these shores there’s little if any control over where and when it will be used and who it will be used against,” he continued. “The U.K. must act now to stop the arms sales and to end its complicity in the humanitarian catastrophe that has been unleashed on the Yemeni people.”