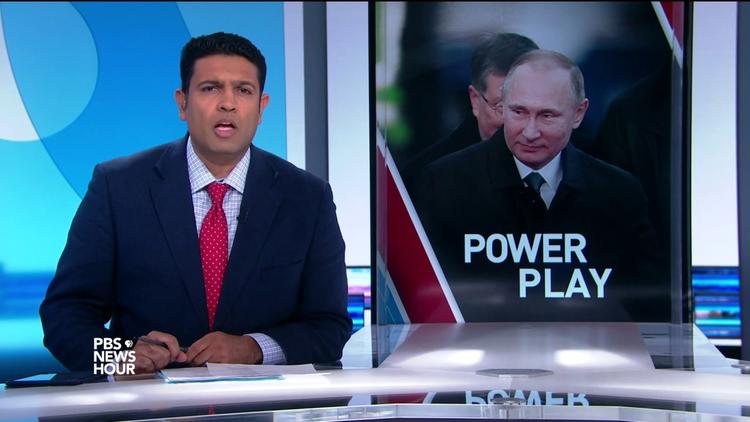 The leaked allegations supposedly from the CIA that Russian President Vladimir Putin “personally” directed how hacked emails from the Clinton campaign should be treated with a good deal of skepticism.

I have already said that the allegations of effective Russian interference in the US election do not make any sense to me. There is no point at which anything Russia is said to have done can be shown to have determined the election outcome.

The things that appear to have hurt Clinton late in the election were her “deplorables” comment about Trump supporters, and the Comey letter about the new emails the FBI had found on Anthony Weiner’s computer. Neither of these incidents had any Russian connection.

I don’t doubt that Russian intelligence was interested in sowing discord in the US around its election. I am saying that there is no evidence that it succeeded.

Moreover, John Podesta’s emails were not hacked. He fell for a phishing scheme in which he received a phony email asking for his login information, which he answered after a technical assistant incorrectly told him the email was legitimate (he meant to say illegitimate). The phishing scheme could easily have failed (never click on a link in your email and then enter sensitive information– open any login page you use manually so as to make sure you aren’t going to a spoofed address; and, first examine the address line from which the email originated; phonies can be easily spotted. People you deal with legitimately aren’t going to ask you for your login information–they already have that).

A phishing scheme is more the speed of that fabled Nigerian prince-scammer than the president of the Russian Federation.

The perpetrators of the phishing scheme, moreover, were not Russian FSB intelligence. They were just a civilian gang that may or may not have been employed by the Russian government.

Given that no one can point to any specific incident or incidents in which the Podesta emails had a discernible effect on the election, there is little reason to blame the outcome of the election on Russia.

But the most recent psy-ops leaks, allegedly from the CIA, speak in loving detail of how Putin himself took control of the operation, as part of a longstanding vendetta against Sec. Clinton.

No new information is added by such an allegation of Putin’s personal involvement. If you said that the Russian government did it, you’d be saying Putin. The image being created, of Putin personally intervening in an American election, is intended to pull at heartstrings. It is propaganda via personalization and demonization.

At one point George W. Bush maintained that he had been right to overthrow Saddam Hussein of Iraq even though that country had not had any dangerous unconventional weapons. The reason? Saddam Hussein, he said, was “evil.”

The “evilness” of an opponent of US policy is metaphysical, and can be used to justify almost anything.

Back in 1953, Iran had a nationalist prime minister who wanted a fair share from BP of the money from sale of Iran’s own oil. His name, Mohammad Mosaddegh, showed his aristocratic lineage. The Eisenhower administration and the compliant Washington press corps waged a campaign of personal vilification against Mosaddegh, hinting around that he was a communist and a puppet of the Soviet Union. This was an aristocratic nationalist!

Demonizing Mosaddegh was a prelude to the CIA buying a crowd and overthrowing the elected prime minister of a major parliamentary country. It has never to this day recovered its democracy.

So was Yasser Arafat. Salvador Allende of Chile.

Whenever the US intelligence agencies collaborate with mass media to throw up on the screen the face of a foreign leader, giving him devil’s horns and making his face red with the flames of hell, we have to take that depiction as a sign that they intend to do something to that country.

PBS NewsHour: “How Putin could have been involved in U.S. election disruption”