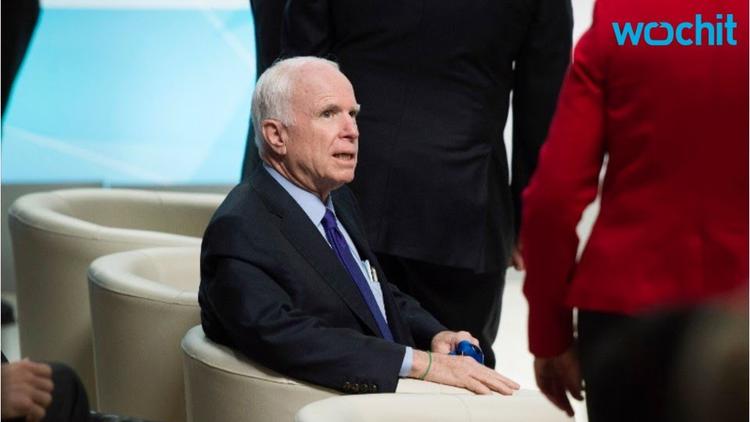 The US president-elect Donald Trump has on several occasions insisted that torture is a good idea and that procedures such as water-boarding are not “tough enough” when dealing with terrorist groups like Islamic State.

The view is clearly morally and ethically questionable. But if we put that aside, does he have a point? If we need to get information out of someone who is plotting to kill lots of innocent people, is it a necessary evil? Well, there’s some psychological research on the subject that can help us answer this question.

Torture can be defined in many ways but it is always intentional and concerns inflicting psychological and/or physical pain to gain information, a confession or simply to punish. There must exist an asymmetrical relationship of power – a dependence and vulnerability where victims realise that they are at the mercy of their tormentors.

Torture has a long history, and despite being prohibited worldwide (in 1948 the General Assembly of the United Nations inserted the prohibition against torture in the landmark Universal Declaration of Human Rights), the use of torture appears to be increasing worldwide. The reason for this is unclear, but the current threat from international terrorism is severe or high in many countries. So, when dealing with those who threaten our security and who appear committed to withholding information, the pressure to get results is significant.

The most commonly cited reason for justifying torture is the hypothetical “ticking time bomb” scenario. Here, a terrorist knows where a bomb is concealed, and when it will go off. If the bomb goes off, then thousands of people will be killed and injured. So torture in such a circumstance is argued as appropriate because the ends justify the means. On the face of it this is a compelling argument. Indeed, even those who are against torture might be persuaded to waver.

But we have to ask ourselves a series of questions. For starters, if our terrorist does know the information we are seeking (the individual may not), will torturing that person really make him or her talk? Finding out is not as simple as it may sound. For obvious reasons, observing torture being carried out and testing whether it works is not legally possible – in the real world or in the laboratory. Rightly, there are ethical codes of conduct that prohibit psychologists’ involvement in torture. The evidence that torture works appears to be anecdotal. Recently, a classified CIA report, which cited eight real cases of torture as evidence that the technique had thwarted plots and led to the capture of terrorists, was branded inaccurate and speculative by the US Senate Select Committee on Intelligence.

But the effects of pain, stress, and coercive behaviour on our ability to think and make decisions are well known. In fact, the published science is very clear – extreme stress and pain (physical and psychological) can bring about false memories, reduce our ability to remember information and seriously affect our decision-making and memory performance in general. Recent research has found stressful interrogations and isolation brought about false memories in upwards of 80% of trained military personnel.

In fact, criminal justice research on false confessions provides irrefutable evidence that even less coercive techniques than torture have brought about verifiable false confessions – and continue to do so. The Reid technique, a method of questioning suspects to try to assess their credibility, is one such example. The technique, banned in some countries, is accusatory, psychologically manipulative, assumes guilt and prevents denials. Yet we know that the more aggressive the interrogation method the higher the probability of eliciting false confessions. Recent, and historical examples of miscarriages of justice as a result of aggressive, manipulative interrogation methods are easy to find.

Psychologists and governments have been working together for a number of years to develop science-based, non-coercive interrogation methods for persuading detainees to reveal information. One example is the US High-Value Detainee Interrogation Group, which develops new interrogation techniques and supports scientific testing of existing ones. The UK government also supports similar research.

I am one one of many researchers who develops non-coercive, science-based intelligence interviewing methods. But what are they and how do you go about it?

A starting point is that we always have to accept that, even if a person knows the information we are seeking, we may never be able to “make” him or her reveal it. Even if we torture, some information may be offered, but it might be false, simply to stop the suffering.

Much of our knowledge comes from laboratory experiments and research in the criminal justice system, where the stakes are high, but not necessarily as high as for terrorists. We do know that aggressive behaviour does not help, but effective rapport building, and the way in which questions are presented and framed can bring about cooperation and persuasion.

A non-judgemental mindset on the part of the interrogator, and the use of psychologically-based methods such as framing questions to manage the mental distress that typically comes about when we try and change a person’s attitude also helps bring about cooperation. Other effective techniques are managing the context and displaying empathetic behaviour associated with understanding the information holder’s perspective. In this way, we can maximise the chances that information might be revealed.

Indeed, all things considered, the available science simply does not support the argument that torture is effective. What’s more, new research shows it isn’t just a case of avoiding being nasty – actually being fair and nice may be a far superior way of getting information out of people.

Psychological research has impacted on real world practice in the past. The PEACE investigative interviewing model – an acronym that spells out the stages to follow in an information gathering interview – was introduced in the early 1990s and was driven by research investigating miscarriages of justice. It is now used in a number of countries.

Changing hearts and minds is challenging. But, if we start by considering interrogations more like a game of chess against a very able opponent, rather than a fight, governments and policymakers might begin to understand the importance of brains over brawn.

Wochit Politics: “McCain Will Not Allow Trump To Use Waterboarding”