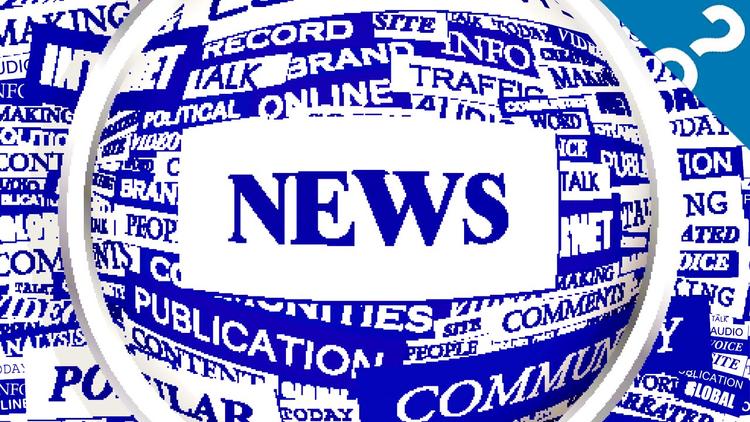 In recent weeks, the amount of online fake news that circulated during the final months of the presidential race is coming to light, a disturbing revelation that threatens to undermine the country’s democratic process. We’re already seeing some real-world consequences. After fake news stories implicated a Washington, D.C. pizza shop as the site of a Clinton-coordinated child sex ring, a man wielding an AR-15 assault rifle entered the store on Dec. 4 to “investigate” and fired shots.

Much of the analysis, however, has focused on the people who create these false articles – whether it’s teenagers in Macedonia or satirical news sites – and what Facebook and Google can do to prevent its dissemination.

But fake news wouldn’t be a problem if people didn’t fall for it and share it. Unless we understand the psychology of online news consumption, we won’t be able to find a cure for what The New York Times calls a “digital virus.”

Some have said that confirmation bias is the root of the problem – the idea that we selectively seek out information that confirms our beliefs, truth be damned. But this doesn’t explain why we fall for fake news about nonpartisan issues.

A more plausible explanation is our relative inattention to the credibility of the news source. I’ve been studying the psychology of online news consumption for over two decades, and one striking finding across several experiments is that online news readers don’t seem to really care about the importance of journalistic sourcing – what we in academia refer to as “professional gatekeeping.” This laissez-faire attitude, together with the difficulty of discerning online news sources, is at the root of why so many believe fake news.

Since the earliest days of the internet, fake news has circulated online. In the 1980s there were online discussion communities called Usenet newsgroups where hoaxes would be shared among cliques of conspiracy theorists and sensation-mongers.

Sometimes these conspiracies would spill out into the mainstream. For example, 20 years ago, Pierre Salinger, President Kennedy’s former press secretary, went on TV to claim that TWA Flight 800 was shot down by a U.S. Navy missile based on a document he had been emailed. But these slip-ups were rare due to the presence of TV and newspaper gatekeepers. When they did happen, they were quickly retracted if the facts didn’t check out.

Today, in the age of social media, we receive news not only via email, but also on a variety of other online platforms. Traditional gatekeepers have been cast aside; politicians and celebrities have direct access to millions of followers. If they fall for fake news, any hoax can go viral, spreading via social media to millions without proper vetting and fact-checking.

Back in the 1990s, as part of my dissertation, I conducted the first-ever experiment on online news sources. I mocked up a news site and showed four groups of participants the same articles, but attributed them to different sources: news editors, a computer, other users of the online news site and the participants themselves (through a pseudo-selection task, where they thought they had chosen the news stories from a larger set).

When we asked the participants to rate the stories on attributes tied to credibility – believability, accuracy, fairness and objectivity – we were surprised to discover that all the participants made similar evaluations, regardless of the source.

They did disagree on other attributes, but none favored journalistic sourcing. For example, when a story was attributed to other users, participants actually liked reading it more. And when news editors had selected a story, participants thought the quality was worse than when other users had selected ostensibly the same story. Even the computer as the gatekeeper scored better on story quality than news editors.

The problem of layered sources

When it comes to internet news, it seems that the standing of professional news agencies – the original gatekeepers – has taken a hit. One reason could be the amount of sources behind any given news item.

Imagine checking your Facebook news feed and seeing something your friend has shared: a politician’s tweet of a newspaper story. Here, there’s actually a chain of five sources (newspaper, politician, Twitter, friend and Facebook). All of them played a role in transmitting the message, obscuring the identity of the original source. This kind of “source layering” is a common feature of our online news experience.

Which of these sources is most likely to resonate with readers as the “main source?”

My students and I approached this issue by analyzing news aggregator sites of varying credibility, such as Yahoo News (high credibility) and Drudge Report (low). These sites will often republish or link to articles that have originated somewhere else, so we wanted to know how often readers paid attention to original sources in the stories appearing on these websites.

We found readers will usually pay attention to the chain of sourcing only if the topic of the story is really important to them. Otherwise, they’ll be swayed by the source or website that republished or posted the story – in other words, the vehicle that directly delivered them the story. It’s not surprising, then, to hear people say they got their news from “sources” that don’t create and edit news articles: Verizon, Comcast, Facebook and, by proxy, their friends.

When friends – and the self – become the source

When reading online news, the closest source is often one of our friends. Because we tend to trust our friends, our cognitive filters weaken, making a social media feed fertile ground for fake news to sneak into our consciousness.

The persuasive appeal of peers over experts is compounded by the fact that we tend to let our guard down even more when we encounter news in our personal space. Increasingly, most of our online destinations – whether they’re portal sites (such as Yahoo News and Google News), social media sites, retail sites or search engines – have tools that allow us to customize the site, tailoring it to our own interests and identity (for example, choosing a profile photo or a news feed about one’s favorite sports team).

Our research shows that internet users are less skeptical of information that appears in these customized environments. In an experiment published in the current issue of the journal Media Psychology, a former student, Hyunjin Kang, and I found that study participants who customized their own online news portal tended to agree with statements like “I think the interface is a true representation of who I am” and “I feel the website represents my core personal values.”

We wanted to see if this enhanced identity changed how they processed information. So we introduced fake health news stories – about the negative effects of applying sunscreen and drinking pasteurized milk – into their portal.

We discovered that participants who had customized their news portal were less likely to scrutinize the fake news and more likely to believe it. What’s more, they showed a higher tendency to act on the advice offered in the stories (“I intend to stop using sunscreen”) and recommend that their friends do the same.

These findings explain why fake news thrives on Facebook and Twitter, social media sites where we’re connected with our friends and have curated our own pages to reflect ourselves. Lulled into a false sense of security, we become less likely to scrutinize the information in front of us.

We can’t distinguish between real news and fake news because we don’t even question the credibility of the source of news when we are online. Why would we, when we think of ourselves or our friends as the source?

How Stuff Works: “4 Ways to Spot a Fake News Story”