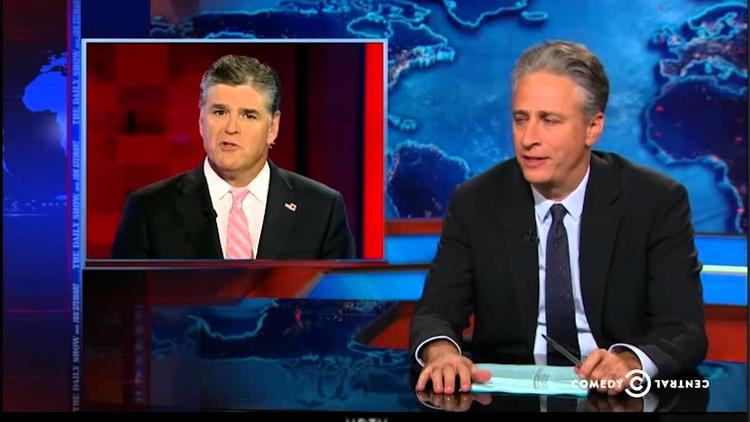 The concern about “fake news” now sweeping the inside-the-beltway crowd is a little hilarious, since all corporate news (i.e. news for profit) has elements of fakeness.

For instance, cable television news channels almost never cover climate change, and when they do they tend to give equal time to denialists. This is like never covering lung cancer and then when you do, bringing on a tobacco company executive to deny that cigarettes cause it. The reason for the dereliction of duty, which puts the welfare of all human beings at risk, is that the same corporations purveying the news also own a lot of stock in Exxon-Mobil and other Big Carbon companies. Basically, television executives are drowning your great-grandchildren for the health of their stock portfolios. The simple truth is that Exxon-Mobil stock is worthless, since their product is poisoning the planet, and as soon as the public wakes up to this fact, a lot of wealthy people will be bankrupt. (Virtually the entire British upper crust have their retirement funds heavily invested in BP, which I wouldn’t advise.)

Industry professionals have also admitted in interviews that they have been ordered by management not to bring up labor unions. Even large and long-lasting labor strikes tend to be ignored in television “news,” which is the news the business classes permit the public to see.

But those are sins of omission, and even highly professional journalists (and there are plenty working for the corporate media giants) have to put up with that kind of thing if they want to keep their jobs.

The sins of commission are much worse. They are what is now being called fake news. Some have suggested that fake news is just a synonym for propaganda, but I’m not sure that is correct. Good propaganda would probably admit a kernel of truth and then spin it. Fake news is about making stuff up and then purveying the resulting B.S. as the report of a professional journalist.

The most mammoth creator and distributor of fake news is not a few teenagers in Montenegro or wherever. It is an ancient ruddy Australian multi-billionaire named Rupert Murdoch, who conspired with shady GOP operative and alleged serial sexual harasser Roger Ailes to create Fox Cable “News” in 1996. As I put it in December, Fox’s “blonde anchors were not so much hired as trafficked.”

Murdoch, one of the more horrible persons ever to have lived, routinely used his prominence as owner of newspapers and television news channels to bully politicians. His is almost single-handedly responsible for blunting an urgent response to climate change, so he is a mass murderer in waiting. He owns the Wall Street Journal and the Times of London and much else besides (having all these outlets in the hands of a single man should be illegal to protect democracy). People very close to him hacked into newsworthy people’s phone message systems to get dirt on them for blackmail or titillating headlines, and it seems a little unlikely that a) this was done only in the UK or b) that people so close to Murdoch could have behaved this way without his knowledge.

Much of what is wrong with Fox Cable News is bias and spin. But it does also simply make things up.

On the making stuff up front, here are some examples:

Fox actually doctored video to make it look as though President Obama encouraged undocumented immigrants to vote (he did urge Latinos to vote). Fox has a long history of doctoring video, which is well documented and should have caused their broadcast license to be revoked.

When Terry Schiavo was lying brain dead and the Republican Party intervened to stop her husband from pulling the plug, Fox actually brought on a psychic to claim that Schiavo was clear about what was going on around her. That is just making stuff up and calling it news. I.e., fake news.

Media Matters has documented 20 years of such steaming piles of B.S. at Fox.

In a three-year study of selected issues, Politifact found that 66% of what Fox presented on these subjects was partially or wholly false, a percentage far higher than any other news network.

Here are some of Politifact’s “pants on fire” findings regarding Fox:

Sean Hannity
“The president said he’s going to bring in 250,000 (Syrian and Iraqi) refugees into this country.”
— PunditFact on Monday, October 26th, 2015
Pants on Fire!

Based on a debunked claim
George Will: “Says President Ronald Reagan “had a month of job creation of 1 million.”
— PunditFact on Monday, April 6th, 2015
Pants on Fire!

Dana Perino: “On climate change, “the temperature readings have been fabricated, and it’s all blowing up in their (scientists’) faces.”
— PunditFact on Friday, February 13th, 2015
Pants on Fire!

Steven Emerson: “There are actual cities” like Birmingham, England, “that are totally Muslim where non-Muslims just simply don’t go in.”
— PunditFact on Wednesday, January 14th, 2015
Pants on Fire!
[See also Informed Comment on this one.]

JC: In fact, no one lived in Sweden during the last Ice Age, roughly 75,000-20,000 years ago, what with the three mile high glaciers sitting on it. When the ice finally receded, Sweden was populated in turn by diverse sets of people from elsewhere and Sweden has a high haplotype diversity. Of course, modern human beings came out of Africa around 50,000 years ago, and the people who started going into Sweden around 12,000 years ago were originally Africans. White skin was selected for in Sweden because embryos need vitamin D and in low-ultraviolet environments, darker skin interferes with sunlight getting through to the embryo. Skin color is a minor feature and says almost nothing about underlying genetic diversity).

There are hundreds of these cases, not to mention all the times that Fox has doctored footage of e.g. Obama speeches. These mistakes are not random. They all try to push the narrative in the direction of Neofascism. The entire channel is a propaganda mill, and the majority of “news” items reported there apparently can’t stand up to dispassionate inquiry.

So as pundits go off looking for culprits in the rise of fake news, they should look elsewhere than the former East Bloc. They should look at the Goebbels of Melbourne, the prophet of the new white supremacy and Neofascism, the propagandist for the Iraq War, one Rupert Murdoch– and his henchman, Roger Ailes– and their successors.

And, it is no accident that the incoming Trump administration is largely made up of staples over at Fox, a place where their sugar daddy Murdoch could nurture them like maggot larvae. Not only did they invent mass fake news, they’ve taken over our country with it.