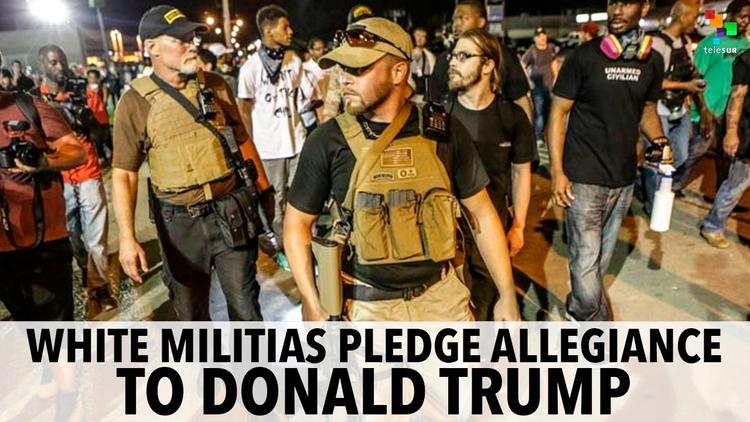 The white supremacist revealed this week he is considering running for the Montana Congressional seat.

With an incoming presidency that was embroiled in charges of using white supremacist rhetoric during the campaign trail, it’s no wonder white supremacists across the country are rising from the margins and being frontlined on mainstream platforms. The rise of Richard Spencer — the white supremacist considering running for Congress — is one such case.

Spencer said in an interview Tuesday that he is “seriously” thinking about running for the Congressional seat in Montana and will make a final decision by early next year, The Los Angeles Times reported.

“This would be an insurgent campaign,” said Spencer, adding that he would run as an independent candidate. “My candidacy would be something everyone would be talking about and would observe.”

Spencer’s National Policy Institute has been listed as a hate group by both the Southern Poverty Law Center and Anti-Defamation League. A video surfaced last month of him speaking to a crowd in Washington that cheered and whooped his neo-Nazi speech that was also met with a roomful of neo-Nazi salutes. He’s been flown around the country since for a multitude of speaking engagements.

Spencer began considering the Montana congressional seat after the current holder of the position, Republican Ryan Zinke, was tapped last week by President-elect Donald Trump to lead the Department of Interior.

According to the Montana secretary of state’s office, for Spencer to run, he would have to submit a petition amassed with 15,000 signatures 75 days before the special election.

“While Democrats have outright condemned his candidacy, Republicans are more ambiguous in their opinion.”

Jeff Essmann, chairman of the Montana Republican Party, told the Missoulian last week that he is not able to comment on “the merits of any candidate or share my personal views on any of them,” but did add that “in most corners of Montana, a Spencer candidacy would be viewed skeptically.”

On Tuesday, Rachel Carroll Rivas, co-director of the Montana Human Rights Network, was more outright in her condemnation.

“He’s using a political platform to take these extremist ideas into our everyday discussion, and we should resist this at every turn,” she said. “Who supports Richard Spencer? … He’s supported by a bunch of online vitriolic trolls.”

Spencer isn’t the only white supremacist who has considered running for office in Montana.

Five years ago, John Abarr, a former member of the Ku Klux Klan ran for the congressional seat, in response to, as he said, the election of President Obama and the subsequent effort to "save the white race." He dropped out due to minuscule support for his campaign. Another white supremacist, Taylor Rose, also ran on an unsuccessful GOP campaign for a seat in the state legislature this year.