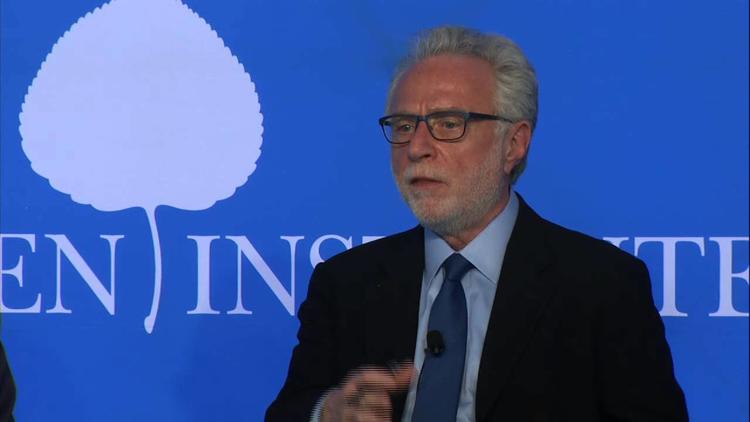 The interview of Gen. James Mattis by Wolf Blitzer at Aspen in 2013, in which the recently-retired former CENTCOM commander spoke freely on Middle East policy, has come back to haunt him now that Donald Trump has put him forward as the next Secretary of Defense. At a time when the US has ground troops in Iraq, Syria and Afghanistan, however, it is not his position on those conflicts that is controversial. It is his remarks on Secretary of State John Kerry’s attempts at peace talks between Israel and Palestine . Alternet quoted him as saying:

“So we’ve got to work on [peace talks] with a sense of urgency. I paid a military security price every day as a commander of CENTCOM because the Americans were seen as biased in support of Israel, and [because of this] moderate Arabs couldn’t be with us because they couldn’t publicly support those who don’t show respect for Arab Palestinians.”

Everybody involved in US foreign policy and security knows that aggressive Israeli colonization of the Palestinian West Bank and siege of Palestinian civilians in the Gaza Strip is a major cause of terrorism against the United States, since Washington is blamed for it, and is a major security problem because it makes the US a pariah in the Muslim world. One of the reasons Usama Bin Laden gave for attacking the US was the Israeli mistreatment of stateless Palestinians:

“‘ Third, if the Americans’ aims behind these wars are religious and economic, the aim is also to serve the Jews’ petty state and divert attention from its occupation of Jerusalem and murder of Muslims there. The best proof of this is their eagerness to destroy Iraq, the strongest neighboring Arab state, and their endeavor to fragment all the states of the region such as Iraq, Saudi Arabia, Egypt, and Sudan into paper statelets and through their disunion and weakness to guarantee Israel’s survival and the continuation of the brutal crusade occupation of the Peninsula. ‘

In his Aspen interview in 2013, Mattis went on to use the A word:

“I’ll tell you, the current situation is unsustainable … We’ve got to find a way to make work the two-state solution that both Democrat and Republican administrations have supported, and the chances are starting to ebb because of the settlements. For example, if I’m Jerusalem and I put 500 Jewish settlers to the east and there’s ten-thousand Arabs already there, and if we draw the border to include them, either [Israel] ceases to be a Jewish state or you say the Arabs don’t get to vote — apartheid. That didn’t work too well the last time I saw that practiced in a country.”

Jimmy Carter was treated shamefully by Alan Dershowitz and Brandeis University and the entire Israel-Lobby Establishment for voicing precisely the same warning, and was excluded by their pressure from speaking at the Obama Democratic National Conventions. Watchlists have been made of academics who dare critize Israeli squatting on Palestinian-owned land.

And let us remember how poor Chuck Hagel was treated, a distinguished Vietnam War vet with two purple hearts and a senator, during the hearing to confirm him as Secretary of Defense, at the behest of Neocon chickenhawks:

“Ah, and then there is Lindsey Graham, the Red Queen of the Senate (who is the essence of the pedantic governess and asks through-the-looking-glass questions like: “Divide a loaf by a knife: what’s the answer to that?”). . .

Then the Red Queen went after Hagel for having said that the “Jewish lobby” intimidates people. He demanded, “Name one person here who’s been intimidated by the Jewish lobby . . . Name one dumb thing we’ve been goaded into doing due to pressure by the Israeli or Jewish lobby.”

Hagel said he didn’t have anyone in mind.

The irony, of course, is that Graham is himself part of the Israel lobby, and there he was intimidating Hagel for complaining about having been intimidated!

All the congressmen and senators know that the Israel lobby intimidates them or tries to, on a daily basis. Ernst Hollings complained, “you can’t have an Israeli policy other than what AIPAC gives you around here.” AIPAC is the American Israel Public Affairs Committee, the de facto foreign agent of the Israeli government in the United States, which gets away with not having to register as such because it has bought off or intimidated Congress.

So let’s see if Senator Graham treats Gen. Mattis the same way (I wouldn’t advise it; he is called “Mad Dog” for a reason), or whether the Israel lobbies will just have to swallow this defeat.

So can the sensible observers of the Middle East now be invited to dinner again and the Israel-Lobby blackballing of them be lifted?

By the way, the rest of Mattis’s interview in 2013 was likewise informed and usually sensible. He was against getting involved in Syria, and warned that military action couldn’t resolve the issue of Iran’s nuclear enrichment program.

CENTCOM Review: Turmoil in the Mideast and Southwest Asia