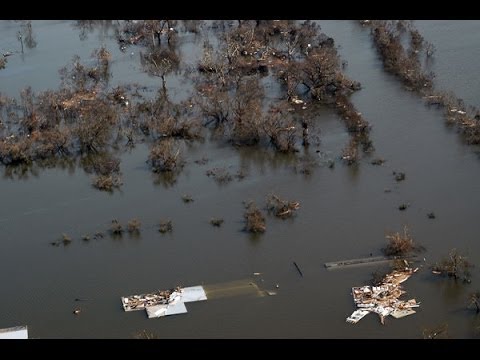 Former CIA head and Secretary of Defense Leon Panetta recently said that if President Elect Trump refuses intelligence briefings and something bad happens, he would be responsible. These are ominous words.

I just finished Panetta’s memoir, Worthy Fights. Two things stood out. First, that much of good government consists of being on top of situations, managing issues very carefully to make sure they do not go wrong, and making sure your subordinates know you expect them to be on top of their jobs. For a couple of chapters I thought the memoir was going to be boring but Panetta was considered one of the best administrators in Washington and I realized that boring is what successful governance is all about.

The second thing that leapt out was Panetta’s discussion of the Benghazi attack, when the U.S. Ambassador and three other Americans were killed. Congressional Republicans spent years “investigating” Hillary Clinton for this, even asking her whether she slept alone the night of the attack. It was shameless. Panetta does not even mention Clinton in his discussion. As far as he was concerned, he was Secretary of Defense and the responsibility was his. He addressed the accusations that somehow the military had been held back from a rescue. He described how several teams were scrambled for rescue operations and then he said, “The people who make these accusations do not understand how the whole military responds when American lives are at risk.” His comments dripped with contempt.

I once had lunch with someone who did the PDB for a former president. He said there are three copies of these materials. One goes to the President, one stays in the CIA files, and one goes to the National Archives. The person doing the briefing has the same security clearance as the President. These briefing documents are in short, precise sentences. Someone on a Facebook discussion joked that President Elect Trump would want them in Cliff Notes format, i.e., simplified. Another person, who had been involved in intelligence, said that is exactly what they are, short and precise, in the spirit of Cliff Notes.

Presidents treat these differently. Bill Clinton kept his briefers hostage, asking more and more questions so that he could get the full impact of the material. President Bush 41, the former head of the CIA, who knew more about the issues than most briefers, took the papers (there may be several) and stuck them in his pocket for later reading. George W was perhaps the most inexplicable (and irresponsible). Bush, who sleep-walked through much of his early Presidency, seemed to treat them as an intrusion into his time.

Only one PDB has ever been released to the public. It is dated August 5, 2001. It reported that Osama bin Laden had agents inside the country and was planning an attack. It speculated that his goal might be to hijack airplanes to exchange for the “Blind Sheikh” Abdul Rahman who had conducted the first attack on the World Trade Center and was rotting away in an American prison. The tone of the PDB was serious, even alarming: American lives are at imminent risk.

Typically a President who received such information would reach for the phone and say, “Clear my calendar. I want a meeting of All Principals in two hours.” All Principals means everyone relevant to this issue. That would include the head of the CIA, DIA, FBI, Attorney General, Secretary of Defense, National Security Advisor and anyone one else involved in protecting the country from “all enemies, foreign and domestic.” The President would chair the meeting and would ask each person what they knew about Osama bin Laden and what information they had on this plot. Having the President cancel his schedule means this would move it to top priority for everyone in that room. Who knows? Maybe the head of the FBI would have said, “We have been following some people who are taking flight training. This happens all the time but these people are strange. Let me get we have and get back to you.”

At the end of the meeting, the President would say, “Let us reconvene tomorrow morning at 9:00. I want everything you have. It looks as if someone is planning to harm our country and our people. Our job is to make sure they fail.”

Unfortunately, what George W did was go on vacation. Richard Clark, head of the CIA’s OBL unit, said his “hair was on fire.” He was running around telling people a strike was imminent. No one would listen. The fact is, we don’t know if George W even read that PDB. But what happened next was interesting. After September 11 when members of Congress starting asking why the intelligence agencies had not been on top of this threat, suddenly references to a PDB began to appear in the newspapers. Clearly, the intelligence community was not going to take the fall for a President who bragged that he never stayed up after 10:00. National Security Adviser Condoleezza Rice released the PDB to the public. You can find it on the internet.

Back to Donald Trump. When he was asked why he was skipping his daily briefings he expressed contempt for the intelligence community: These are the people who told us there were WMDs in Iraq. I am not going to sit in on briefings for eight years (sic) in which I get the same report day after day. If something new comes up, they can tell me about it. And finally, the whole issue of Russian hacking and disruption of the election is sour grapes.

There are some things the President Elect needs to know about this very dangerous minefield to which he has exposed himself. First, the intelligence community is a branch of the defense apparatus, just as the Air Force is a part of that apparatus. Second, we spend untold billions of dollars a year to gather the intelligence that he gets in those PDBs. Third, they know things about him that he does not even know about himself. They know things that could do him exceptional harm and even drive him from office.

When the Nixon presidency began to unravel, people so powerful that we do not even know who they are decided that the idea of President Agnew was unacceptable. They leaked information about the Vice President’s time as governor, the bribes he took, the gangsters with whom he worked, and the fact that even in the Vice Presidency they continued to give him payoffs. He was forced to step down.

Fun Factoid: The Democrats controlled the House and Senate at the time. With Nixon on his way out, it was necessary to appoint a new Vice President, fast. The Republican leaders met with the legendary Tip O’Neil, Democratic Speaker of the House. They asked who he thought would be a good person for the slot. He told them that if they wanted a name that would produce unanimous support during confirmation hearings, they should go with Gerald Ford. Ford was nominated and went on to become President. Think of what you just read. The Democrats decided who would be the next Republican President.

I sincerely hope that President Trump is successful in his presidency. He even has some policies that I think might do some good for the country. Sad to say, I am not convinced that he can overcome his weaknesses: His intemperate tongue, his contempt for categories of Americans, his serious problem with impulse control, his bizarre ideological thinking, his tendency to read extremist blogs in the middle of the night, his thin skin, his resistance to serious information.

If he begins to malfunction, and cause harm to the country, there may well come a time when people so powerful that we do not even know who they are decide to pull the plug. If we reach that point, political bombs will begin to explode left and right and the President will not know what hit him.

God forbid, if we reach that point, he will have a choice:

Supplementary comment: Nothing will happen before the 2018 elections. The Republicans do not want to demolish their party. And for such an event not to be a coup, it would take a large number of Republicans to back his removal (as was true with Nixon). For the time being, they see advantage in having him in office. He also has the legitimacy of the election behind him. The public knew before they voted for him everything we know now. Also, please note that I am describing and analyzing, not advocating.

Ronald Stockton is professor of Political Science, University of Michigan-Dearborn