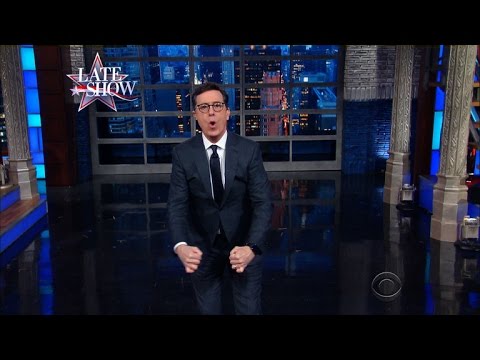 I belong to no organized political party. I am a Democrat.

After it was confirmed that Donald J. Trump will appoint former Exxon Mobil CEO Rex Tillerson Secretary of State, the shape of the Trump cabinet and team has become clear. Neofascist Steve Bannon is White House Strategist. Openly racist Jeff Sessions is Attorney General (guess how many civil rights actions he is going to initiate). General James “Mad Dog” Mattis is Secretary of War (call it what it is). Notorious Islamophobe and conspiracy theorist, who denies that Islam is a religion, Lt. Gen. Michael Flynn is National Security adviser.

But Bill Clinton and Barack Obama, when they came to power (and both were very popular and had real mandates) did not go left in the way that George W. Bush and now Trump have gone right.

In fact, the anecdote is told that in 1993 Clinton and his cabinet looked around the room at each other and observed, “Here we are, Eisenhower Republicans.” Why?

In fact, the Dems had a Republican serve as Secretary of Defense, which is more a Trojan Horse than a sign of bipartisanship and which exposed Obama to Bob Gates’s vitriol in his memoir after his term. In contrast, when W.’s first Secretary of the Treasury Paul O’Neill was fired and then set out to write a damaging memoir, the Bushies openly threatened him with jail time on the trumped up pretext that he was using classified documents (he wasn’t; he never had access to any).

What kind of signal does it send that a popular Democratic president has to turn to a Republican as Secretary of Defense? That we are wimps? Put an anti-war person into that job. I guarantee you, the GIs won’t mind one little bit. It is the chickenhawks who will squawk.

It seems obvious to me that if this country is going to survive, we need to nationalize the electricity grid and re-do it to promote a quick turn to renewables. We need to get rid of coal and natural gas plants. Call it socialism if you like. Hell, call it Menshavikism. I don’t care. I don’t want my grand-nieces and grand-nephews drowning in a storm surge or being cooked to death. Enron and those big energy companies anyway were nothing but scams. Exxon Mobil spent millions to convince you climate change is a hoax, and now they’ve taken over the Federal government. They are not your friends.

Next time, assuming the Neonazis around Trump let us have a next time, I say we go big or go home.

The equivalent of the Bush and Trump picks would be if Obama had appointed Bill McKibben Secretary of the Interior, Michael Mann head of the Environmental Protection Agency, Barbara Ehrenreich Secretary of Labor, Frida Berrigan as Secretary of Defense and Paul Krugman Secretary of the Treasury. I’m not saying that President Obama’s cabinet members were unqualified. But with a few exceptions, most of them were right of center– Panetta, Lew (former COO at Citibank), etc.

It seems fairly clear that had they won, the Clinton Corporate Democrats would not even have been gracious enough to offer Bernie Sanders or any of his prominent supporters a high-powered position. Too far left?

Why can’t the Democrats ever throw caution to the wind and be themselves? Is it because they are beholden to the same big-money donors as George W. Bush was? But Bernie Sanders showed that you can now crowdfund a presidential campaign. Is it because they are afraid of the gerrymandered Permanent Republican Majority in the House of Representatives? But what can they really do about a president’s cabinet? As for the Senate, surely there are things they want from a president that they won’t get if they completely shut him out. Not to mention that Obama actually briefly had a Democratic majority and squandered it. A Republican president would have had several major pieces of legislation ready to go and given it to Harry Reid and Nancy Pelosi and said, “Here, go pass this while we have a bare majority.”

Is it because they are worried about being called socialists or about public opinion turning against them? But W. and Trump weren’t worried about those things when they appointed loony tunes Neoconservatives who told us Iraqis would drape garlands around the necks of invading Western infidel troops in gratitude for being occupied. Half of Trump’s proposed appointees could probably be committed to insane asylums if their relatives cared enough about them to get them help. And the Dems are worried about reputational damage from appointing people who are merely left of center?

I can remember when Scott Brown won a senate seat from Massachusetts, and Obama said he didn’t want to push through Obamacare in Brown’s absence. What is this, a game of lawn croquet? What did President Obama get from being gentlemanly? Not a single Republican senator voted for the ACA, despite demands that it be reshaped in ways that hurt ordinary people, and now they will destroy it and toss 30 million people out of health care.

I’m not asking for Democrats to be ruthless. I’m asking for them to be assertive and principled. If they ever win another election, they should be unafraid to go as far left as Trump has gone right (but without the conspiracy nuts, please). OK, as I think about what the Trump crew are about to do to Americans’ quality of life and standard of living, maybe I’m revising as I write.

I’m asking for the Democrats to be ruthless.