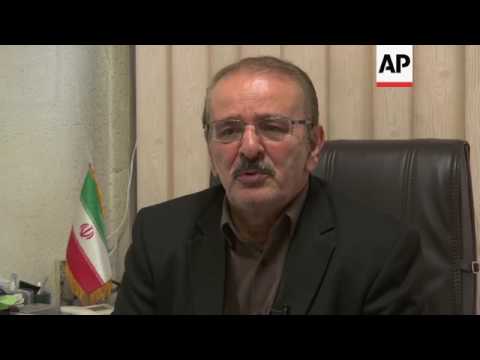 Iran’s pundits are confident that the country is sitting in the catbird seat. They are elated over the Syrian regime of Bashar al-Assad proving victorious, with Russian help in Aleppo. They are exulting in their newly strengthened ties with Moscow. They believe that the Obama administration’s policy, of allying with the Sunni Arab gulf monarchs to back fundamentalist Sunni militias in Syria has been all but quashed. They even see signs that Turkey has made its peace with the survival of the al-Assad regime.

It is also true that Donald J. Trump has pledged to tear up the UN Security Council deal with Iran to limit its nuclear program solely to civilian purposes.

But even there, Iranian analysts show a good deal of confidence.

Behrouz Poursina writes in the reformist Mardom Salari that the nuclear deal in essence ended the Obama administration’s tight alliance with the EU, Russia and even China in imposing severe sanctions on Iran. Now, that alliance has been scattered by the very success of the agreement. He says that if Iran had walked out on the talks, as the hard liners had wanted, it would have lost the opportunity for a substantial strategic breakthrough. Sanctions and hostility toward Iran would have continued unabated, and the great powers would have continued to be allied in this regard. Poursina says that it was the breakthrough of the nuclear deal that allowed Russia to buck the US and establish a robust alliance with Tehran. In turn, that alliance led to Russian intervention on the regime/Iran side in Syria. That is, without the JCPOA nuclear agreement, Iran would not have achieved the great victory of Aleppo. Interestingly, Poursina supports the reformist side with an argument that diplomacy laid the groundwork for military victory in Syria.

According to BBC Monitoring, the hard line Khorsan delighted that the US is gradually being squeezed out of Syria as a player by the troika of the Damascus Regime, Russia and Iran. The US is not even represented at the Astana talks in Kazakhstan. (24 Dec. 2016)

Iranians have been so badly used by the US that they for the most part are not expecting that situation to change merely with a change in administration. But after Aleppo, the Iranian press is clearly infused with a new sense of optimism about Syria, and a new sense of security from the bond with Putin.

In short, Tehran doesn’t seem all that worried about Trump, in large part because of the Russian connection. The commentaries don’t mention Trump’s choice for Department of Defense, Gen. James Mattis, who considers the Tehran regime America’s most deally strategic challenge, or the other Iranophobes Trump is bring in with him.