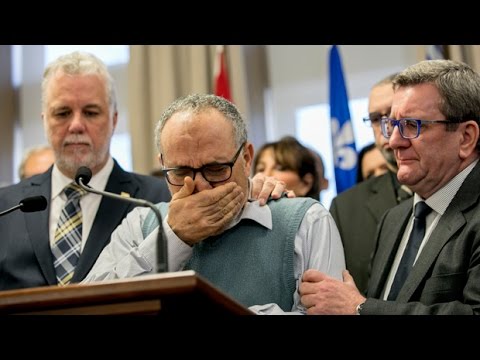 Trump staffer Stephen Miller, an arch-conservative, defended Trump’s Muslim ban on television Monday by pointing to Europe, where he alleged there were Muslim ghettos that bred radicalism over generations.

While a tiny number of Muslim Europeans deriving from poor neighborhoods have become radicals, they don’t actually appear to come from fundamentalist families and several were actually petty criminals with anything but a puritan style of life before they went radical. In most years in the past decade, Muslim terrorist actions have been like 1% of the European total (2015 obviously was an exception). It is estimated that only 2/5s of French Muslims even consider themselves religious.

Miller lives in a world without facts. He doesn’t know what he is talking about when it comes to European Muslims and has simply bought a lot of propaganda.

Some of us remember when Stephen Emerson, the self-appointed expert on Muslim extremism and darling of American media who is always wrong about everything, alleged that

“In Britain, it’s not just no-go zones, there are actual cities like Birmingham that are totally Muslim where non-Muslims just simply don’t go in. And, parts of London, there are actually Muslim religious police that actually beat and actually wound seriously anyone who doesn’t dress according to religious Muslim attire.”

To say the least, these allegations were untrue. Then British PM David Cameron sputtered, “he must be a complete idiot.”

Although the entire British nation and most of Twitter made unbearable fun of Emerson for his ridiculous fantasy, in Stephen Miller’s mind Emerson was perfectly correct. And he and alt-Neo-Nazi Stephen Bannon are now writing legislation on the basis of these Islamophobic fairy tales.

Just how detached from reality these troglodytes are is demonstrated by their reaction to the horrifying Quebec mosque shooting, which was allegedly committed by Alexandre Bissonnette, 27, a far-right young admirer of French extreme nationalist Marine LePen, and of one Donald J. Trump. Like America’s Dylann Roof, he was seduced by the Islamophobic Network that spends millions of dollars a year defaming Muslims. He spoke of being “invaded” by immigrants and of the danger of Canada becoming “like Europe” (no doubt he was afraid of those Birmingham no go zones). He also denounced feminism. His college friends called him an introverted nerd.

Trump spokesman Sean Spicer actually cited the mosque shooting as though it had been carried out by a Muslim Canadian and gave it as a reason for which Trump’s Muslim ban had been justified!

Surely if the mosque shooting indicated anything, it is that Trump has no business being president, if he is going to whip up ethnic and religious hatreds even beyond the US borders that result in innocent people being killed.

Spicer was likely misled by the shameful Fox coverage of the mosque shooting, which continued to identify as the suspect a Muslim witness to the shooting who had mistakenly been arrested by Quebec City police in the early confusion, and kept this fake news going for many hours after it had been falsified. Glenn Greenwald pointed this out:

This inflammatory, false tweet is now 7 hours old. It's been known for 5 1/2 hours to be false, during which time it's been RT'd repeatedly: https://t.co/wuswAkhCJa

By now, I have little doubt that most Trump supporters firmly believe that the Quebec mosque was shot up by a radical Muslim from Birmingham’s no-go districts and that is why Great Leader has to protect us from damn furriners.

And I no longer have much hope that these false ideas can be challenged by mere evidence and rational argument. We have fallen down the rabbit hole, we’re on the other side of the looking glass, and the Orange Queen insists we must believe six impossible things before breakfast. And the Orange Queen is shouting, “Off with his head!”

Only it is our heads.