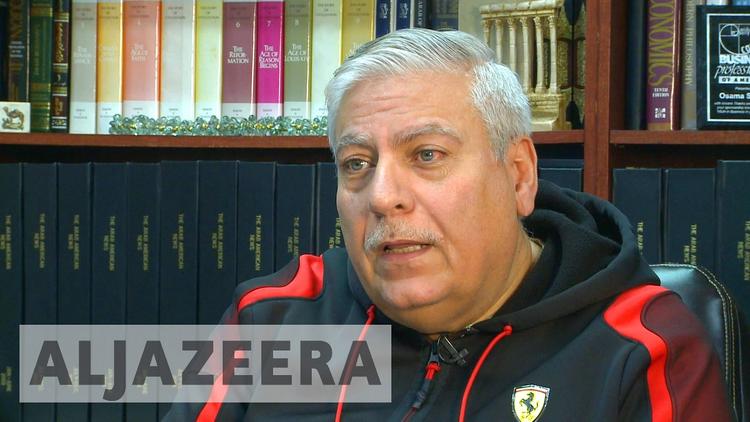 Life goes on for the parents who drop off their children at homework club, or those rushing in late for embroidery class. As usual, the community centre where I’m doing my fieldwork in northern New Jersey is filled with the piercing screams of toddlers trying to keep up with the older kids. But something in the atmosphere is different.

At the front desk, a pile of letters from an immigrant rights group explain the terms of the executive order in English and Arabic, brutally stating in capital letters that those affected “SHOULD NOT TRAVEL OUTSIDE THE UNITED STATES for any reason”.

Standing by the community centre’s front desk is Zainab, a Syrian refugee. Her husband’s aunt, a green card-holder born in Iraq, is currently flying from Dubai to Newark Airport; her fate is unknown. The air of uncertainty and confusion surrounding the executive order and its practical implementation by federal agencies obscures any clear prediction of what will happen to her. Will she meet the same fate as two Yemenis who arrived in the US on January 28, who were reportedly talked into signing away their green cards and put on the next flight back?

Yet, Zainab exudes an air of resigned optimism. As her relative hurtles towards the US, she says there is little to do other than wait and hope.

Unlike Zainab and her aunt, the majority of the community centre’s patrons are Muslim Palestinian-Americans. As most are American citizens, and have ties to Palestine and Jordan – not included in the ban – the executive order doesn’t directly affect them. But for those I speak to, this is the most shocking and scary moment since Trump entered the presidential race, perhaps aside from his election victory. The letters piled at the entrance remind those who enter that this is no longer a time of primaries and debates, of rhetoric and promises.

Just by signing the order, Abdullah tells me incredulously, Trump immediately turned more than 100 airplane passengers from valid visa and green card holders into illegal travellers, welcomed not by friends and family but by detention and coercion. “Have you ever seen political bureaucracy work so fast?”, he asks me. In the words of Palestinian-American poet and activist Remi Kanazi, “with a pen stroke, a wedding is missed, a eulogy isn’t spoken, a job is not taken, a family is left broken, safety isn’t found”.

For members of the community, the ban is unprecedented – not because it targets Muslims and Arabs, and (green card-holding) Muslim- and Arab-Americans, but because of its open and unabashed intention to do so.

The Arab-American community has endured decades of government infringements on their civil liberties: as far back as 1972, President Nixon launched Operation Boulder, a clandestine FBI operation that spied on thousands of Arab-Americans. But the sharpest uptick, of course, came in the aftermath of 9/11.

Almost immediately after the events of that day, Arab-Americans quickly found themselves collectively punished with detention, deportation and surveillance – in spite of the fact that none of their number were involved in the attacks. (One Palestinian-American tells me, half-joking, that in the months after 9/11, there were more FBI agents than real customers in the Arab restaurants in this New Jersey town.)

In terms of international travel, many have experienced first hand the humiliating difficulties of what they call “flying while Arab” and “flying while Muslim”, and the enhanced security attention this entails. In past years, several airplane passengers simply speaking, reading or writing in Arabic have been pulled off flights in the US and Europe.

Yet this order is not secret or unofficial: it is meant to be seen. Photos and videos of Trump sternly signing the necessary papers in the Oval Office, then holding them up for cameras, have been endlessly circulated (and mocked) over the past week. The spectacle of Trump’s executive orders is part and parcel of his performative politics.

It’s not lost on the young children who come to homework club. As their attention span expires, they rush to the lectern standing empty at the front of the room and begin to imitate their president. “I am Donald Trump, and I hate Muslim people,” says one child in Arabic. Between fits of self-conscious giggles, another declares: “I will not let Muslim people into this country.” A final Trump impressionist takes his homework up to the podium and signs it with great concentration – and then holds his giant signature up for the audience: “Here is my signature for not letting people in!”

Older members of the centre find comfort in sharing stories of small acts of kindness from other Americans. A fellow tutor relates an encounter over the weekend: walking alone in the street wearing a hijab, a large man approached her. She expected the worst – but instead, he offered words of support and protection.

During a meeting that evening, several participants discussed how a neighbour, a colleague or a boss had knocked on their door, phoned them, or sent them an email of support and friendship. One tells me that they are fortunate to live in northern New Jersey, a diverse urban area with few Trump supporters and in a state with one of the largest Muslim populations in the US. Muslim- and Arab-Americans elsewhere in the country might not be so fortunate.