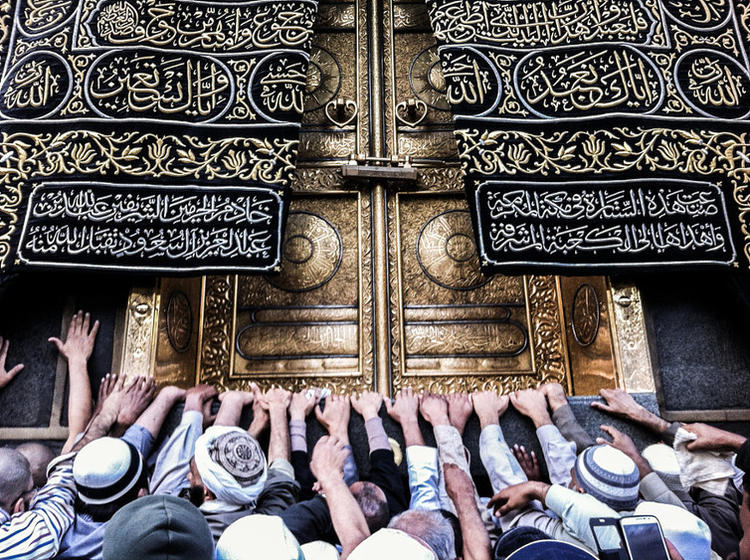 The Trump administration has been using the phrase “radical Islam” when discussing the “war on terror.” From his inauguration address to remarks to military leaders, President Trump has been warning against “Islamic terrorists.”

Many different kinds of individuals and movements get collapsed into this category of radical Islam. A common one that is increasingly being used by politicians and journalists both in Europe and the U.S. to equate with “radical Islam” is the Salafist tradition.

For example, Michael Flynn, who recently resigned as national security advisor, was clear that what unites terrorists is their belief in the “ideology” of Salafism. Sebastian Gorka, deputy assistant to the president, also describes Salafism as a “fundamental understanding of Islam” that justifies terrorism.

France and Germany are targeting this movement, vowing to “clean up” or shut down Salafist mosques, since several arrested and suspected terrorists had spent time in these communities.

As a scholar of religion and politics, I have done research in Salafi communities, specifically in France and India, two countries where Muslims are the largest religious minorities.

Salafists constitute a minority of the Muslim population. For example, in France, estimates range from 5,000 to 20,000 – out of a Muslim population of over 4 million. Security experts estimate a worldwide number of 50 million out of 1.6 billion Muslims.

But there’s not much understanding of Salafism, its history and its diversity. In fact, Muslims themselves often have different definitions of what it means to be a Salafist.

So, who are Salafists?

The Arabic term salaf means “ancestors.” It refers technically to the first three generations of Muslims who surrounded the Prophet Muhammad. Because they had direct experience with the original Islamic teachings and practices, they are generally respected across the Muslim world.

Self-identified Salafists tend to believe they are simply trying to emulate the path of the Prophet Muhammad and his companions. This might include an array of practices from dress to culinary habits as well as ethical teachings and commitment to faith.

Salafism as a movement is believed to have originated in the 19th and 20th centuries. Some historians claim it started as a theological reform movement within Sunni Islam. The impetus was to return to the original teachings and practices of the Prophet Muhammad and the Quran – a consequence, in part, of social changes and Western colonialism.

They specifically cite the works of Egyptian, Persian and Syrian intellectuals from the 19th century as shaping Salafist movements. One recent study, however, argues that these intellectuals from the past never even used the term Salafism. In other words, there is no authoritative account of how or when exactly this movement originated.

Finally, it is also open to debate as to which Islamic groups, schools of thought and practices may be considered Salafist. This is because groups and individuals who are labeled Salafist do not always view themselves this way. And they disagree amongst each other over what defines authentic Salafist practice.

Here’s what my research shows

The vast majority of people who loosely affiliate with Salafism, however, are either simply nonpolitical or actively reject politics as morally corrupt. From 2005-2014, I spent a total of two years as an ethnographic researcher in the cities of Lyon, in southeastern France, and in Hyderabad, in south India. I clearly observed this among these two communities.

Every week I participated in mosque lessons and Islamic study circles among dozens of Salafist women. These communities maintain strict separation between men and women, but I was able to interact with and interview a few men as well.

Based on conversations and observation, I learned that they actually avoided politics. They did not attend protests or do advocacy, and in Lyon many did not vote in elections.

It is the case that there are Muslim women, including many converts, who actively embrace Salafism. They take up strict forms of veiling and work hard to practice their religion every day.

Let’s take Amal, a 22-year-old woman who grew up in a working-class neighborhood in southeastern France. I met her during my time as an ethnographic researcher on Muslim minorities in France. Amal identifies with the Salafist tradition in Islam. And if we go by the definitions being floated around, she would be considered a “radical Muslim”: She prayed five times daily, fasted all 30 days of Ramadan, and wore the “jilbab,” a loose, full-body garment that covers everything but the face. Steadfast in her religiosity, she also studied the Quran regularly and attended local mosques in the area.

She worked hard to live her life in accordance with the ethical teachings of Islam. This included spending part of her week tutoring Muslim girls in the neighborhood who homeschooled. Amal worried a great deal about their futures in France, since anti-veiling legislation had constrained their opportunities. She also quietly worried about the future of Islam, believing it is under siege both by governments and by the ungodly and destructive work of the Islamic State.

Religious does not mean radical

As anthropologists of religion have shown, Salafi women are not passive adherents. Nor are they forced into strict practices by their husbands. Still, this doesn’t mean they’re all the same.

Among the French Salafist women I knew, most were the daughters and granddaughters of immigrants from the former French North African colonies. Almost a third were converts to Islam that chose specifically the Salafist tradition as opposed to mainstream currents of Islam. They were drawn to the clear expectations, rigorous routines and teachings about trusting God.

While some of the women were raised in religious families, many broke away from their Muslim families or earned the wrath of their parents for turning to Salafism. Because the parents practiced a cultural form of Islam, or did not practice at all, they did not want their daughters to wear the jilbab. Despite this disapproval, the women focused a great deal on what it meant to have faith in God, and they emphasized that they had to continually struggle to strengthen that faith.

These struggles included various ethical behaviors including not talking too much, suppressing one’s ego and respecting people’s privacy. Along the way, some committed “sins,” like smoking or lying, and deviated from the teachings by not praying or fasting. Some even doubted their faith, which they considered normal and acceptable.

In my research, non-Muslims as well as other Muslims claimed Salafists were judgmental of those who did not believe or practice like them. In my observation, the contrary was the case: Salafis emphasized that one’s faith and piety were deeply private matters that no one but God had the right to judge.

However, like any movement or tradition, Salafism is profoundly diverse and encompasses a number of debates and struggles for legitimacy.

So, there are those self-identified Salafists around the world who join political organizations or participate in political debates. These include, for example, several political parties in Egypt and the Ahl-i-Hadees in India.

A small minority, estimated to be 250,000 in number by security experts, rejects nation-states and embraces political violence. They span continents but are centered in Iraq and Syria.

In today’s climate, however, it has become a political term. This is partly because of its connection to Saudi Arabia.

Salafism is sometimes referred to as Wahhabism, the Saudi Arabian variant of the movement that is intimately tied to the Saudi regime. They share some intellectual roots and theological emphases, but they also differ, especially in how they approach Islamic jurisprudence. While Wahhabis follow one of the main Sunni orthodox schools of law, Salafis tend to think through legal questions independently. So equating the two is a mistake.

For some Salafists, labeling them as Wahhabi is a way to dismiss their faith or even insult them. Identifying with Salafism does not mean one supports the politics of the Saudi state. In my research, in both India and France, people sometimes noted concerns about the Saudi government’s political corruption or human rights record.

Yet outwardly, practices might overlap. For example, many Salafist women wear the niqab (that covers the face). Saudi intellectual centers and sheikhs provide literature and training in numerous countries. They circulate lectures as well as money for building mosques and schools.

And of course, Mecca and Medina are the spiritual centers for Muslims more broadly. In this way there is a transfer of intellectual and spiritual resources from Saudi Arabia that supports Salafist communities around the globe.

Why is it important to recognize the complexity and diversity of the Salafist movement?

It is true that as one part of the global Islamic revival, it appears to be growing. And it likely will remain part of the social landscape in a number of cities for the foreseeable future.

But, it is important not to assume that people’s religious faith and practices are the same as terrorist violence. It fuels fear and hatred – like the kind that inspired the recent shootings at the mosque in Quebec or the arson attack that burned down a mosque in Texas.

So, from my perspective, when we hear politicians warn us of the “global Salafi threat,” or if we see a woman like Amal walking down the street in her jilbab, it’s vital to remember the dangers of simplistic (and mistaken) stereotypes of “radical Muslims.”