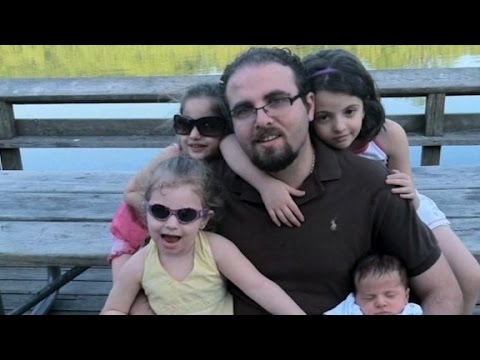 President Donald Trump wants to close the door on Syrian refugees, barring them indefinitely from settling in the U.S.

In an executive order signed on Jan. 27, the president wrote:

“I hereby proclaim that the entry of nationals of Syria as refugees is detrimental to the interests of the United States and thus suspend any such entry until such time as I have determined that sufficient changes have been made to the USRAP to ensure that admission of Syrian refugees is consistent with the national interest.”

In light of the president’s executive order and the continued debate over the status of refugees in the U.S., I’d like to reexamine two questions: What are the chances that a Syrian refugee might live in your community? And what is the risk that he or she would be a terrorist?

Details of the executive order

First, let’s consider what the president’s executive order would do.

In addition to ending the settlement of Syrian refugees in the U.S. indefinitely, the president’s order would stop any refugee from entering the U.S. for 120 days.

A refugee is someone who has been forced to flee their home by violence or war.

The order gives no timeline concerning how the USRAP will be updated and made more secure.

There have been protests and several legal challenges to the order.

The Ninth Circuit Court in San Francisco rejected an appeal by the Department of Justice to restore the order on Feb. 3, thus upholding an earlier decision by the Federal District Court in Seattle.

Nevertheless, the administration’s characterization of refugees as “dangerous” and tweets by Trump that warn of “bad people” freely pouring over the border continues to cloud an emotionally charged debate.

So what are the facts?

Why are people fleeing?

Syrians are being displaced by a civil war that has dragged on for more than five years. A major destabilizing factor in their country has been the spread of IS into Syria from Iraq. Airstrikes to take territory back from IS have leveled many Syrian cities.

According to the UNHCR, the numbers of people pushed out of their homes continues to outpace the resources available to support resettlement.

Since 2011, Turkey has accepted more than 2.7 million Syrian refees. However, Syrian refugees are increasingly turning away from Turkey and choosing instead to travel first to Libya and then risk crossing the Mediterranean Sea in hopes of finding security in Italy. This may be a way to avoid the difficulties created by Turkey’s agreement with the EU to manage the flow of refugees into Europe.

Finding a place for all of these people to resettlement is critical. Writing for the UNHCR, Leo Dobbs notes “Resettlement does not only provide Syrian refugees with a durable solution but has often been a critical and life-saving intervention for refugees with urgent protection needs and compelling vulnerabilities.”

How many Syrians are in the US?

From the beginning of the Syrian conflict in 2011 through November 2015, a total of 2,174 Syrian refugees were settled in the U.S. according to the Office of Refugee Resettlement. They represented fewer than 0.0007 percent of the U.S. population.

In other words, the chances that a Syrian refugee would move next door to you are statistically zero. That’s true with or without Trump’s ban.

To put the small number of Syrian refugees who have been settled in the U.S. in context, the Mariel boatlift resettled approximately 125,000 Cubans in 1985. And between 1975 and 1995, about 2 million Vietnamese refugees were relocated to the U.S..

Is any too many?

Not one Syrian refugee in the U.S. has been arrested or deported on terror related charges.

This may be because Syrian refugees face intense scrutiny before they are allowed to enter the U.S. They are vetted in a process that can take up to 18 months. Once registered as a refugee by the UN, refugees face several rounds of interviews that include the U.S. State Department and the Department of Homeland Security as well as background checks, fingerprinting, health screening and classes in American culture.

No refugee is randomly placed into a community. Rather, agencies settle refugees in planned, predetermined cities and urban centers. They also minimize difficulties by keeping refugees as close as possible to family and friends.

A 2016 report from the Cato institute, a think tank “dedicated to the principles of individual liberty, limited government, free markets and peace” stated: “The hazards posed by foreign-born terrorists are not large enough to warrant extreme actions like a moratorium on all immigration or tourism.”

CNN: “Syrian refugees reunited with family in US”