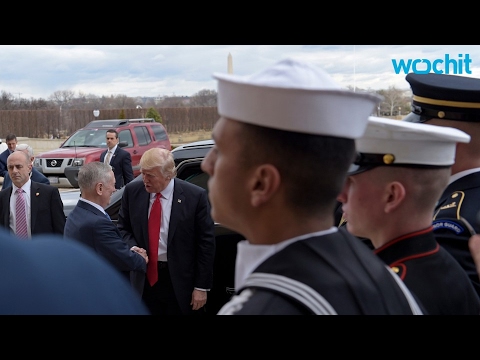 The idea is one of several ideas the Pentagon is considering after President Donald Trump gave defense officials until the end of the month to come up with proposals to speed up the war against the Islamic State group.

A U.S. official, speaking on the condition of anonymity, said the United States already had a small number of special operation troops in Syria. The official added that the review was still underway and no options had been presented to Trump.

“It’s way, way speculative,” the official said of the report.

Countries opposed to Syrian President Bashar al-Assad will meet on Friday for the first time since Donald Trump’s U.S. administration took office, to seek common ground ahead of U.N.-backed peace talks in Geneva next week.

The talks on the sidelines of a G20 foreign ministers meeting come as Assad, backed by Russia and Iran, is in his strongest position since the early days of the war, and as Trump’s policy on Syria remains unclear.