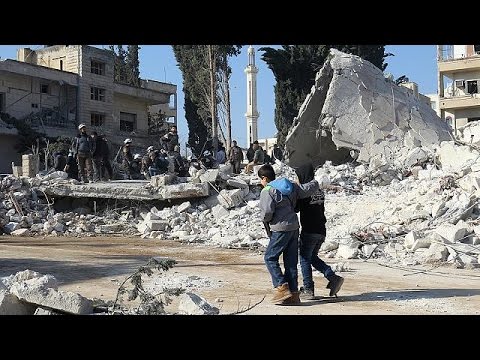 2017, it seems, will be no less chaotic than its predecessor — an aphorism made plain by a mere glance at the state of international politics extending from Paris to Washington. But nowhere is this trend clearer than in that most tumultuous of countries, Syria. The end of 2016 saw the fall of the city of Aleppo, the primary stronghold of the rebels battling Syrian President Bashar al-Assad. Now, it appears, the rebels are beginning to turn on one another.

On January 26, the Syrian Islamist rebel group Ahrar al-Sham incorporated six other rebel groups into its ranks in northwestern Syria in order to battle Jabhat Fateh al-Sham (JFS), a former Al-Qaeda franchise once known as the Al-Nusra Front.

The announcement came just days after JFS attacked Free Syrian Army (FSA) groups west of Aleppo, accusing them of conspiring against it at Russian-backed peace talks in Astana, Kazakhstan, that began in the closing days of January.

In reality, JFS’s attack is rooted in weakness. Over the summer, as the siege of Aleppo progressed, JFS played an increasingly important role in the defense of the city, using suicide bombers to blow open Assad’s front line positions. This forced Russia and Iran to commit more resources to the battle, which eventually turned the tide.

Since the Assad coalition’s seizure of eastern Aleppo in December, JFS and the rebels in general have found themselves boxed in. Their options are running out. Idlib remains their only major stronghold in northwestern Syria.

The more moderate, mainstream factions among the rebels have had a problem since the second summer of the Syrian civil war: Jihadist groups have consistently proved themselves to be the most effective fighting force against Assad. Syrians were initially reluctant to deal with, let alone welcome, forces like JFS, but without sufficient support, groups like the FSA — made up primarily of former Syrian army officers — were forced to accommodate the more committed radical groups.

The loss of Aleppo has given JFS a chance to consolidate power. As Hassan Hassan, co-author of the New York Times bestseller, ISIS: Inside The Army Of Terror, and resident fellow at the Tahrir Institute for Middle East Policy, observes:

"JFS has sought to bring the rebel forces under one umbrella to run the north, especially focusing on Islamist and jihadist groups like Ahrar al-Sham and Harakat Nourreddin al-Zinki. With the failure of the merger attempts and the loss of eastern Aleppo, JFS wanted to consolidate its dominance in the north by force. So the ongoing campaign by JFS against some rebel forces is designed to clean up these areas to rule what remains of the north. JFS recognizes it is the most powerful and organized group in that region, and that its rivals are incapable of effectively organizing against it."

As Hassan further observes, JFS’s end game is to ensure that Idlib and surrounding areas do not have the forces capable of eventually turning against it. JFS would usually seek consensus, build alliances, and infiltrate small and big groups to ensure it remains ahead of the curve.

But the rapid developments over the past few months have added urgency to its open campaign. These developments include the participation of major groups operating in the north in the Russia-sponsored peace talks that are under way in Astana. As the pro-Assad coalition is building up military and political momentum in northern Syria, JFS cannot afford to continue to play its old game of playing nice with fellow anti-Assad forces.

Indeed, things are becoming ever more chaotic in Syria’s north. In the city of Azaz, an FSA group, the Levant Front, clashed with the Islamist group Ahrar al-Sham, which reportedly captured its headquarters and some checkpoints, forcing it to withdraw fighters from a battle it was fighting against the extremist group Islamic State (IS) in the neighboring city of Al-Bab. To make matters worse, the fighting prompted Turkey to close the border crossing at Oncupinar, across from the Syrian city of Bab al-Salam — a critical corridor for Turkish support to certain rebel factions in northern Syria.

Rise Of The Jihadists

Jihadist groups now stand ascendant among the coalition battling Assad. JFS in particular has spent years ensuring its indispensability to the antiregime effort. Those opposing the JFS are unlikely to succeed in any open war against it. The FSA and associated groups fought against IS in 2014, when they were much stronger — a campaign that cost them dearly. Those groups simply cannot afford to fight against JFS as well. As it stands, little can stop JFS from near total control of northwestern Syria.

All of this is of course a gift to Assad. Not only are the rebels fighting among themselves, and in the process weakening the coalition against him, but the regime can double down on a longstanding propagandist tactic of arguing that it is on the front lines of the battle against Jihadism. "Us or them?" runs the argument: an argument that, though largely fallacious, is being strengthened by the day.

Indeed, Turkey — once seen as the great ally of the FSA and a direct threat to the Assad government — is now fighting virtually side by side with Syrian soldiers in the campaign against IS in Al-Bab. The regime may be witnessing either a rebel implosion or a jihadist takeover of the opposition, both of which it will welcome with glee. It will help Turkey defeat IS while Al-Qaeda linked groups prosper.

This is a calculated move by the Assad regime, which has shown little interest in confronting jihadists of any stripe.

As Hassan concludes: "It is important to remember Idlib is small, it is only 1.5 percent of Syrian geography. Northwestern Syria is the only area where Al-Qaeda is dominant, so it is a major battle that the international community should keep its eyes on and try to shape."