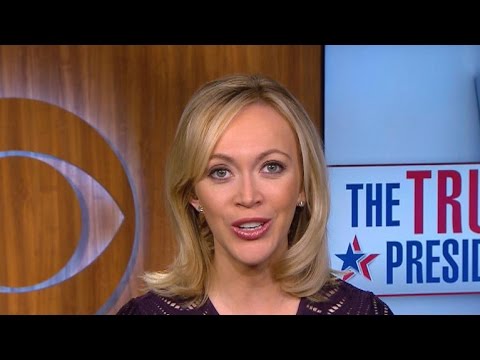 In 2006, when I arrived at Camp Taqqadum in Iraq to embed with the U.S. Marines, I was immediately invited for tea by the unit’s interpreter. A quiet, exceedingly courteous father of three young girls, Haider told me how he spent three months at a time away from his family, but didn’t dare carry their pictures. He was a wanted man for helping the Marines, and couldn’t risk insurgents seeing his family should he be captured.

Haider longed to get them out of the country, envisioning the Detroit suburb of Dearborn, Michigan — home to a large contingent of Arabs — as something of a promised land.

In 2009, he got his wish and quickly embraced the American dream, starting a small business and buying a house. In November, Haider, now 46, passed his immigration interview for U.S. citizenship.

But even though he is one step away from becoming an American, he is still affected by the 90-day ban on his countrymen — a status unchanged by the 9th Circuit Court of Appeals’ temporary hold on President Donald Trump’s executive order. Though he has been in the country for eight years, leaving now would be a risk. That has quickly become a dicey financial problem for Haider, whose company buys damaged cars at auction, scraps them for parts, then exports them for sale in Iraq. The week after the ban, he said, he was supposed to meet a 15-ton shipment of auto parts at a port in southern Iraq. But it remains unclaimed because he fears if he departs the country he now calls home, he won’t be allowed back in.

After the ban, I had reached out to him on Facebook to see if he was okay, and he told me he was scrambling to find people in Iraq to help him sell his goods at a discount. He’s anticipating that he’ll lose a significant amount of money.

Haider’s immigration lawyer, an Iraqi-American named Farah Al-Khersam, had herself been detained at the border the day Trump signed the executive order. Even though she is a U.S. citizen and her husband has Canadian citizenship, they were held for hours at the U.S.-Canadian border. They were both eventually allowed to return to their home near Detroit, but Al-Khersam said she immediately called all her clients and told them not to travel.

“They might let you in, but maybe not,” she said she told them about the order that even now, despite several Department of Homeland Security clarifications, is sowing confusion and misgivings. She is also concerned that some clients, like Haider, might think it is safe to leave for several months and come back after the ban is over, only to find it has been extended or more restrictions have been added.

Like many interpreters who aided the U.S. military, and U.S. journalists, in Iraq and Afghanistan, Haider remains vulnerable in his home country. It was only years after I first met him that I learned his real name, instead of the nickname used by the Marines to protect his identity. His family, which now includes two sons, still lives in Iraq and the danger is such that ProPublica isn’t using his full name.

Haider told me while I was embedded that he accepted the risk of his work near Fallujah in the dangerous Anbar Province — hours from his relatively safe home — because he believed the Americans were trying to help. In Iraq and Afghanistan, where I reported for Stars and Stripes, I relied on people like him to help me do interviews in the field, just as the military and State Department did. The entire counterinsurgency strategy in both countries hinged on developing strong ties with the locals — something that wouldn’t be possible without those who, like Haider, were willing to defy death threats.

Haider came to the U.S. on a Special Immigrant Visa designed to help those who worked for the U.S. mission in Iraq and Afghanistan escape potential retaliation and start over. He was one of the nearly 15,000 Iraqis and Afghans who were granted the special status through 2015, according to the Congressional Research Service.

When Trump’s order first came out, there was immediate outrage from veterans and the Pentagon that Iraqi interpreters still trying to make their way to the U.S. were affected by the ban. In early February, Homeland Security said that Special Immigrant Visa holders could “apply for and receive a national interest exception to the pause upon arrival.” Officials did not respond to questions about how the exception worked at the border, what Iraqis had to do to apply for it, and how many have been granted or denied.

Ironically, the State Department has been routinely criticized by Congress for taking too long to process these types of visas — a lag time blamed in part on the security measures in place to vet the applicants. In 2013, a bi-partisan group from Congress wrote to President Barack Obama to decry the encumbered process that had kept more of the visas from being issued, pleading for more “efficiency and effectiveness.”

“Our allied military translators are quite possibly the most vetted individuals aligned with our military,” wrote Matt Zeller, a combat veteran and co-founder of No One Left Behind, a nonprofit that helps interpreters immigrate to the United States.

Interpreters like Haider have to provide a letter of recommendation from a military officer, in some cases from a general, as a first step to qualify for the visa. (Haider has recommendations on USMC letterhead from 10 officers attesting to his loyalty and dedication.) And interpreters are essentially vetted with security checks twice: once before being allowed to work alongside U.S. service members and then again when applying for the visa.

Zeller and other military advocates say the ban could have damaging long-term consequences, scaring off people willing to work with the U.S. military abroad. Marines are once again back in Al Taqqadum to help the Iraqis fight the Islamic State.

Back in 2006, Haider questioned the cumbersome process for Iraqi interpreters to get visas, wondering how after working closely with the military for years, the U.S. government still didn’t trust them. Now he finds that even after assimilating into American culture for nearly a decade, he remains suspect.

Despite that attitude, and the damage to his business, Haider feels warmly about his adopted home and hopes to bring his family to live with him once he’s a citizen.

“America,” he told me, “is a place of work and good chances.”

CBS This Morning: ” What’s next for President Trump’s travel ban?”