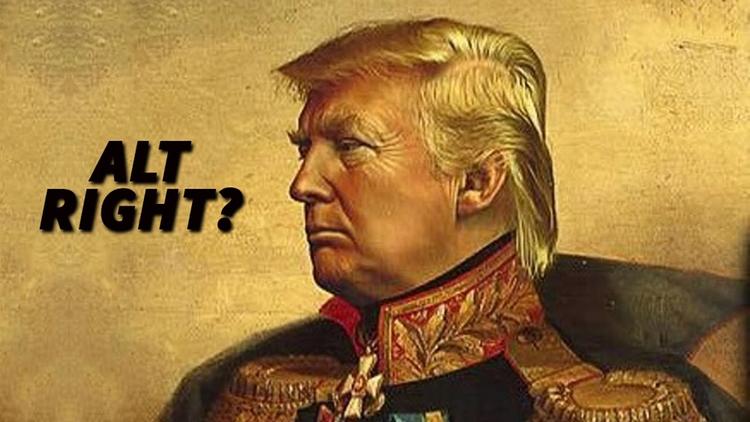 The interview that emerged on the internet of practicing Catholic Milo Yiannopoulos expressing approval of some instances of priest pedophilia with boys has perhaps ended his career as the most flamboyant voice of the neo-KKK in suits. But those remarks are hardly the most objectionable things Yiannopoulos has said; at least he seems to have been talking in part about his own experience. What is really monstrous is the lies he told, and which he was encouraged by his boss Steve Bannon to tell, about Hillary Clinton being involved in a pedophilia ring.

Steve Bannon, now sitting on our National Security Council (and perhaps in control of which of its recommendations goes to Trump), hired Yiannopoulos as an editor at his alt-NeoNazi rag, Breitbart, and helped unleash him on the United States. Bannon’s choice of proteges tells us everything we need to know about him and his agenda in the Trump White House. (Yiannopoulos himself has spoken about how Bannon hired and promoted him).

Newsweek reminds us that last fall

Milo Yiannopoulos, who lost his Twitter access earlier this year after one too many online insults against women and minorities, was on the campus of Miami University in Ohio, scheduled to talk about “PIZZAGATE: The deep Dish on Liberalism and Pedophilia.”

Yiannopoulos pushed the fake news that Hillary Clinton, her campaign manager John Podesta, and others in her circle were involved in two scandals. One was “spirit cooking” or witchcraft. The other was involvement in a pedophilia ring run out of a Washington, DC, pizzeria (an establishment that has suffered reputational damage and actually was shot up by a Bannon-Trump acolyte). I don’t understand why they never sued.

Yiannopoulos said he was not surprised at Secretary Clinton’s alleged involvement in “spirit cooking” because he had long been aware that witchcraft and Lesbianism go together.

Bannon cleverly used far rightwing narcissists like Yiannopoulos to spread around the most ridiculous and yet sinister charges against Secretary Clinton, which were apparently actually believed in the far right circles he cultivated.

So it is especially ironic that, having falsely charged the Democratic Establishment with pedophilia, that Yiannopoulos himself should have been revealed to be a proponent of it. Indeed, it is hard not to conclude that his charges against Clinton were form of projection, in which he transferred his real feelings incorrectly to her.

Given that Bannon hired and relentlessly promoted Yiannopoulos to spread hate speech and dark conspiracy theories, and given that his protege has been revealed to be so deeply flawed, is it really appropriate (was it ever really appropriate) to have Bannon in the White House? What kind of judge of character can we depend on Bannon to be?

Shouldn’t Bannon have to tell us if he ever discussed pedophilia with his close associate Yiannopoulos?

Bannon should resign. Or he should be fired.