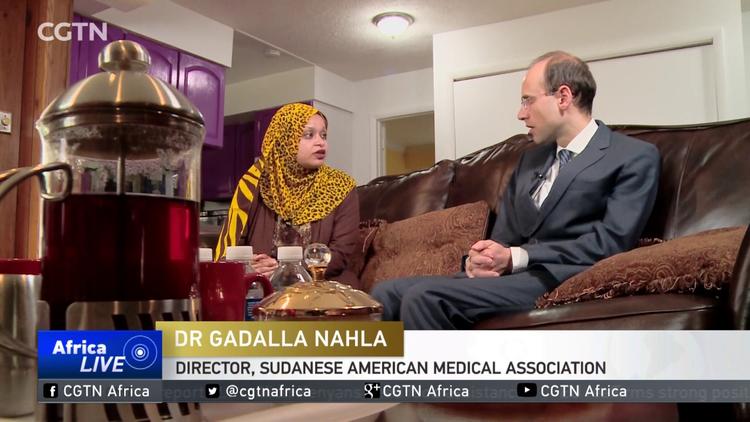 As a citizen of the Philippines who’s been detained and subjected to questioning and “secondary screening” almost every time I’ve entered the United States, I feel much sympathy for those whose freedom of movement has been violated by Donald Trump.

There’s a difference in our situations though. While my being temporarily detained on almost every occasion probably stems from my long record of arrests from leading protests in the United States against the Marcos dictatorship in the 1970s and 1980s, Trump’s controversial travel ban has nothing to do with vetting visitors.

Visa holders, refugees, and U.S. permanent residents from the seven predominantly Muslim countries on the list are already among the people most tightly and comprehensively vetted by U.S. immigration and intelligence authorities, so it’s hard to understand how Trump’s move will bring added security.

What this is all about isn’t national security. It’s about keeping America Snow White and Prince Charming Christian.

It’s about immigration, in short.

And it’s the opening salvo of Trump’s determined effort to make religion a criterion for becoming part of American society. Whenever he pronounced the three words “radical Islamic terrorist” during his presidential campaign, he always put the stress on the second word, “Islamic,” and continually attacked former President Barack Obama’s refusal to dignify his demagogical effort to promote the idea that Islam promotes terrorism.

Trump’s is a politics of exclusion, and immigration policy is his most direct method of carrying this out.

He’s building a wall to keep out Mexican workers, but let’s face it: “Mexican” for him and his followers doesn’t only refer to Mexicans, but to all Latinos. When he attacks China for what he considers unfair trading practices, he’s not just talking about trade. China is also a code-word for the stereotypical crafty Asian taking advantage of the American people. Even children get it, as Asian American youngsters taunted by their peers at school would testify.

Trump’s immigration policy, security policy, and economic policy are all intertwined, and the lynchpin of the package is fear of the Other — that is, fear of those who are non-white and non-Christian. He’s both a creator and a creature of the new nativist movement that draws deep from the wellsprings of American prejudices about Latinos, Asians, Blacks, and Muslims.

It’s a movement fed by what he and his followers regard as a cataclysmic event: that in a few more years, white Americans will no longer be the majority of the population.

So what happens next?

Trump will surely issue more executive orders on immigration, and he’s sure to push for comprehensive immigration legislation along right-wing lines. But even if these fail or are delayed, current immigration procedures and legislation already provide him with a lot of power to practice his exclusionary politics.

Immigration policy and processes are extraordinarily susceptible to subjective assessments and informal rules, whatever the laws on books say. Anyone who’s applied for a visa to go the United States knows that they’re at the mercy of their interviewer and prey to his or her quirks, biases, and moods.

Everyone who endures this process takes it for granted that there are quotas for different categories of people, even when those quotas aren’t formally set. Race, class, and ethnicity aren’t supposed to matter in assessing one’s qualifications to migrate to the United States, but everyone knows that at the top of the preferred migrants or visitors are those from the Anglosphere, and that if you’re non-white and not from the elite, you’re way down the list of possible entrants — unless you have a skill assessed as valuable to the U.S. economic machine. And Trump wants to take away even that channel with his plan to eliminate the H1B visa that allows people with specialty occupations to work in the U.S.

Waiting for Other Shoes to Drop

My country, the Philippines, isn’t on the list of seven countries — yet.

During his presidential campaign, Trump identified the Philippines as a haven for terrorists and among the priority countries that he’d put on a blacklist. Trump’s list is highly arbitrary and flexible, depending on the occasion or his mood. But even without the Philippines being on that list, you can bet that any Filipino with a Muslim name applying to enter the U.S. will find it much harder to enter America than one with a Christian name.

With Trump’s overt anti-Muslim stance fortifying the anti-Muslim prejudices of many in the U.S. immigration bureaucracy, it’s likely that if you’re a young Muslim male from Mindanao, you’ll be pigeonholed by your interviewer as a potential security threat unless you can prove otherwise. And, as some have found, even if you do get a visa, you’re not guaranteed entry: You can be put into what’s called secondary screening , like I’ve been, and depending on the subjective judgment of your interviewer, you may be refused entry at the airport.

There are thousands of Filipino Muslims who live in the U.S., and they and their relatives go back and forth between the two countries. Their right to travel faces severe curtailment if the new immigration regime goes forward. This is why instead of saying it will respect Trump’s recent order, the Philippine government should speak out publicly against it, in order to blunt the momentum of an exclusionary regime that will eventually affect its citizens.

Indeed, so should all governments, whether out of decency, solidarity, or self-interest. After all, there’s a strong likelihood that someday soon their citizens will be blacklisted under this racist, nativist, and culturally exclusivist regime.

Walden Bello was chairman of the Philippine House of Representatives Committee on Overseas Workers from 2010 to 2015. He’s been put into secondary screening by U.S. immigration officials almost every time that he’s entered the United States owing to his record of arrests in the U.S. while opposing the Marcos dictatorship in the 1970s and 1980s.