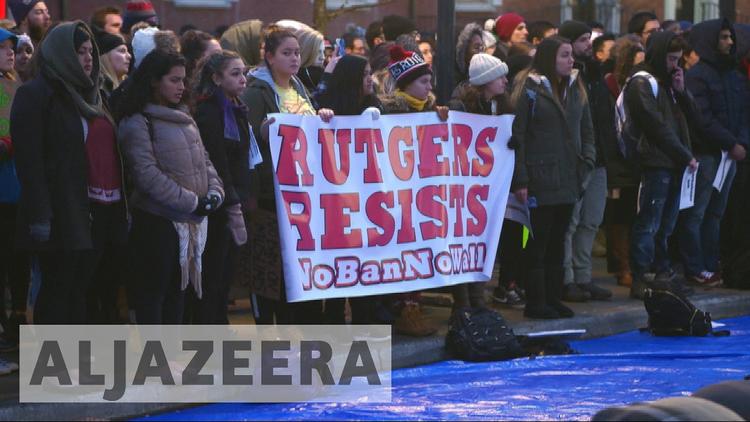 Donald Trump’s executive order to restrict immigration from seven countries has sparked widespread criticism from several quarters, including the business world. Not only does it conflict fundamentally with long-standing American values, it also seriously undermines the country’s economic dynamism and its ability to harness the talent and enthusiasm of immigrant workers.

There are many reasons why people from all over the world choose to build their careers in the US. As well as the ample opportunities for work at a host of great companies, a big reason why people are drawn to the US is its commitment to diversity, tolerance and equal rights. Applying an en masse travel ban against lawful US residents and visa holders seriously destabilises this image. As a result, it weakens an important source of competitive advantage.

It’s hardly surprising then that several business leaders profoundly disagree with Trump’s decision, including Apple’s Tim Cook and Ford CEO Mark Fields. Most US businesses would not be as competitive without immigration and in fact immigrant entrepreneurs have made significant contributions to the American economy.

Weighing up the research

Research into diversity shows the value of a varied workforce. It suggests that companies excel when people with diverse perspectives are brought together, not kept apart. Diverse groups often possess a wider range of knowledge, alongside distinct skills which enhance their ability to meet the different challenges that a business may face. Proponents of diversity have long argued that the varied opinions put forth by ethnically diverse groups facilitate better decision-making and innovation.

It is worth noting, however, that studies looking into the impact of diversity on organisational performance have produced mixed results. Some have shown that diversity positively impacts performance through better information processing abilities, high-quality decision-making and innovative problem-solving. Other research has found that diversity can present some setbacks to performance – differences in ethnic background can give rise to disagreements about key decisions, goals and plans of action.

Yet, other research shows that this collision of perspectives is often a good thing. It is crucial for enhancing the effectiveness of work processes and leveraging the creative energies that drive performance. And the need to reconcile divergent views, means work groups that are diverse assume a more methodical approach to processing information. This prevents them from falling prey to the problem of groupthink where critical thinking goes out the window and people settle on decisions that appear to be the consensus.

Some recent research has also shown that racial diversity is important at all levels of the organisation as it can improve a firm’s ability to be competitive, which is often achieved through improving old products or introducing new ones, as well as developing new advertising campaigns and entering new markets. Greater racial diversity increases the likelihood that employees will have different knowledge bases.

If this information is exchanged between colleagues and there is a collective learning environment, it gives people greater access to information, enhances their capacity to recognise opportunities for new investments and develop marketing strategies that are customised to suit specific cultural preferences.

Overall, any potential downsides of diversity are outweighed by its ability to create the type of value that is both difficult to imitate and rare.

So diversity is not simply the right thing to do from the standpoint of social responsibility, it also has obvious payoffs for businesses. Their long-term sustainability and growth depends on how well they can capitalise on the diversity of their workforce.

In an increasingly globalised world, it is essential that firms reflect the diversity of the environments they operate in. Plus, individuals with greater cultural sensitivity will be particularly well-positioned to recognise nebulous opportunities in untapped markets. In contrast, a homogeneous workforce will lack the skills to exploit new opportunities or address the unmet needs of their customers if they do not reflect the characteristics of the markets they are trying to reach.

In the wake of the travel ban, Trump’s campaign slogan “Make America great again” seems rather ironic. The failure to appreciate that immigrants are good for innovation, competitiveness and the nation’s future flies in the face of this aim. The executive order and the chaos it has created for many individuals, families and businesses could result in lost opportunities, leaving many to wonder whether Trump’s vision for the nation is really so great after all.