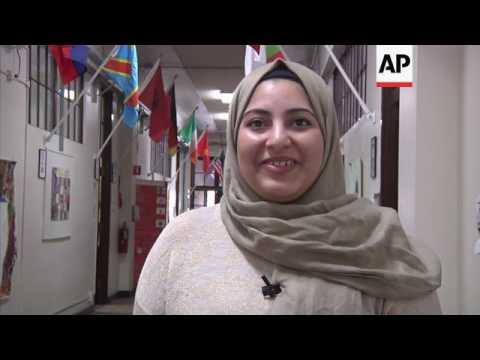 The so-called “Muslim ban” has been compared to U.S. treatment of Jewish refugees during the Holocaust. It’s actually even more draconian.

The MS St. Louis, whose Jewish refugee passengers were turned away from the United States shortly before the Holocaust. (Photo: Wikimedia Commons)

The specter of desperate refugees gratefully touching American soil for the first time, only to be sent back to the countries they were escaping, has naturally evoked comparisons to Jewish refugees who were turned away from the United States in the Nazi era.

In particular, many critics of the Trump admiration’s Muslim and refugee ban have invoked the German ocean liner the MS St. Louis, which was packed with more than 900 desperate Jews fleeing Hitler in 1939. After being denied entry to Cuba, it then tried unsuccessfully to enter a U.S. port, tailed by the Coast Guard. Entreaties to the highest levels of the Franklin Roosevelt administration were of no use. The St. Louis steamed back to Europe, where more than 250 of its passengers would perish in the Holocaust.

This comparison, however, is inexact, because those passengers didn’t hold U.S. visas. In fact, what the Trump White House ordered is even harsher.

As my colleagues Richard Breitman and Allan Lichtman showed in FDR and the Jews, U.S. officials had leaned on Cuba to accept the St. Louis passengers, and expected them to find temporary asylum there. When Cuban officials canceled their landing permits and turned them away, Roosevelt didn’t open U.S. ports to them because the passengersdidn’t have visas to enter the United States.

The moral failings of this approach now seem clear. But it’s important to remember that there were no death camps in 1939. Though the level of persecution Jews faced in Germany and Austria was horrifying, it hadn’t yet developed into mass murder. Nonetheless, Roosevelt had worked hard to get other countries to take in more Jewish refugees. Under his leadership the United States itself eventually accepted some 200,000 through a legal process he personally labored to expand.

Of course, it wasn’t enough — there was a ten-year waiting list for U.S. visas — but Breitman and Lichtman argue that Roosevelt went as far as he thought the anti-immigrant Congress would permit without provoking it into shutting the gates entirely.

The refugees Trump has ordered turned away, on the other hand, do hold valid visas to enter the United States. The door to their salvation, opened after an extensive vetting process lasting more than a year, has been slammed in their faces. Some were detained or denied boarding at the airport. They face return to their countries of origin or degraded conditions in crowded camps.

It’s as if the passengers on the St. Louis had been clutching U.S. entry visas as they sailed mournfully back to Europe, watching the lights of Miami disappear over the horizon. That would be unimaginable — and is why, as with so much else coming from the new administration, Trump’s action is unprecedented.

A better historical comparison to Trump’s order banning legitimate refugees would be the actions of the highest-ranking official dealing with European refugees during the war, Assistant Secretary of State Breckinridge Long. In 1940, Long personally authored an order making it nearly impossible for any more Jews to come to the United States — even if they were able to amass all the documents and sponsors necessary and persuade a consular officer of their bona fides. Long issued his order knowing it would cause a “drastic reduction” in refugees saved.

Long confided to his diary his feelings about Jews: “They are lawless, scheming, defiant — and in many ways unassimilable… Some are certainly German agents.”

Long was wrong. Not a single Jewish refugee admitted to the United States ever spied for the Nazis. Like refugees fleeing the charnel house of Syria today, they were escaping persecution and violence, not spreading it. But Long ensured that even Jews legally eligible to immigrate to the United States were kept out, thereby becoming the chief villain of the U.S. response to the Holocaust.

Like Long’s, Trump’s action isn’t a rational security measure, since vetted refugees who settle in the United States have killed zero Americans in terrorist attacks. Like the phantom Jewish refugees who supposedly worked for the Nazis, the charge of collaboration with the oppressors they’re fleeing is a canard. (Trump counters by pointing to Germany, but the few new arrivals who committed acts of terrorism there did not go through the extensive U.S. vetting process.)

From chief strategist Steve Bannon’s crusader talk to ex-National Security Adviser Mike Flynn’s blustery tweet that “fear of Muslims is RATIONAL,” from calling for a “Muslim ban” to preferential treatment for Christians, Trump has made clear what motivates his order. He should think about how history has judged Breckinridge Long. Tragedy ensues when policy is based on prejudice.

Max Paul Friedman is a professor of history at American University and a visiting fellow at the U.S. Studies Centre at the University of Sydney. He’s the author of Nazis and Good Neighbors (Cambridge University Press).