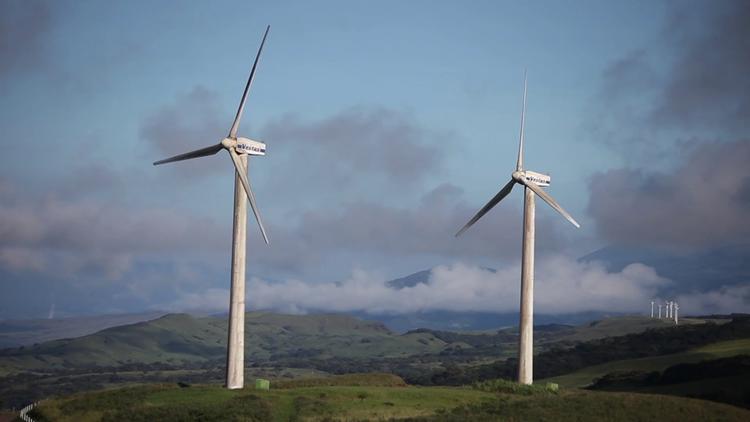 Taking a look at Latin America can provide some low-budget guidance on making a difference with less.

During the week of March 12, 2017, the Trump administration revealed details about its national budget proposals. Among the significant changes observed in this budget proposal were reducing the U.S. Environmental Protection Agency spending by US$2.6 billion or one third for a 2018 budget of US$5.7 billion that would result in 3,200 fewer jobs.

How can this budget be best spent? Let’s take a look at Latin America.

Latin America has the largest reserves of arable land on the planet, which find itself threatened by the main challenges of climate change. These effects are taking shape in different ways, from the negative impacts on agricultural lands to the reemergence of diseases that were thought to be eradicated.

The Latin American region has an enormous potential to offer global solutions to agricultural challenges given the vast size of its land mass. In other words, Latin America can guarantee the food security of the world, since it is home to one third of the world’s freshwater resources and one quarter of the world’s farmable lands. Furthermore, Latin America exports more food products, on a net-basis, than any other region in the world.

The following countries offer examples from Latin America on how to mitigate climate change’s effects by implementing environmental policies combined with the humanitarian desire to reduce these effects.

Committed to achieving peace, Colombia has combined the post-conflict process with the Revolutionary Armed Forces of Colombia, or FARC, to include initiatives focused on sustainable growth and rural development to generate work opportunities. The launch of this national project, called “Colombia 2030: A Sustainable and Peaceful Future,” includes a 15-year trajectory with financing of US$1.9 billion.

The Sustainable Colombia Initiative was launched at the Climate Change Summit in Paris-COP21 two years ago. The project intends to deal with elements that are accelerating climate change, development of rural lands, sustainability and social inequality that has resulted from years of conflict. The Inter-American Development Bank has been supporting the project by providing grants totaling US$1.5 million, focusing on strengthening the international climate change agenda, conservation and biodiversity as well as the formulation of a pipeline of investment projects and program coordination assistance.

In 2013, Colombia committed to eliminating deforestation in the Amazon by 2020, representing 40 percent of its territory. As a means to achieve this goal, Colombia extended its National Park Natural Sierra de Chiribiquete by almost 3 million hectares, an area the size of Belgium.

This small Central American country takes advantage of its rains for hydroelectric power generation and continues to work so that its energy matrix is completely derived from “clean” sources with zero carbon emissions by 2021. Thus, Costa Rica is close to becoming the first country in Latin America to be carbon neutral through use of renewable energy.

Moreover, the country has created a national system of carbon neutrality certificates to reduce and offset its carbon emissions, in addition to a carbon-neutral certification standard that 65 companies have adopted to help achieve the country’s goals.

After the Conference of Parties or COP 21 in Paris, Mexico introduced a new policy on clean energy — its Energy Transition Law, which includes a clean energy target up until 2024 to meet its ultimate goals of 35 percent clean energy. Mexico has set forth its short-term goals in the country’s Special Climate Change Program between 2014 and 2018 to reduce the vulnerability of Mexico’s population, protect fragile ecosystems, increase environmental services, and improve infrastructure to address climate change.

In 2014, Chile introduced a carbon tax of US$5 per metric ton. This tax came after Chile’s Office of Climate Change began developing its Low Emissions Capacity Building Program in 2012. Chile has successfully concluded the second phase of a research project MAPS-Chile that proposes analyzing emissions until the years 2020, 2030, and 2050. Chile’s greatest advancement thus far is its contribution to climate change research through its various research centers that the country has established to study the effects of climate change.

Guatemala has implemented an ambitious energy policy aimed at generating 80 percent of its electricity from renewable energy sources by the year 2030.  Guatemala has strengthened its legal framework, approving its Climate Change Law in 2013.  In the country’s Intended National Determined Contribution, Guatemala has committed to reduce emissions by 11.2 percent. Guatemala’s forestry law that was passed in 2015 is an important measure against deforestation in the country.

The most important lesson gleaned from these five Latin American countries is not the amount of sheer investment poured into large climate change development projects, but rather the political will of these nations to confront one of today’s universal challenges. Even with the current proposed budget cuts of the EPA, the United States of America has considerable resources available to continue the progress it has made to address the effects of climate change.

Taking a look at Latin America can provide some low-budget guidance on making a difference with less.

Geovanny Vicente Romero is the founder of the Dominican Republic Center of Public Policy, Leadership and Development (CPDL-RD). He is a political analyst and lecturer based in Washington, D.C. Reach him on Twitter @geovannyvicentr