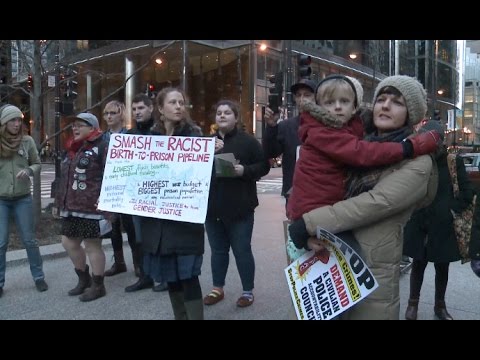 The Trump administration’s policies have already triggered public outrage and massive opposition. To understand the techniques that make opposition effective, it is useful to look at regular patterns of injustice and outrage.

When powerful groups do things that might trigger resistance, they regularly use five methods to reduce public outrage: cover-up, devaluation, reinterpretation, official channels and intimidation/rewards. Take torture for example. Cover-up is exemplified by the fact that torture is nearly always done in secret. Devaluation is the labeling of victims as terrorists or criminals. Reinterpretation is the justification of torture by the need to obtain crucial information. Official channels come into play when torture is challenged and governments set up inquiries or charge low-level functionaries, thereby giving the appearance — but not the substance — of justice. The method of intimidation/rewards is seen when victims are threatened with further reprisals if they speak out or senior officials are rewarded with promotions.

All of these techniques were used in the case of torture by U.S. guards at Abu Ghraib prison in Iraq, as revealed in 2004. They can also be found in all sorts of injustices, including censorship, sexual harassment, economic inequality and genocide. The Nazis under Hitler, despite dictatorial powers, used the same methods to reduce outrage.

It is, therefore, predictable that the Trump administration will seek to reduce outrage over its policies. To illustrate this, and to show how the five usual methods can be countered, let’s look at the government’s attempted ban on entry to the United States by citizens of seven countries.

The first thing to note is that the government openly announced the ban on January 27. It didn’t try to hide or cover it up, which enabled massive opposition to emerge rapidly. This runs very much counter to some of Barack Obama’s repressive policies — the prosecution of whistleblowers using the Espionage Act and the murder of thousands of people using drones — which were carried out with little publicity on the administration’s part.

Not all of Trump’s damaging policies will be so highly visible — for example, the planned repeal of the Dodd-Frank financial oversight law may pass under the radar. Therefore, the important lesson for opponents is that exposure of injustice is crucial. Whistleblowers, investigative journalists, courageous editors and social media networks all help convey information to receptive audiences. Publicity is vital for mobilizing opposition.

In an effort to devalue the target of the ban — which was obviously Muslims — the Trump administration claimed its aim was to stop terrorists.

The counter to such devaluation is validation, namely asserting and raising the status of those targeted. One effective counter was to tell stories about particular individuals adversely affected by the ban, especially ones with notable accomplishments or whose plight was especially unfair. For example, the story of a young software engineer working for Facebook, with photos and personal details, can cause readers to empathize with the individual, undermining rhetoric about terrorism.

Another technique of validation is endorsement by and affiliation with valued members of the community. When dozens of leaders of major technology companies protested against the ban and expressed solidarity with their foreign-born employees, this undermined the credibility of the ban.

To counter the technique of reinterpretation, it is necessary to explain why the action is unjust. Critics of the ban were quick to point out that the ban might actually foster more terrorism by giving credence to extremist claims that the U.S. government is anti-Muslim. Critics also pointed out that countries where Trump has investments were not affected.

Trump framed the ban in the language of anti-terrorism. Critics countered by framing it as a violation of the principles underlying U.S. freedoms.

When a powerful group does something that others see as unfair, one of the ways to reduce outrage is to refer the issue to a formal process or agency, such as an expert panel or court, that is supposed to deliver justice. However, when the perpetrators are powerful, official channels often serve to reduce outrage while giving only an appearance of justice. Because people believe that official channels are addressing the problem, they are less likely to protest. Furthermore, official channels are slow, depend heavily on experts (such as lawyers), and are highly procedural, so outsiders cannot easily understand how decisions are reached. In general, to increase the effectiveness of campaigns against injustice, it is usually better to avoid official channels and instead focus on mobilizing support.

In response to Trump’s entry ban, some opponents turned to the courts, having initial success in blocking implementation of the ban. The court process soon upstaged other forms of resistance. Another problem is that relying on the courts sets a precedent for other campaigns: It will seem that if a Trump order is judged legal by the courts, then it is acceptable.

Turning to the courts to oppose Trump actions thus has both positive and negative aspects. It may be successful in the short term or on a particular issue. However, it can also help legitimize measures that are unfair but legal. What’s more, it can disempower grassroots campaigning, thereby inhibiting the development of more creative and participatory methods of resistance.

The final method for reducing outrage has two sides: intimidation and rewards. Undoubtedly many of those affected by the travel ban have been reluctant to speak out because they fear reprisals. On the other hand, those justifying and implementing the bans can expect support from the administration. For opposition to be effective, it is vital that some individuals and organizations resist despite the possibility of reprisals and that some players within the system refuse to participate despite rewards.

In the case of the travel ban, opponents have been highly successful in mobilizing support, to such an extent that it can be said that the ban backfired on the administration by empowering opponents and discrediting Trump.

The techniques of exposure, validation, interpretation, mobilization and resistance have been crucial in challenging the ban. The implication for future campaigns is to be aware of the methods commonly used by perpetrators of injustice to reduce outrage and be ready to counter each one of them.

Brian Martin is professor of social sciences at the University of Wollongong, Australia and vice president of Whistleblowers Australia. He is the author of 14 books and hundreds of articles on dissent, nonviolence, scientific controversies, democracy and other topics.