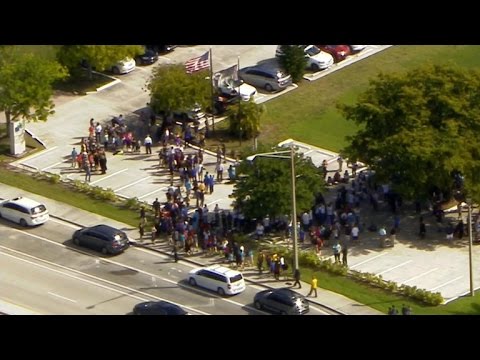 Some Jewish groups see the vandalism and threats as a sign that anti-Semitic groups have been emboldened by Trump’s election.

Jewish community centers and schools in at least 13 U.S. states reported receiving bomb threats on Monday, the fifth wave of such threats this year that have stoked fears of a resurgence of anti-Semitism.

The threats, all of which appeared to be hoaxes, were received in Alabama, Delaware, Florida, Indiana, Maryland, Michigan, New Jersey, New York, North Carolina, Pennsylvania, Rhode Island and Virginia, the JCC Association of North America said. For some centers, it was the second or third time this year they had been targeted.

Police in Mercer Island, Washington, also reported a community center was targeted by a bomb threat.

“Members of our community must see swift and concerted action from federal officials to identify and capture the perpetrator or perpetrators who are trying to instill anxiety and fear in our communities,” David Posner, a director at the JCC Association, said in a statement.

The Federal Bureau of Investigation and the Justice Department’s civil rights division have said they are investigating the threats alongside police, but little information has been made public about any perpetrators.

Some Jewish groups see the vandalism and threats as a sign that anti-Semitic groups have been emboldened by Trump’s election. His campaign last year drew the support of white supremacists and other right-wing groups, despite his disavowals of them.

CBS This Morning: “New wave of threats to Jewish centers across U.S.”