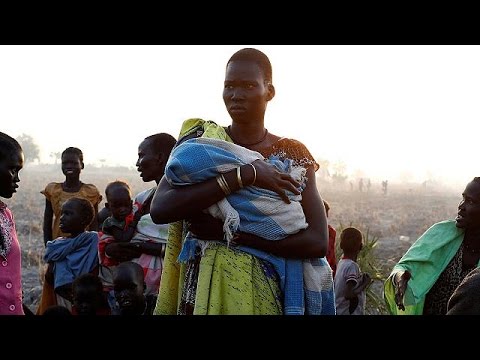 The United Nations Office for the Coordination of Humanitarian Affairs warned Saturday that the globe is facing the worst humanitarian crisis since the end of World War II.

* More than 51 mn persons were displaced (i.e. kicked out of their homes and made homeless). That is the highest number since WW II.

* The disasters caused $82 bn in damages.

That’s in general. There were 6 “Level 3” emergencies in particular countries. Level 3 is the most severe category the UN has, implying large-scale humanitarian crises.

What strikes me is how up to its neck the United States is in creating these crises.

Iraq’s death spiral was kicked off when George W. Bush invaded and occupied it under false pretences. From 2003 to the present, Iraq has never had a chance to get back to normal. The US invasion led to 4 million people being displaced. Likely hundreds of thousands died.

Then the US is up to its neck in the Yemen War, wherein Washington supports the mad Saudi-led bombing raids on backward little Yemen. It helps the jet fighters refuel and the Pentagon even helps choose targets for the forces of the coalition, which is mostly led by Saudi Arabia.

The US has prolonged the Syrian Civil War by strongly backing, via the Saudis and Turkey, one side– the fundamentalist rebels. Half of the 22 million Syrians are displaced.

The US pushed for the secession of South Sudan from Sudan, but then appears, typically, to have done nothing about nation-building. Tribal feuds that have riven the new country. In the old days, the Khartoum regime could at least intervene to broker a deal but now it is irrelevant and the US hasn’t substituted.

As for the Philippines, its crisis is because of unusually powerful typhoons, which are caused by the Pacific Ocean becoming warmer. The US, by putting billions of tons of carbon dioxide into the atmosphere, has created the possibility of climate change on steroids.

So at the very time when the Trump administration wants to turn its back on the world’s migrants, the globe’s worst crises have accelerated.

Euronews: “UN warning about “largest humanitarian crisis” since its creation”