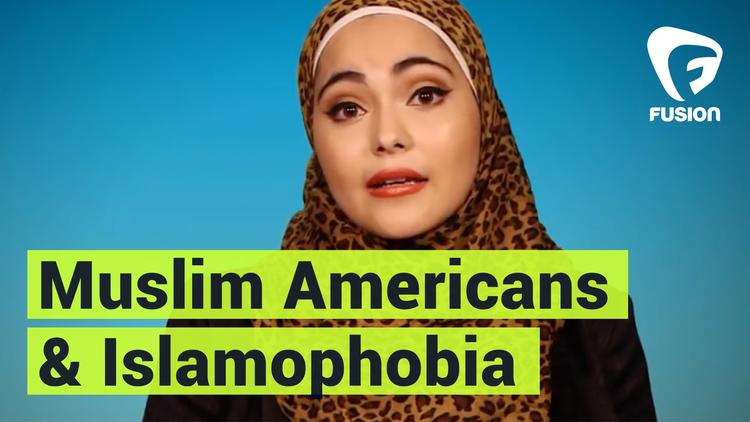 By Peter Hopkins and Robin Finlay | (The Conversation) | – –

Muslim youths tend to be portrayed as politically disengaged or potentially extremist. Debates about the “war on terror”, and US president Donald Trump’s immigration plans are damaging how the world sees young Muslims today.

But the way that Muslim youth are being talked about in the media is only part of the story. That is why we spoke to 35 young Scottish Muslims about how they engage with political debates and stand up for their rights in a positive way. The majority of Muslim youths aged 15 to 27 who took part in our research participate in public and political life. These young people are challenging the idea that they are a threat, or not interested. Instead, they are eager to engage.

However, while there were numerous passionate responses from our study participants, we also found that some young Muslims encounter specific challenges that have the potential to put them off politics.

Everyday experiences of Islamophobia and racism make public and political participation especially challenging. For some young Muslims, there is a fear that it could leave them open to racist hostility. Moreover, Islamophobia makes some anxious about appearing overly politicised.

Some young Muslim women in our study felt that they had to deal with multiple prejudices, too, based not only on their religion but also their gender. Gender norms within communities and stereotypes of Muslim women – such as those associated with the hijab – were emphasised as potential barriers.

But despite this, we have found that young Muslims in Scotland, like many worldwide, are overwhelmingly keen to get involved in both local and global politics. Being interested in politics is not just about voting, or having an opinion. Though we did find that young Muslims participate in conventional electoral politics, many are also involved with social activism, volunteering and charity work.

For the young Muslims we spoke to, Scottish electoral politics was seen as a key form of political participation. Despite the stereotype of Muslims not wanting to be part of British life, the politics of Scotland are of particular interest to many of the young Muslims living in the country.

Interestingly, the 2014 independence referendum, Scottish nationalism and the Scottish National Party have all captured the attention of many young Muslims. A Pakistani Muslim man from Glasgow told us that he thought the referendum “did wonders” in Scotland, because, like many young people both Muslim and non-Muslim he wasn’t interested in politics before it happened.

Some young Muslims we spoke to believe that the referendum has helped define what it is to be Scottish in a new multicultural society. Many interpreted Scottish nationalism and the possibility of Scottish independence quite differently to the recent comments made by the London Mayor Sadiq Khan.

He warned that Scottish nationalism could be as divisive as racism and religious intolerance. But young Muslims consider Scottish independence as a progressive idea. One Muslim woman from Edinburgh told us:

I find it has been really inclusive. It’s not about the colour of your skin, and it’s not about where you come from, it’s about what you want for Scotland.

Framing Scottish nationalism in this way was an important factor in motivating young Muslims to engage in electoral politics. It was a political movement many felt they could support and be involved in. Whether they were for or against, everyone could voice their opinion on the independence referendum, regardless of race or religion.

Politics for these Muslims goes beyond the mainstream big issues, and indeed beyond conventional politics. From the 35 we spoke to, we found that the most frequently engaged with forms of activism included protest marching, awareness-raising events and internet activism. Like many young people of all backgrounds, their political concerns were wide-reaching.

Global issues – such as the refugee crisis, concerns about human rights and anti-war activism – came up in discussion. At the same time, more local matters such as concerns about poverty in Scotland, food banks and the Trident nuclear deterrent were on the minds of the study participants, too.

For these young Muslims, engaging with public life went further, into charity, community and volunteering work. The majority of participants volunteered or did some form of charitable work. The activities were varied, ranging from fund-raising for international causes to local community work such as street cleaning.

For some, political participation is a way to respond and challenge difficult prejudices. Understandably, though, prejudices make others cautious about pursuing an interest in politics. Despite our positive findings, young Muslims are willing to play a much bigger role in public and political life in Scotland. But for that to happen, society needs to overcome Islamophobia, racism and other stereotypes about Muslim young people.